Educational Qualification : Candidates should have Degree of Law from a recognized University and enrolled as an advocate under the Advocates, Act, 1961 till last date of submission of application form. Valid registration is must. The suspended Registration not be accepted
Nationality : Indian
Age Limit : 22 to 35 years As on 31.01.2015
Selection Process: Selection will be based on Written Test & viva voce.

Models of policy-making and their critique; Processes of conceptualisation, planning, implementation, monitoring,
evaluation and review and their limitations; State theories and public policy formulation.

2. Philosophical and Constitutional framework of government:

Machinery of planning; Role, composition and functions of the Planning Commission and the National Development Council; ‘Indicative’ planning; Process of plan formulation at Union and State levels; Constitutional Amendments (1992) and decentralized planning for economic development and social justice.

Budget as a political instrument; Parliamentary control of public expenditure; Role of finance ministry in monetary
and fiscal area; Accounting techniques; Audit; Role of Controller General of Accounts and Comptroller and Auditor
General of India. 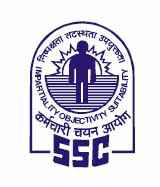 Educational Qualification : Candidates Must have passed Matriculation Examination or equivalent from a recognized Board.
Nationality : Indian
Age Limit : 18 to 25 years as on 01.01.2016
Age of Relaxation :

Educational Qualification : Candidate should have bachelor’s or master’s degree in Business Administration in any discipline from a recognized university or a reputed institute. Preference will be given for specialization in Advertising or marketing in MBA/BBA and Experience in relevant Field.
Nationality : Indian
Age Limit : 50 years (As on 01.10.2015)
Selection Process : Selection will be based on shortlisting and Personal Interview.

How to Apply : Interested & Eligible Candidates are required to apply online through SBI website www.sbi.co.in between 19.10.2015 to 26.10.2015. Scan copies of the application ( registered online) along with photocopies of ID proof, Proof of Date of Birth, Educational certificates/marksheets, Experience certificates ( as indicated above), Copy of enrolment with Bar Council, Proof showing details of compensation package of present employment, e-Receipt for fee payment, should be sent through email (Scanned copies) to “Central Recruitment & Promotion Department, Mumbai by 29.10.2015 on email address [email protected].

For a better, safer browsing experience, please upgrade your browser using the following links. These links will take you to pages that are not in SBI COIN and will require you to download the required software updates for your browser. 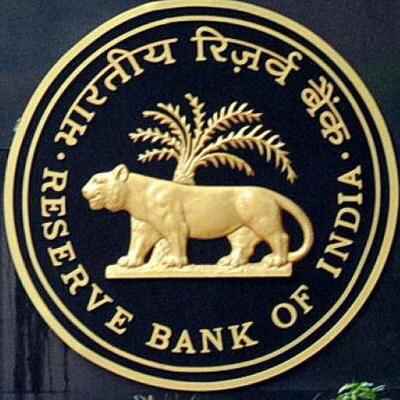 For SC/ST/PWD/EXSM Candidates : Rs. 100/-
For OBC/General Candidates : Rs. 850/-
The payment can be made by using Debit Cards (RuPay/Visa/MasterCard/Maestro), Credit Cards, Internet Banking, IMPS, Cash Cards/ Mobile Wallets by providing information as asked on the screen. SC/ST and PWD candidates are exempted from payment of application fee.

Educational Qualification :
For Assistant Engineer : BE / B. Tech (Civil ) with Diploma in Industrial Safety OR B.E.(Civil) or Diploma in Civil Engg with 5 years Experience in relevant field.
For Assistant Manager : B.Arch / M.Arch preferred OR B.E.(Civil) with 5 years Experience in relevant field.
Nationality : Indian
Age Limit : 50 years
Selection Process : Selection will be through Interview by a Committee constituted by the Competent Authority.

How to Apply : Eligible & Interested candidates may apply in prescribed application form along with copies of all the relevant certificates, testimonials as prescribed for the post send to General Manager (HR), Bangalore Metro Rail Corporation Limited, III Floor, BMTC Complex, K.H.Road, Shanthinagar, Bangalore 560027 superscribing the envelope as “APPLICATION FOR THE POST OF …………”. on or before 03.11.2015.

The Nainital Bank Limited invites Application for the post of Management Trainees. Apply before 27 October 2014.

Educational Qualification : Graduation/ Post Graduation with minimum 55% marks in Arts /Science/ commerce/ Agriculture and Management from recognized University/ Institute. The SC/ST candidates will be given relaxation of 5% in the minimum required percentage of marks.
Nationality : Indian
Age Limit : 18 to 27 years (as on 30.06.2014)
Application Fee : Rs. 800/- in case of general candidates and Rs. 400/- in case of SC/ST candidates. The required fee is to be remitted through NEFT.

How to Apply : Eligible and Interested candidates may apply in prescribed application form along with relevant documents send to The Vice President [HRM], The Nainital Bank Limited, Head Office, Seven Oaks Building, Mallital, Nainital, Uttarakhand – 263001 on or before 27.10.2014.

Educational Qualification : Graduation/Post Graduation with minimum 45% marks. Knowledge of Computer Operation is essential.
Nationality : Indian
Age Limit : 18 to 27 years (as on 30.09.2015)
Selection Process : Selection will be based on Online Test & personal interview

Application Fee : Candidates have to pay Rs. 800/- through NEFT.

Home Registration Login How To Apply: Step 1- Click on the Registration button in the top right corner of the page. Step 2- Fill your personal details in the page and click submit/next button. Step 3- In the next page fill all qualification details, professional details. Submit the data. A provision…

Educational Qualification : Candidates Must Have Passed A Degree of BA/B.Sc or equivalent their to from a recognized university .
Nationality : Indian
Age Limit : 18 to 37 Year As on 01.01.2015
How to Apply : Interested candidates may apply on Plain Paper along with attested copies of relevant testimonials & Certificate send to Office of the District & Sessions Judge, Moga on or before 17.10.2015.

Be the first to know and let us send you an email when 10calls Jobs & Exams Alert posts news and promotions. Your email address will not be used for any other purpose, and you can unsubscribe at any time.

Other Government Organizations in Delhi (show all)