Aanandam will be an elite group housing project of approx 500 apartments. It is a open Luxurious accommodation with plenty is a natural light, water front


Fresh moving water are known to have a peaceful and calming effect on human body, there is nothing as soothing as the sounds of a natural running water. Flowing water lends a relaxing element in todays hectic life style. Flowing water eases the tensions and allow the vibrations of the life to enter us and npourish our Aura. You can expect unique artistic fountains


Fresh moving water are known to have a peaceful and calming effect on human body, there is nothing as soothing as the sounds of a natural running water. Flowing water lends a relaxing element in todays hectic life style. Flowing water eases the tensions and allow the vibrations of the life to enter us and npourish our Aura. You can expect unique artistic fountains 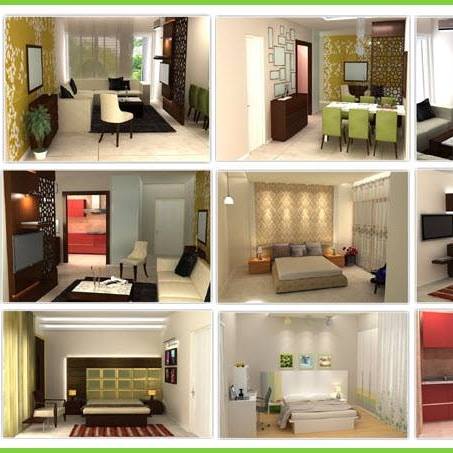 Dip in borrowing cost, affordable housing to boost house purchases in 2015: Survey - The...

Through land pooling, areas in Najafgarh, Kanjhawala and Narela would be converted into a model city under the Centre's 'Smart City' plans. On Property India...

The Ministry of Urban Development has approved the regulations for land pooling policy in Delhi, which will pave way for the development of about 100 residen...

Aanandam will be an elite group housing project of approx 500 apartments. It is a open Luxurious accommodation with plenty is a natural light, water front

Every state government has to evaluate all cities/towns in that state based on these criteria and nominate the top performers as per the number assigned to each state. 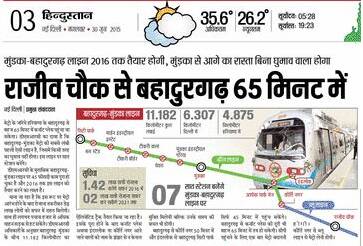 All about Smart City !!!

PM Modi had announced his vision to set up 100 smart cities across the country soon after his government was sworn into power mid last year. Since then a race has been on among cities to land on the list that the ministry of urban development is compiling. The 100 smart cities mission intends to promote adoption of smart solutions for efficient use of available assets, resources and infrastructure. Dipak Dash explains what these smart cities are and how they will work.

A city equipped with basic infrastructure to give a decent quality of life, a clean and sustainable environment through application of some smart solutions.

The next step is identification of the 100 cities and for this a city challenge competition to be conducted by Bloomberg Philanthropies is envisaged. The current plan looks to select 20 cities this year followed by 40 each in the next two years.

It is part of the US-based Smart Cities Council, which is a consortium of smart city practitioners and experts, with a 100-plus member and advisor organizations operating in over 140 countries.

6. All states will get at least one smart city

A Special Purpose Vehicle will be created for each city to implement Smart City action plan. The SPV will be signed with the urban local body, state government and the Center for implementation of the project.

After government announces the guidelines, states will be asked to nominate names of cities for a ‘City Challenge Competition’ and the chosen ones will get Central fund of Rs 100 crore each year for 5 years.

8. The basic criteria for selection of a city/municipal area

The Delhi Development Authority (DDA) is all set to develop nearly 200 villages in the national Capital under its land pooling policy. Regulations for operationalisation of the much-awaited policy, which will pave way for easier acquisition of land for housing projects, was approved by Lieutenant-Governor Najeeb Jung in an authority meeting on Friday. Jung also directed the land owning agency to improve the quality of flats and streamlining existing land conversion system. The policy of land pooling will allow land owners to pool their land for development by DDA. But instead of compensation, they would get back 40-60 per cent of land after development of infrastructure by DDA, which they can keep for themselves or give to private developers.

The proposal includes conversion of 95 villages into ‘development area’ and 88 villages into ‘urban villages’. “The creation of development area will ensure integrated development of urbanisable area as stated in the Master Plan Delhi (MPD) 2021 under the new land pooling policy. This will also help the development of farmhouses and country homes in those localities,” explained an official. The proposal also states that a land pooling cell will be created for the same which will be responsible for coordinating between the authority and private entities. “Several aspects like creation of posts within the land pooling cell and budget for administrative expenditure is also included in the proposal,” he added.

Sources said a few areas where such ‘development areas’ will be built include Mehrauli, Bijwasan, Chhatarpur, Ghitorni, Bamnoli, Fatehpur and Khanpur. However, the proposal would exclude areas falling under regional parks and green belt. Also the jurisdiction of identified unauthorized colonies, which are being regularized by the Delhi Government and development of village abadi areas, shall be only as per village development plan, informed an official.

Meanwhile, in a situation where scores of flats in areas like Vasant Kunj and Rohini are yet to be allotted even after four years, Delhi L-G Najeeb Jung directed that the quality of construction of DDA flats be looked into. He also emphasized on the need for streamlining the system of conversion of property from leasehold to freehold to avoid inconvenience caused to public through repeated delays.

India's push to accommodate a booming urban population and attract investment rests in large part with dozens of "smart" cities like the one being built on t...

What is Smart City mission? 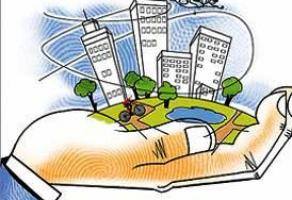 Anil Kumar Sharma, CMD, Amrapali Group- Smart Cities and AMRUT (Atal Mission for Rejuvenation and Urban Transformation) are interlinked and ensures basic infrastructure. It is an appreciating decision to build around 2 crore houses for the urban poor as we know almost 40 percent of population either lives in urban centres or depends on urban centres to make a living. All these steps taken by government show the vision to provide homes for all by 2022 which is in the direction to fill the huge gap between demand and supply.

Getamber Anand, president,CREDAI: CREDAI congratulates Prime Minister Narendra Modi on the launch of three ambitious schemes – Smart Cities Mission, Atal Mission for Rejuvenation and Urban Transformation (AMRUT) and Housing for All and we extend our support towards these engines of India’s infrastructure growth. To address the current urbanization challenge, these schemes are a step in the right direction and the need of the hour is to bring a hold on sporadic development and look at the holistic picture and implement a focused plan of action.

Mohit Goel, CEO, Omaxe Ltd- The launch of three urban rejuvenation schemes (Smart Cities, Atal Mission for Rejuvenation and Urban Transformation (AMRUT) and Housing for All ) by the Prime Minister today, entailing an investment of approx. Rs 4 lakh crore, will go a long way in providing homes to urban poor, job opportunities, better landscape, upgraded lifestyle, liveable cities and more importantly a fillip to the economy. Also, development of 100 smart cities and push for urban infrastructure upgrade for 500 cities through PPP model will breathe new life in our cities and throw up a lot of opportunities for the real estate which is going through rough patch over the past two years. The ground up approach towards giving a direction to how our cities grow is definitely praiseworthy considering the unorganised and haphazard development that has been happening in our cities. However, the main challenge for state governments and urban local bodies is to get things going by making effective use of huge investments, new technology and innovative methods in rejuvenating our cities. Omaxe’s presence in 8 States across 27 cities gives us the benefit in the huge opportunity that unfolds with these three urban schemes taking firm shape; and we are geared up for this challenge.

Pradeep Jain, chairman, Parsvnath Developers Ltd- It is happy to see that the government has come up with a plan on urban development and smart cities. Introduction of interest subvention scheme for urban poor under Housing for All scheme; upgrading urban infrastructure under AMRUT and creation of Smart Cities will definitely change the face of our city landscape while improving the lifestyle of its residents. While fund allocation on these schemes is good, it should be ensured that proper utilization takes place and it reaches the concerned authorities. The govt should also note that developing an all new city would require huge land bank i.e. agricultural land, therefore a common consensus on the Land Bill is very much required. We need to balance infrastructural, urbanisation and industrial growth while providing full attention to agricultural growth for a holistic development.

Rana Kapoor, president, ASSOCHAM and MD & CEO, YES BANK- The Government is delivering on its promises of building ‘cities of the future’ and has taken a decisive step towards actualizing the 100 Smart Cities initiative. This will create a significant multiplier effect for over 250 core and ancillary sectors including infrastructure, logistics, modern retail and improved synergy between rural and urban centers.

Deepak Kapoor, president, CREDAI Western U.P.- Approval to the smart cities and Atal Mission for Rejuvenation and Urban Transformation (AMRUT) will bring in a lot of development to the country. However, we would like the authorities to consider NOIDA and Greater NOIDA in the larger scheme of things as these two cities are near Delhi and have the potential to deliver successful smart city that will be happily lapped by the buyers/investors. The idea of smart cities is for the greater development of the country and will help us be counted as among the developed nations.

Anil Kothuri, president & head - Retail Finance, Edelweiss- Given that the majority of India’s population is slated to live in cities by 2035, the Prime Minister’s announcement today is a welcome, if belated, recognition of the crucial role that cities have to pay in the growth of India. The development of Smart Cities will ensure that there is a threshold quality of life for all citizens. This will lead to higher productivity in the cities and consequently higher growth. Also welcome is the inclusion of the poor in the planning process. The law to protect consumers buying property will bring about transparency and professionalism in the primary real estate market.

Manoj Gaur, president, CREDAI NCR: Today India is in dire need of an infrastructural push. Development of smart cities and rejuvenation of existing cities would certainly revamp their current status and would help India relish its ambition of Housing for All. the initiative will also help comparatively smaller cities mark their presence on development radar. Though there are few things which may play catalyst in the development and government must consider them before moving ahead. It should bring pro-development Land Acquisition Act in place at earliest. It should also bring in mechanism for faster approvals to cut down delays and corruption. It should also chalk out plan for an equal development of the society where poor and underprivileged are not missed out. These are some of the concern areas which might hurt government’s ambitions if not sorted out quickly.

Be the first to know and let us send you an email when Cyrus society posts news and promotions. Your email address will not be used for any other purpose, and you can unsubscribe at any time.

Send a message to Cyrus society: