TRINBAGO UNIFIED CALYPSONIANS' ORGANISATION (TUCO) TAKING CARE OF BUSINESS THROUGH OUR MUSIC....LONG LIVE KAISO!!! By Calypso Our Stories are Told!!!

Taking Care of Business... Through Our Music!!! Long Live Kaiso!!!

Mighty Sparrow - All The Way To Italy

The failed assault on the 1990 World Cup finals spawned quite a few calypsoes. At my number 20 King Sparrow demonstrates his trade mark style, Against the backdrop of a wide range of activities and events taking place in the country he offers this joyful lament when the team failed. If you want to recall what happened in 1989 the calypso does this, including facts and gossip.

I Am Lion the Concert is about to be phenomenal!

A blend of Calypso and Soca like you’ve never seen!

Myron B the HUMOROUS BOSS!!!

Tobago’s 2022 Junior Calypso Monarch is 10-year-old D’ashe Saul. The young entertainer attends the Parlatuvier Anglican Primary School and is no stranger to the stage. He shared the message behind his winning piece in this I Love Tobago segment.

As the world con­tin­ues to open up, Na­tion­al Ge­o­graph­ic has is­sued an ear­ly re­lease of its an­nu­al Best of the World com­pi­la­tion ear­ly and Trinidad & To­ba­go is on the list! The Nat­Geo re­view helps trav­ellers be­gin plan­ning for the year ahead. T&T has been ...

Nicole Thomas's added another trophy to her cabinet on Sunday night with victory in the inaugural Tobago carnival TUCO calypso competition at the Shaw Park Cultural Complex.

I Am Lion the Concert is about to be phenomenal!

A blend of Calypso and Soca like you’ve never seen!

Collaborating with the Mighty Sparrow for the song “Legacy” has become the highlight of Aaron Duncan’s career. He spoke to TTT News about the duo’s offering at the Trinbago Unified Calypsonians’ Organization’s award ceremony for the Diamond Jubilee Calypso Monarch on Wednesday.

The Mighty Trini takes the Queen's Hall by Storm with his friends on Sunday 6th Nov, 2022 at 6pm. It is guaranteed to be an evening of laughter!!

And come out for an evening of fun, laughter and sing along!

The Funeral of the late Winston “Explainer” Henry takes place on Friday 14th October 2022, 9:30 am at the Grand Stand, Queen’s Park Savannah.

A procession will follow after the funeral service from the Savannah down Frederick Street and concludes at Independence Square.

There will be a public viewing on Thursday 13th October 2022 between the hours of 10am and 12noon at the Queens Park Savannah, Port of Spain.

At the funeral please wear something Red for Love, Strength and Victory! 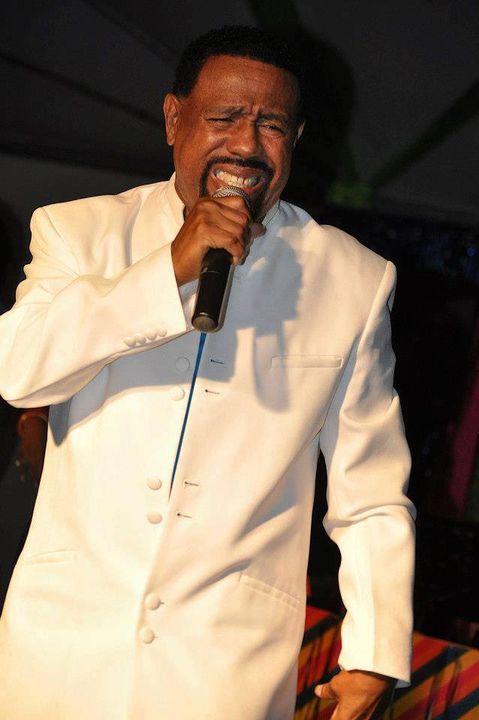 Thank you to all the finalists who competed and contributed to making this competition a great success.

Calypso is Christmas too- Crazy

Calypso is Christmas too- Crazy

Every year Erphaan Alves says thank you to his fans and friends in the soca industry with a charity concert entitled "Grateful.

This year, despite the COVID-19 pa

Mighty Sparrow to be ‘immortalised’ in wax museum

Mighty Sparrow to be ‘immortalised’ in wax museum

BOBIE-LEE DIXON To add to his long list of accolades, Slinger “Mighty Sparrow” Francisco will now be immortalised at the Caribbean Wax Museum in Norman Centre, Bridgetown, Barbados. The life-like depiction of the ‘Jean and Dinah’ singer will be unveiled tomorrow on the premises of The Commer...

❤️Bringing you our Christmas Culture in the comfort of your homes 🇹🇹

●Why are we having this Telethon?

✓ To help persons directly affected by the COVID-19 pandemic within our Steelpan community
✓ To help fight the effects of COVID-19
✓ To provide tangible support to vulnerable families
✓ To build comradery
✓ To keep our entertainment industry active and create a space to display creativity
.
.
Together we CAN fight the effects of 💪🏾✊🏿✊🏿
.
.
Make a Special Pledge! Invite a friend or two to view the Telethon!🙌🏽❤

Thank you, may God Bless you

PAST and present monarchs, veterans and young calypsonians turned up to show love and celebrate the 79th birthday of Leroy “Black Stalin” Calliste on Republic Day at a virtual benefit concert that was streamed live. Stalin’s classic Come with It, performed by calypso and soca royalty Terri Lyo...

OCTOBER IS CALYPSO HISTORY MONTH...BY CALYPSO OUR STORIES ARE TOLD!!!

Be the first to know and let us send you an email when TUCO Trinidad & Tobago posts news and promotions. Your email address will not be used for any other purpose, and you can unsubscribe at any time.

Gather your crews, your picnic baskets and your coolers and come lets have ah time on the Bus!!! Sunday 14th July, 2019...See you there!!!

Come out bring YOUR love AND support

Other Public & Government Services in Port of Spain

The members of the Dynamites calypso tent NY, extend deepest condolences to the family of the legendary Dr Leroy "Black Stalin" Calliste, friends, the calypso fraternity,the people of Trinidad and Tobago and the Caribbean on his passing, he has truly been a blessing to us all.

It is our prayer that he be accepted into the place of eternal peace.
Cache of discarded old 45 rpm vinyl records found in the dirt.
An amazing discovery, - while preparing to plant some coffee in the earth, a collection of old vinyl records were discovered. It appears that it has been lying in the ground buried for in excess of 40 years, since I saw a label on a record of the Lord Kitchener dated 1976. Clearly someone had no use for them. My reaction was that there are probably long lost recordings of lost calypsos. I'll clean up a couple and drop them off by your offices and you could do some kind of restoration and analysis.
A “Taste of Carnival'' activity for the 2022 season has been given a Green Light by our Minister of Tourism, Culture and the Arts, Sen. Randall Mitchell, but of course, not in the same format as it would have been pre-pandemic.
.
With identified Safe Zone venues and allowance for Vaccinated Persons only, be like “Pan Man” in our short film and understand the importance and need for us to get vaccinated, despite any fears or concerns, if we want our carnival to fully return soon, and to take part in some of the events in the weeks ahead!

On the occasion of World Tourism Day the TTCSI extends greetings to all of our members in the industry.

Hey everyone. Today on our we pay tribute to the late Antigua and Barbuda Calypso legend 𝗦𝗶𝗿 𝗥𝘂𝗽𝗲𝗿𝘁 𝗣𝗵𝗶𝗹𝗼 otherwise known as 𝗞𝗶𝗻𝗴 𝗦𝘄𝗮𝗹𝗹𝗼𝘄 who passed away on 11th September 2020 at the age of 78.💐

We will be highlighting one of his songs “𝗧𝗿𝗶𝗻𝗶𝗱𝗮𝗱 𝗧𝗵𝗲 𝗚𝗼𝗱𝗳𝗮𝘁𝗵𝗲𝗿”, which highlights the Big Brother role that Trinidad and Tobago has taken on in the Caribbean over the years.

Tuco Trinidad-Tobago, the governing body for calypso in Trinidad and Tobago paid tribute to the veteran stating that he has been recognised for contributing nearly 60 years to the soca and calypso art form. He was known for such hits as “Party in Space,” “Subway Jam,” “Fire in the Backseat” and “Man to Man.”

King Swallow was awarded the Order of Merit (Gold), and the Grand Cross of Princely Heritage by the government of Antigua and Barbuda. Each award was conferred in recognition of his sterling contribution to the calypso art form. In 2011 PM Bird recognized his 50 years of artistry and excellence by nominating him to be honoured with a knighthood.

TUCO Trinidad & Tobago
Great is Calypso ( the history of Calypso) a musical masterpiece composed by Gregory Ballantyne produced by Calliston "Cally" Pantor and sung by Carlton Louison.
I would like to humbly submit as a theme song for Calypso History Month 2020.

Other Public & Government Services in Port of Spain (show all)