Meetings 1st Saturday of every mo Flotilla 5-5 was originally founded in the 1950's on Eagle Mountain Lake in Tarrant County, Texas.

The unit was chartered in it's present capacity sometime in the early 1960's, and has been providing recreational boating safety education, vessel inspections, marine dealer program visits, and safety patrols ever since.

Happy Birthday to the AIR FORCE

Causes Of Fires On Outboard-Powered Boats

Causes Of Fires On Outboard-Powered Boats

The top five causes of fire on outboard-powered boats and recommendations on how to avoid them. 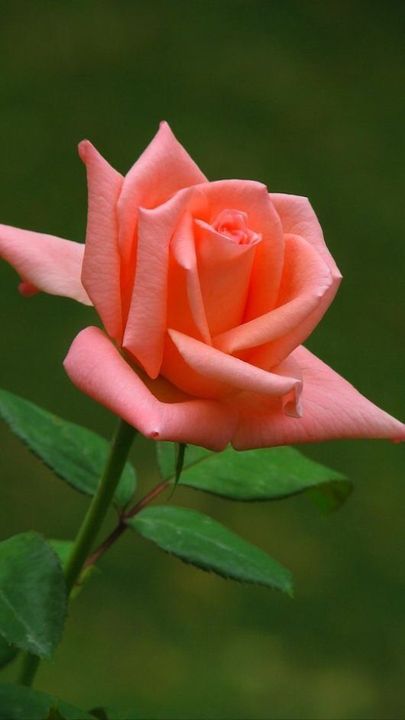 Celebrating the 231st Birthday of the oldest continuous seagoing service of the United States. 🇺🇸

Lifesavers, Guardians, Warriors - Thank you for your service.

Our next meeting is Saturday, August 7th at 10:00 am, come visit our flotilla.

1. National Wear Your Life Jacket to Work Day is Friday, 21 May, and National Safe Boating Week (NSBW) is Saturday, 22 May, through Friday, 28 May. This year marks the fiftieth anniversary of the Federal Boat Safety Act of 1971. The message then was the same as it is now: "please boat safely." The f...

Flotilla monthly meeting for May will be Saturday, May 8 at 10:00. Visitors are always welcome.

The Federal Boat Safety Act of 1971 has changed recreational boating for the better.
.
Find out all the reasons we are celebrating its 50th anniversary: https://www.safeboatingcouncil.org/federal-boat-safety-act/

Emergency safety whistle by Whistles For Life is designed by search and rescue professionals, featuring a low profile. Perfect for every boater.
.
Just $4.50: https://www.safeboatingcouncil.org/product/emergency-safety-whistle/

Our Safe Boating Brochure box is great for outreach efforts & includes the following brochures: Be Safe, Be Smart (50), Federal Requirements for Recreational Boaters (50), U.S. Aids to Navigation (25), How to Choose the Right Life Jacket (50), & Your VHF-DSC Marine Radio (50).
.
Get yours today: https://www.safeboatingcouncil.org/product/safe-boating-brochures-box/

Waves of Hope | One Moment Can Change Your Life

Waves of Hope | One Moment Can Change Your Life The new DHS Outstanding Unit Award is a Department-level award, presented by the DHS secretary, similar to those presented by the secretaries of Defense and Transportation. The award recognizes units whose meritorious actions and operational impact distinguish them above the level of service unit commendation, in our case the Coast Guard Unit Commendation.

Even in this difficult year, we are appreciative of many things. Thankful for our incredible members, thankful for the opportunity to serve the boating public, and thankful for our friends, family, and fellowship. We are particularly thankful for those standing the watch today and everyday to keep us safe — our active-duty military, law enforcement and first responders. Our thoughts are also with the families separated from their loved ones today.

Using the right knot is critical to making sure your vessel is secure so it doesn’t drift away. Many people drown every year trying to retrieve their boat, so please wear a life jacket when you’re retrieving anything in the water. #LifeJacketsWornNobodyMourns

BRAVO ZULU to the SPARS who served, and to all women who have served or currently serving TEAM Coast Guard! ⚓

For more about the history of SPARS, visit https://www.history.uscg.mil/Browse-by-Topic/Notable-People/Women/SPARS/

Emergency Communication Devices are your first line of defense in an emergency as they alert authorities you are in need. The devices can be installed on your boat including a VHF Radio, Emergency Position Indicating Radio Beacon (EPIRB) and Satellite Phones, or these devices can be worn on your person, like a Personal Locator Beacon (PLB). #ODW21

Our spunky and devoted #CoastGuard Lady Lois Bouton is getting ready to transition to Assisted Living shortly. She has graciously donated some of her memorabilia to the Coast Guard Museum amongst other people and units.

Once she gets a new address she will let us know, but you can continue to write to her current address. 📝

Huge THANK YOU to the U.S. Coast Guard Sector Lower Mississippi River and Sallisaw crews who helped Lois get situated.

Just like driving under the influence (DUI), it is illegal to drink and operate a boat in all 50 states, with each state enforcing their own unique penalties for those caught boating under the influence. These include large fines, possible jail time, and a potential effect on your driver’s license. #ODW21

This week we have celebrated the Marine Corps birthday and Veterans Day. For #ThrowbackThursday we share an iconic photo that demonstrates the Coast Guard's strong relationship with our brothers and sisters serving in the Marine Corps. #SemperFi #SemperParatus

After only one year in the program he was sent to Bombardier school where he graduated as a 2nd lieutenant. In 1948, the Army Air Corps became the Air Force.
During his WWII duties, Mr. Victor was sent on 55 bombing missions where he proudly severed and fought for our country.

After attending two war colleges, he transferred to the U.S. Coast Guard where he retired as a Captain after 33 years of service.

Happy Birthday and thank you for your service, Captain Victor!

The U.S. Marine Corps and the U.S. Coast Guard have a rich history together, and we are proud to serve side-by-side with these outstanding men and women. Today, we celebrate 245 years of the U.S. Marine Corps' dedicated and selfless service to this Nation.

On September 11th, 2001, as hundreds of thousands fled south from the burning towers, people quickly discovered something we often forget: that Manhattan is ...

Volunteering with the US Coast Guard Auxiliary

Honor – Integrity is our standard. We demonstrate uncompromising ethical conduct and moral behavior in all of our personal and organizational actions. We are loyal and accountable to the public trust.
Respect – We value our diverse membership. We treat each other and those we serve with fairness, dignity, respect, and compassion. We encourage individual opportunity and growth. We encourage creativity through empowerment. We work as a team.
Devotion to Duty – We are volunteers who seek responsibility, accept accountability, and are committed to the successful achievement of our organizational goals. We exist to serve. We serve with pride.

National Radio Day recognizes the great invention of the radio. Maritime radio communications have been an essential part of Coast Guard operations for decades and has helped shape the history of the Service. From radio beacons that once transmitted from lighthouses and lightships to the worldwide reach of LORAN and the earliest shipboard radios to today's SATCOM and Rescue 21, the broad array of radio systems utilized by the Coast Guard is almost too numerous to list.

Make sure you pay attention to buoys and markers while boating. Many times accidents can be prevented if you know and obey all buoys and markers. Also, remember #LifeJacketsWornNobodyMourns.

I want to say THANK YOU to Sergeant Major of the Marine Corps Troy E. Black and our U.S. Marine Corps brothers and sisters as we celebrate 230 years of service this week. We are proud to serve beside all of you!

William Thiesen, Historian Coast Guard Atlantic Area A few armed vessels, judiciously stationed at the entrances of our ports, might at a small expense be made useful sentinels of the laws.  &…

Be the first to know and let us send you an email when U.S. Coast Guard Auxiliary, Flotilla 5-5, 8th District Coastal Region posts news and promotions. Your email address will not be used for any other purpose, and you can unsubscribe at any time.

Other Government Organizations in Azle

Trying to find info on a friends boat that the USCG has been searching for since yesterday, They were due into Chula Vista Marina about the 4th, No contact since the 2nd and believed to have been about 30 Hrs south of Chula Vista on the 26th of Dec. They are sailing a 52' Irwin, "YACHTCRUZ" REG #1241894. Any help with a website that stays up to date or a good place to get currant info on this search would be appreciated. Thanks