A relational network of pastor & city leaders in Dallas/Fort Worth who are partnering for revival citywide. Pastoral Covenant

Putting love first and last in every situation keeps us in the abiding Presence of God. Non-negotiable love can heal and seal every problem that may occur in any relationship. Two - Relationships of Openness and Honesty

Relationships of openness and honesty allow us to drop the mask and the image we unconsciously present to the world. In this way we live in conscious freedom and joy before people

Putting love first and last in every situation keeps us in the abiding Presence of God. Non-negotiable love can heal and seal every problem that may occur in any relationship. Two - Relationships of Openness and Honesty

Relationships of openness and honesty allow us to drop the mask and the image we unconsciously present to the world. In this way we live in conscious freedom and joy before people 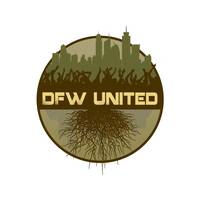 The same day (Oct 8th) of the Pastors Luncheon (with Lance Wallnau) the CMA National Media Summit is being held (same location - Church121) It's time to take the media mountain.
http://christianmediaconference.com/ 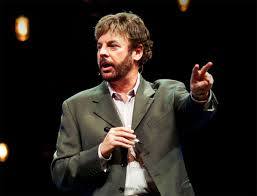 Pastors & Leaders UNITE TODAY, BUILD FRIENDSHIPS, PRAY TOGETHER and receive from LANCE WALLNAU a strategic message. Luncheon $10 starts at 12noon - 1:30p. WE MUST UNIFY IN HEART & SPIRIT AND BE THE VOICES OF OUR COMMUNITIES & NATION AGAIN! 840 Mustang Dr. Grapevine, TX 76051

Pastors,
Aug 7 a 3 day E###otica Expo kicks off at the Dallas Convention Center bringing "perversion personified" into our city. The media & press and city haven't touched the story. Join us on August 6 at 6p as we Jericho march the convention center and through repentance, humility, worship and spirit led prayer shut down the spirit behind this event. All it takes for wickedness to prevail is for righteous men to do nothing.

Article below:
It's billed as the largest event in the U.S. dedicated to love and sex. It’s been held previously 26 times in six different cities.
"What concerned us most is the convention is being hosted on a city-owned property, and that, in a way gives a sort of tacit OK-ness to a convention that really in a way glorifies the sex trade,” said Roslyn Dawson Thompson.
The Dallas Women's Foundation has raised the alarm, noting in a letter to Mayor Mike Rawlings that the event is sponsored by online escort businesses and others who deal in the sex trade.
"A lot of the sex trade does impact women and children who are not willingly participating, so our concern is with the victims of trafficking,” said Thompson.
Mayor Rawlings responded to the Dallas Women's Foundation, writing, "I am deeply concerned" and "I understand your disgust,” but noting, "Use of the Dallas Convention Center is subject to the First Amendment” and "the city therefore cannot deny its use strictly based on the content of a planned event."
The letter seems to imply that the mayor intends to do what he can to prevent E###otica Expo's return.
"I believe he does,” said Thompson.
"Have you run into blowback like this before at other events in other cities?” FOX 4’s Richard Ray said via Skype to J. Handy, who produces the E###otica Expo.
"We certainly have had different protests,” he said. "To anybody in that situation I would simply say don't come to the show…it's an opportunity for open minded, like-minded adults to celebrate and embrace something that's been going on since the beginning of time The mental picture people get, the conclusions they draw before the event happens are not really in line with what the event actually is."
To detractors who are hoping to stop a return visit of E###otica Expo, Handy had this to say: "Pretty much every city we've done once, we've done twice."
Handy says there will be more than 100 vendors selling what he called "pleasure products" and adult entertainment.
Also on hand will be more than 150 adult performers signing autographs and taking pictures.
The three-day event begins Friday, Aug. 7.

If you don't take a risk, you take a risk it's been said. Join a small group of developing friends who realize they can't reach a city alone. www.dfwunited.org

Check - In and check out the impact your having!

Every "Check In" on FB when worshiping at The Refuge Church provides a meal or water to a child. Impacting a life via a Click!

DC16: The Next Great Awakening

Unity with 30,000 pastors Appealing to Heaven 2016 on the steps of the Lincoln Memorial in DC. Will you be a part of unlocking history to the next generation? http://youtu.be/CI9bVmia6fM

DC16 will gather thousands of pastors and Christian leaders from all over America to Washington DC at the Lincoln Memorial not to protest, but to pray; not t...

Dallas uniting to honor families of modern day heroes. Are you ready to carry the load together?
http://events.carrytheload.org/site/TR?fr_id=1220&pg=entry

Over 2,000 Leaders Unite for Transformational Move of God in Dallas

God is up to something up team....

Could your city replicate this model? 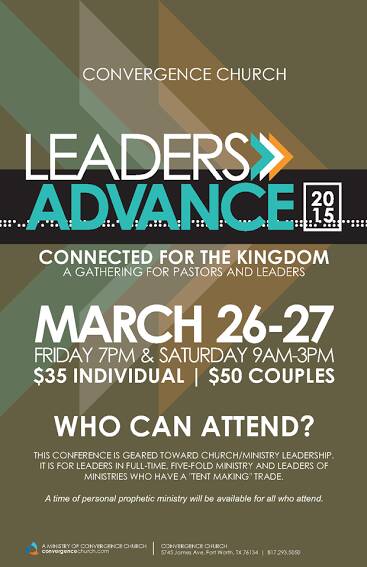 If you missed the DFW United Presence Conference with Graham Cooke & Luke Holter ....Listen to these leadership geared messages for 2015. http://www.therefugedfw.com/media.html 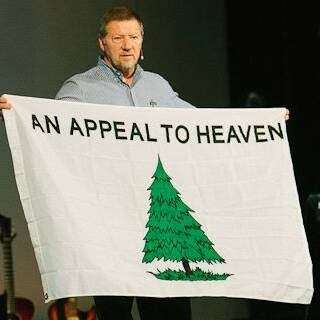 You're The One - Brandon Richardson - Official Lyric Video

Brandon is releasing a new sound across the country. RAW. UNTAME. WILLIAM WALLACE. He's leading this week at the Conference. Get into his music. You'll trip out if your hungry for a fresh encounter. http://youtu.be/jwJ0jdeXHro

http://www.brandonrichardsonmusic.com "You're The One" from the Album "Single Eye" by Brandon Richardson Available on iTunes https://itunes.apple.com/us/albu...

Check out this documentary about Luke Holter story. Luke is speaking this week at The Presence Conference.
http://vimeo.com/109199530

This is "Prophetic Uprising" by Simmons Visual Arts on Vimeo, the home for high quality videos and the people who love them.

The pastors luncheon with Graham Cooke, Dave Wagner & Luke Holter is filling up. Bring a friend who needs encouragement & courage restored. It will be impossible not to be encouraged after these 3 days. Look forward to seeing the DFW United Tribe! www.dfwunited.org/the-presence

Uniting the Body of Christ via Relationships & Prayer in DFW. Limited Seating. www.dfwunited.org/the-presence

The hungry invited! See you in few weeks. The prepared will be promoted in 2015. Pastor Jeff

RIVER OF LIFE IS NOW THE REFUGE - COME EXPERIENCE HIS POWER & PRESENCE http://conta.cc/1A1xtfH

How lovely it is when brothers dwell together in unity. The Refuge Church & New Life Church with pastor Brad Carignan honored 100 homeless and treated them like royalty for an evening. Our best holiday dish, feet washing before they got their new shoes as a prophetic act. The gospel presented by Pastor Jacob Watson with power following. Backs, Knees lives healed.

Great word from Bobby Conner at our DFW Breakfast. Take 15 and be strengthened. Warmly, Jeff Baldwin

MediaFire is a simple to use free service for that lets you put all your photos, documents, music, and video in a single place so you can access them anywhere and share them everywhere.

We partnered with Pastor Steve Fish at Convergence Church this past Friday night and Open Door Church worship lead & pastor Steve Fish brought an Incredible word on HOPE for our city. Afterwords we all broke bread and took the friendship to a new level! Pastor Steve & Marci Fish are the real deal and Convergence Church is ready to burst! They are the tip of the spear for revival in the west gate. Go visit them and lift them up as they "Preserve the unity in the bond of peace across DFW."

The Christian Values Summit this thurs with David Barton & at Prayer Mountain with pastors & leaders across DFW was incredible! Unity & the Black Rob Movement has begun in Pastors Hearts to rise and regain a voice in our nation! Great job Lewis Hogan! Was packed out!!

Today at 11:30a -1p pastors & leaders are gathering with urgency in their hearts to push back the darkness & lock arms and unify in one accord over our city. If not now, when? Threat of Ebola, Terrorist coming thru our borders, corruption, trafficking.....it's time to Appeal to Heaven for our families & churches & city.

Be the first to know and let us send you an email when DFW UNITE - Pastors Partnering for Revival posts news and promotions. Your email address will not be used for any other purpose, and you can unsubscribe at any time.

Send a message to DFW UNITE - Pastors Partnering for Revival:

Other Public & Government Services in Bedford

If you are looking to expand your outreach ministry then radio is for you!