We pride ourselves in finding the best regional and touring musicians Northwest Ohio has to offer. T

The Bluffton Town Hall Concert Series is a rare collection of multi-cultural, folk and other genres that are hard to find in public settings elsewhere.

The Devil went down to Georgia at the town hall... but he was playing jazz trumpet.

Miss having fun local shows but here is a great video of Zapruder Point from February. Enjoy!

In response to concerns over the spreading of COVID-19, we will be cancelling the Bluffton Town Hall Concert scheduled for 3/21/20. We are disappointed, but will be attempting to reschedule with Glass City Special and Aaron Jonah Lewis for an appropriate time in the near future. Thanks and please reach out with any questions. 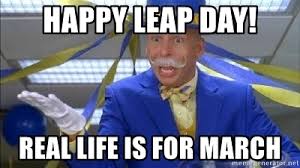 We are excited to present "The Rough and Tumble" as our featured act for the August Townhall Concert Series. Thursday, August 22nd at 7:00 PM!

The Rough & Tumble are as easy to detect as a stray dog on your doorstep-- and as difficult to send home. The dumpster-folk, thriftstore-Americana duo, consisting of Mallory Graham & Scott Tyler and their menagerie of classic and homemade instruments, have been hobbling around the country in their 16’ camper with their dogs since 2015. Formed in 2011, the stray folkies are as industrious as they are scrappy, releasing five EPs and two albums in their 8 years. The Rough & Tumble’s 2018 release We Made Ourselves a Home When We Didn’t Know, brought the listener to the road, an album “as cozy, comfortable and inviting as a well-worn couch.” The Rough & Tumble are headed back into the studio in early 2019 for a later year release.

Many thanks to the Matchsellers for putting on a great show. We hope to see you all for Jane Siberry in April!

We’re very excited to have the very talented Matchsellers playing for our March Townhall Concert Series! Saturday the 30th at 7:30.

Many thanks to Doug Adams for putting on a great show last night and thanks to everyone for coming out. Stay tuned for The Matchsellers in March!

Thursday the 28th! We hope to see you there!

A big thanks to everyone who came out last night...it was a wonderful crowd! Stay tuned for announcements about future performers!

Be the first to know and let us send you an email when Bluffton Town Hall Concert Series posts news and promotions. Your email address will not be used for any other purpose, and you can unsubscribe at any time.

We began the year with our first monthlong tour out west in Jan-Feb initiated by a gracious invite to play the Portland's Folk Festival (a total blast). Returned to prepare for our first song release on April 5, where we had a heck of a time playing a string of shows at HeyNonnyAH with The Yellow-Bellied Sapsuckers, 210 Live with Cave Twins, Mackey's Hideout with Almond&Olive and The Elbo Room with Grace Kinter, The Little Birds, and Jerod Bolt Music.

Played around the Midwest region throughout the spring and summer while recording a bunch.

Went on another monthlong western tour where learned how physically dry yet artfully juicy is Joshua Tree, CA. Played some wonderful places including Hootenanny, met so many wonderful folks at FAR-West, returned to the Midwest for Folk Alliance Region Midwest (FARM), then out to play a lot of firsts - OHIO Bluffton Town Hall Concert Series and Sofar Sounds: Cleveland, Rochester, NY Abilene Bar and Lounge with Sarah Eide, Bonehart Flannigan supporting Matt Woods touring with his new record Natural Disasters, and Songwriters Circle at Irving Theater in Indy, a city that has been very kind to us since the beginning.

We are looking forward to our last run of the year supporting our good friend Brad Byrd as he plays around New England.

Will post a full schedule soon, but our first night with him is Brad Byrd at Rockwood Music Hall - 12/11, 9pm on Dec 11

Last hometown gig of the year tonight (Friday) Matthew Pittman & Christina Eltrevoog / Jim Van Fleet
Tangled Roots Brewing Company (Jim is the writer of the song For Our Love we’ve adopted or hijacked as ours.) 🖤

It’s a long road ahead, but we are so happy to have started the journey. Thank you all for listening, supporting and meeting us along the way.
Love you all. @ Follow the Yellow Brick Road
The Rough & Tumble Howl Back at Bluffton Town Hall Concerts with The Rough & Tumble and Bluffton Town Hall Concert Series
Let's kick it real cool as we finish up summer, huh? That means, go see your favorite teeny tiny traveling folk band.

Other Bluffton government services (show all)