The official page of Buffalo's Own-Golden Griffin Army ROTC Battalion. Our program is comprised of s The Golden Griffin Battalion is headquartered at Canisius College in Buffalo, New York.

The Battalion is partnered with SUNY at Buffalo (UB), SUNY at Buffalo State College and is affiliated with Daemen College, D'Youville College, Hilbert College, Medaille College, and Erie Community College. Full-time students can cross enroll and participate in the leadership experience. For more information about Army ROTC check out www.cadetcommand.army.mil or https://www.canisius.edu/academics/programs/rotc-canisius Cadets and Cadre from the GGBN participated in several Veteran's Day ceremonies today, including the Buffalo State Silent March. The Silent March honors members of the Buffalo State community who have served in any branch of the United States military or allied forces. #buffalosown #armyrotc #leadershipexcellence #armyteam #buffstate #veteransday

Honoring Those Who Have Served

What came to be known as Armistice Day was primarily a day set aside to honor veterans of World War I, but in 1954, after World War II had required the greatest mobilization of soldiers, sailors, Marines and airmen in the Nation’s history; after American forces had fought aggression in Korea, the 83rd Congress, at the urging of the veterans service organizations, amended the Act of 1938 by striking out the word "Armistice" and inserting in its place the word "Veterans." With the approval of this legislation on June 1, 1954, November 11th became a day to honor American veterans of all wars.

Today we honor those that have made the commitment to serve our great nation throughout its history. To all who have served we say Happy Veterans Day and thank you for your service!

Special thanks to @ubstudentexp and UB Veterans Services for allowing the Golden Griffin Battalion to participate in your tribute to student veterans.

GGBN Cadets got some outstanding hands on training with various weapons systems as they prepare for marksmanship training during next week’s super lab!

Meet the GGBN CDT of the month, CDT Rave from the @universityatbuffalo . CDT Rave led the way as CDT BN Commander scoring a 574 out of 600 on last week’s ACFT. He is a Geological Sciences major and joined ROTC because of a deep desire to serve the United States. He is from Kennesaw Georgia and enjoys playing baseball during his free time. Keep up the great work!

CDT Than Than Tway attends D’Youville College. Her major is sociology with a minor in psychology. Burma is where she was born, but Thailand is where she grew up. CDT Tway enlisted in the @nationalguardny before joining ROTC. She is in 152 HHC, which is an engineer unit. She is fluent in 3 different languages and enjoys painting during her free time. CDT Tway hopes to branch Medical Service or Adjutant General.

Congratulations to 2LT Megan Terry on officially becoming an Army Officer this morning! The Golden Griffin BN is proud of your accomplishments and wish you the very best in your future endeavors.

After 8 great days of training #operationagileleader is complete! The Cadets of Task Force Western New York did an outstanding job pushing themselves. They learned lessons that will help them reach their leadership potential and develop them into the officers that will lead our nation’s Army into the future. Best of luck in your MSIV year!

Congratulations to the Army’s newest Second Lieutenant! 2LT Fike commissioned into the @usarmyreserve today where we know she will do great things!

Join us on July 4th for America Salutes presented by ​@OurCommunitySalutes ​– a Virtual High School Enlistee National Recognition Ceremony– as we say "thank you" to the 150,000 high school students who've made the decision to serve our country by enlisting in @usarmy @usnavy @usairforce @usmarinecorps @uscoastguard @usarmyreserve. This global livestream event features home performances from well-known musical artists and THANK YOU video messages from celebrities, parents and service- members in the field– you won't want to miss this event! To register, sign the Virtual Thank You Card– and view the full line up, visit ameriasalutes.us See you on the 4th! #AmericaSalutes

It’s a small world and an even smaller Army. Pictured here are @canisiusalumni CPT Kaitlin Lafferty '14 and MAJ Will Day '08 serving together in 1st Brigade Combat Team, 10TH Mountain Division in Afghanistan.

Buffalo's Own is representing the GGBN all over the world! Keep up the great work!

Yesterday was truly a bittersweet day for the GGBN. We celebrated the accomplishments of the Army’s 12 newest Second Lieutenants in a virtual commissioning ceremony. Congratulations 2LTs! You are more than well equipped to tackle the challenges that lay ahead of you with integrity, compassion, and the utmost professionalism. Your cadre is proud of your accomplishments to date and look forward to seeing you accomplish even more in the future!

We also said goodbye to our Professor of Military Science and our Senior Military Science Instructor. LTC Gross is heading to State College, PA to lead the Penn State University Army ROTC program after 4 years at Canisius Army ROTC. MSG Burgos is retiring after over 20 years of service to his country. Our entire program has benefited immeasurably from the leadership and experience of these outstanding Soldiers. Thank you for your service and best of luck in your future endeavors!

Originally known as Decoration Day, Memorial Day originated in the years following the Civil War and became an official federal holiday in 1971.

The holiday originally honored only those lost while fighting in the Civil War. But during World War I the United States found itself embroiled in another major conflict, and over time the holiday evolved to commemorate American military personnel who died in all wars, including World War II, The Vietnam War, The Korean War, and conflicts all the way through the wars in Iraq and Afghanistan.

Please join us as we honor those who paid the ultimate sacrifice so that others may be free.

Can’t make it today? You can knock it out on your own! See the second picture for today’s workout!

Hey GGBN! Join another Zoom smoke session today to keep you on track to crush your fitness goals! Details on blackboard 🥇

Good morning Golden Griffin Battalion, from your MSII class! Whether we're enjoying the beautiful outdoors, or getting our training in, we are making the most of this quarantine. Pictured are some of our cadets doing various activities in order to keep busy.

The MS3 class is doing a great job of keeping busy and staying MOTIVATED while they wait to hear about their summer training requirements. They are busy at work, studying for finals, conducting PT, and still managing to get some quality 🎮 time in. Keep up the hard work GGBN!

The soon-to-be 2LTs of the Commissioning Class of 2020 are not letting quarantine stop them! They are busy at work, studying for finals, conducting PT, and preparing to Commission in June. Keep up the hard work GGBN!

Happy Monday GGBN! SFC Langridge challenges you to get off the couch and beat his time!

Did you miss out? No worries! Join us same time (1500) & same place (your 💻) for another great workout next week! Login details are posted to Blackboard. Buffalo’s Own!

We would like to say congratulations to GGBN alum and @canisiusalumni 2LT Trevor Hamm! 2LT Hamm recently graduated from the US Army Ranger school at Fort Benning, GA. Ranger School is is of the the toughest training courses for which a Soldier can volunteer. Army Rangers are experts in leading Soldiers on difficult missions - and to do this, they need rigorous training. For more than two months, Ranger students train to exhaustion, pushing the limits of their minds and bodies. 2LT Hamm is from Cleveland, Ohio and graduated from @canisius_college with a BA in Entrepreneurship. He commissioned as an Active Duty Infantry officer in 2019 and attended the Infantry Basic Officer Leader Course prior to starting Ranger School. He will be stationed with the 1st Infantry Division also known as The “Big Red One” at Fort Riley, Kansas. Keep up the great work 2LT Hamm!

Let's "PUMP" each other up next Thursday afternoon with a virtual workout on Zoom!

The workout will require little to no equipment.

Dig out your leotards and sweatbands and join Cadet Rosati, Cadet Tucker and some of your cadre at 3 pm!

Be the first to know and let us send you an email when Golden Griffin Battalion Army ROTC posts news and promotions. Your email address will not be used for any other purpose, and you can unsubscribe at any time.

Honoring Those Who Have Served 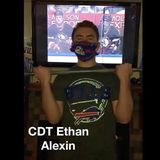 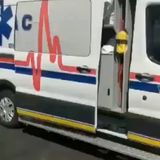 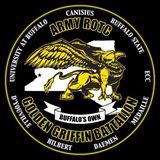 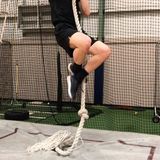 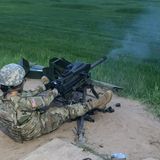 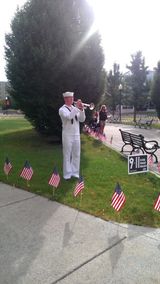 Other Government Organizations in Buffalo