Great news! Congratulations to all of the new Cook County Associate Judges! Welcome to the bench!

22 New Cook County Associate Judges Named The names of 22 new associate judges, selected in a vote of Cook County Circuit Court judges, were announced today by Marcia M. Meis, Director of the Administrative Office of the Illinois Courts. Ballots listing the names of 44 finalists, chosen from 225 can...

Led by probation officer Miquel Lewis, the Juvenile Probation and Court Services Department in Cook County, Illinois is implementing a staff-led effort to address racial and ethnic inequities in the juvenile justice system.

Congratulations to Attorney Terrence George! It was a privilege for me to swear him in today and welcome him to the bar.

Editorial: Reducing crime in Chicago: Instead of jail and a record, a second chance

Editorial: Of the 63 people who have gone through North Lawndale Restorative Justice Community Court since 2017, none have committed another crime. The court works, and it’s time to consider broadening its footprint.

It’s an amazing thing to see yourself on an exhibit for African American judges in Cook County, for Black History Month. This exhibit is at the Daley Center all month. I feel so honored and blessed.

Congratulations to Judge Lyle, the new Chair of the Illinois Judicial Council! I really enjoyed the installation and speech tonight!

Cook County Circuit Judge Freddrenna M. Lyle will be installed as the chair of the Illinois Judicial Council on Aug. 22 during the council’s 37th annual installation and scholarship awards banquet at the Marriott Marquis Chicago. During her term, Lyle aims to grow the council’s community outreac...

I was honored to be featured in the EIU Alumni magazine's Spotlight this month.

Congratulations to Jose, for retiring from the Cook County Clerk of the Circuit Court’s Office - Juvenile Justice Division! So many years of great work! I hope you enjoy your retirement ... you’ve earned it!

It's hard to believe that it was 3 years ago today, that I won the nomination for Judge of the Circuit Court of Cook County. I feel so blessed and thankful to my wife, family, friends, so many of you, and the voters of Cook County for giving me this incredible opportunity!

I am proud to announce that the Supreme Court has appointed me to a Special Committee on Juvenile Courts!

Serving as a Juvenile Court Judge has been everything I expected and more. It is such an honor and I’m looking forward to serving as a special committee member to address important issues concerning these juveniles in our court system, as well.

History was made today in the State of Illinois. I was proud to see my friends and mentors sworn in, Justice Carl Anthony Walker as an Appellate Court Justice, and Justice P. Scott Neville, Jr., as a Supreme Court Justice ... only the second African American in Illinois history! Congratulations!!! I gave my first Continuing Legal Education (CLE) class, as a judge, to a group of aspiring Bar Attorneys, who are interested in practicing in the Juvenile Court. Good Luck to all!

Trial by Peace Circle: How a Chicago Community Is Pursuing Jail-Free Justice

In addition to my work in the Juvenile Court, I am also occassionally assigned to the Restorative Justice Community Court to fill in. I was recently mentioned in this article.

West Side residents are creating alternatives to traditional, punitive courts.

What a nice article about my juvenile court colleague, Judge Linda Pauel.

Cook County Judge Linda Pauel gives books to juveniles so they can imagine a different life.

Congrats to Dartesia Pitts on being sworn in as the new President of the Cook County Bar Association. I'm also appreciative of the Judicial Award that I received tonight from the CCBA.

I am so grateful to be the newest judge assigned to the Juvenile Justice Division.

In Markham, Brewer takes leading role- Although Cook County Circuit Judge Tommy H. Brewer may serve a more administrative role as the Markham Courthouse’s new acting presiding judge, his heart will always be in the courtroom.That’s the reason he doesn’t mind presiding over extra court...

It’s official! Today I am extremely grateful. I will never forget this experience and all of the help and support I received. I look forward to serving and being a great Judge for Cook County.

How time flies! It was a year ago today that I held a campaign kick-off party to announce my candidacy for Judge. At that time I was viewed by many to be an underdog. Thanks to so many of you, I am now running unopposed for the November 8th general election and will soon be sworn in as a Judge for the Circuit Court of Cook County.

I truly feel honored, privileged, and humbled by having the opportunity to serve as Judge. In this capacity, I will have the ability to positively impact people’s lives, including the lives of our youth. It has been my dream for a very long time and thanks to so many of you, this dream will become a reality.

With my beautiful wife at the Daryl Jones for Judge kick off event! Awaiting official election results with my wife, family, and friends. With almost 80% of the vote in, I am feeling blessed. This has been such a humbling experience and I am honored for every vote I received. I am overwhelmed by all of the support I have received. I would like to thank you all.

Today is Election Day ... we're finally here. Remember, the polls are open from 6am to 7pm. Once again, I am asking for your support and your vote! I will be honored to serve our community as Judge. #JonesforJudge #Punch246

Why You Should Know Your Judicial Candidates:

2) Unlike our representatives in the legislative branch, we depend on judges to stand apart from political and partisan ideas, and to focus on the fair resolution of problems and disputes.

3) As a result, you need to examine a candidate for judge's character, integrity and willingness to decide cases based on the law and the evidence.

Based on my passion for juvenile justice, my integrity, professional competence, temperament, experience, and service, I am the best candidate for the 5th judicial subcircuit (Williams vacancy).

Please Read more about me at www.jonesforjudge.org.

Daryl Jones is a candidate for Judge for the 5th Subcircuit. He is passionate about juvenile justice and our community. The election is March 15, 2016.

Another bar association has issued me a positive rating. Today, the Black Women Lawyers' Association of Greater Chicago informed me that I was found "Recommended" for Cook County Circuit Court Judge. I have received the below positive bar ratings:

I'm humbled and honored to receive such an encouraging endorsement and positive ratings.

Hopefully you heard me on your evening commute today. I was on with Harold Davis on "The Butt Naked Truth" Radio Show on 1570 AM, speaking about my background and passion for Juvenile Justice. I plan to appear on a popular Public Access TV talk show soon. I'll keep you posted when I have more details!

Today the Cook County Bar Association found me "Recommended" to serve as Judge, after conducting an evaluation.

Today the Cook County Bar Association issued the results of its evaluation of Daryl Jones as a candidate for Cook County Circuit Court Judge. After a careful review, it found Daryl Jones “Recommended” to serve as a Judge. 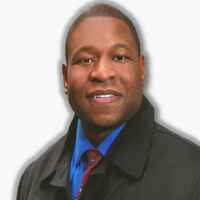 For What It's Worth: Daryl Jones: In his own words

My statement was featured on today's For What It's Worth judicial blog.

Cases, controversies, the occasional water-cooler rant and news about Cook County judges and judicial elections Feel free to browse here or on page two of this blog.

For those interested, here’s an insider update on what’s been going on with the campaign over the last month or so … which is a lot!

1. In November, we filed 2,130 signatures with the Board of Elections to run for Judge, 5th subcircuit Williams vacancy. 1,000 signatures are required.

3. As of December, we were 1 of 5 candidates in the Williams vacancy race.

4. In December, the opposition filed petition objections against me and every other candidate in the race, except my opponent. The objections alleged everything from fraud, to invalid signatures, to a claim that I did not live at my current address (an allegation totally without merit).

5. Throughout the course of the month-long petition challenge, I was required to:a. hire counsel (Attorney Ed Mullen), b. spend numerous hours at the Board of Elections, c. identify hundreds of signatures and check them, one-by-one, against the voter’s signatures on file, to make sure the signatures were valid,d. and, I had to overcome subpoena requests to turn over personal documents including all of my credit card and bank statements for a period covering the last year.

6. After preparing for what we expected to be the final hearing, late in the afternoon/early evening the night before the hearing, the opposition withdrew their objection.

7. On January 12th, the Board of Elections ruled in my favor, that I would be allowed to stay on the ballot. You can read the decision at:

8. I am the only challenged candidate that remains in this race. So, it’s now a 2 person race.

9. As you can see, it has not been an easy fight, but I’m in this race for a purpose. I know I am the best match to serve as judge for my community, for the juveniles, and for the interest of justice. I will continue to fight!

10. The election is March 15th and I'm working hard. I need your support and I’m asking for your vote!

Know your candidates for Judge. www.JonesforJudge.org

Be the first to know and let us send you an email when Judge Daryl Jones posts news and promotions. Your email address will not be used for any other purpose, and you can unsubscribe at any time.

Great news! Congratulations to all of the new Cook County Associate Judges! Welcome to the bench! https://www.isba.org/barnews/2021/09/22newcookcountyassociatejudgesnamed?fbclid=IwAR3j_6OxvpZwQKWy5CbfATdkLBw7NVI4p36NI8-sPVopfRGAi8yyQECe1dY
Congratulations to Attorney Terrence George! It was a privilege for me to swear him in today and welcome him to the bar.
https://www.chicagotribune.com/opinion/editorials/ct-editorial-restorative-justice-court-north-lawndale-second-chance-20201113-r74ushfv6re6rfgo2oklbslvai-story.html
It’s an amazing thing to see yourself on an exhibit for African American judges in Cook County, for Black History Month. This exhibit is at the Daley Center all month. I feel so honored and blessed.
Congratulations to Judge Lyle, the new Chair of the Illinois Judicial Council! I really enjoyed the installation and speech tonight!
I was honored to be featured in the EIU Alumni magazine's Spotlight this month.
No one left the courtroom hungry today! We ate well as we sent Asst. State’s Attorney Astrella (2nd from the left) off to another courtroom. It was a pleasure having him in Courtroom 7, Calendar 57! We welcome Asst. State’s Attorney Sheehan (2nd from the right) as he starts his tenure as the 1st Chair in the courtroom.
Congratulations to Jose, for retiring from the Cook County Clerk of the Circuit Court’s Office - Juvenile Justice Division! So many years of great work! I hope you enjoy your retirement ... you’ve earned it!