We are a growing community of parents and guardians of Hope Students looking to prayerfully and practically support the staff, faculty and students of CHA. 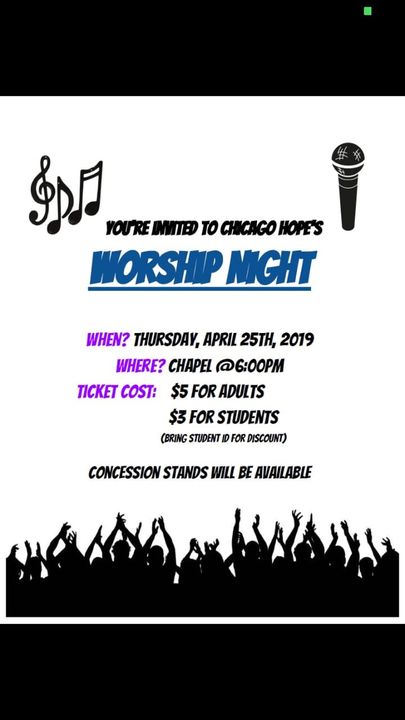 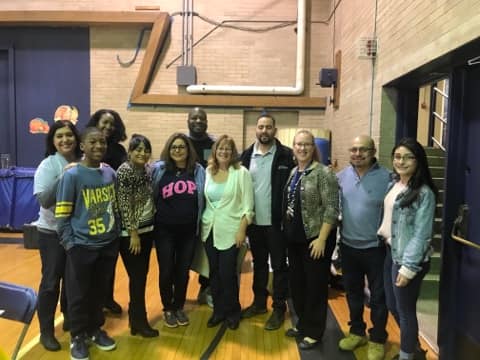 Thank you to all our parents and friends for your generous donations our bonfire was a success!
Our Homecoming game is today come out and join us and cheer our team! Homecoming Dance is tomorrow at 7:30 too!! Go Eagles!!

Zipline fun for the guys at Camp Trident!

Twelve Hope boys and several chaperones are currently at Camp Trident for Navy SEAL's Camp. They stopped at Gettysburg and camped on a farm during their travels to camp.

Congratulations to Chicago Hope Academy student Samantha Amira, who was awarded a scholarship from Marquette Bank!

Thank you parents and friends of Hope for your contributions. We had an overflow buffet for our staff today at the Teacher Appreciation Luncheon. Thank you for the various gift cards raffled off to our staff. The beautiful fresh flowers centerpieces were also raffled off today. ..much Love for our staff they were so appreciative! “Each one should use whatever gift he has received to serve others, faithfully administering God’s grace in its various forms.” | 1 Peter 4:10.

Thank you all for your donations during our First Thrifty FUNdrive. We will be receiving a check for $415.92! All proceeds will go to update some of school's cafeteria kitchenware! Including microwaves and toasters! Your donations also helped The Vietnam Veterans of America generate funding for advocacy, services and support of our veterans! Thank you all!! 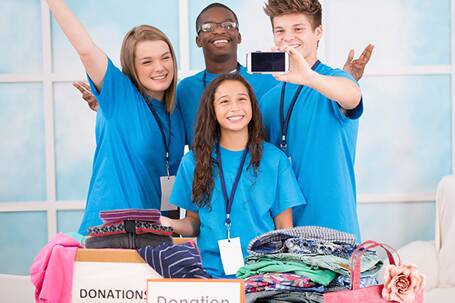 We will begin taking donations in the office as of Monday of next week till Friday the 27th.

Look around your place and all of your slightly used clothes or household items can become cash for HOPE this April. Instead of dropping them off to your nearest goodwill store drop them off at HOPE instead. Join us during this FUNdrive and help earn cash for HOPE. Share it with your family and frie...

Check out the Senior Mexico Trip video! We are so proud of all our seniors and their heart for serving the Lord.
https://www.youtube.com/watch?v=slLdRaKYfns&t=1s

Thank you to everyone who tuned in to watch last night. In case you missed it, you can find the special WGN TV aired about Chicago Hope Academy below.
http://wgntv.com/2018/02/08/chicago-hope-academy-puts-faith-belief-in-service-into-practice/

There is a winter storm advisory with low visibility on the roads so please be careful if you have to get out. IDOT has recommended postponing all travel if possible. School will resume on Monday.

Friends of Hope Agenda Monday August 28th 6pm Open Prayer-by parent Freddy Flores –He prayed for our school year, our staff, kids parks, kids travels. He asked that his presence be present at the meeting and his peace be with us. Greetings from Principal Mrs. Dons-Mrs. Dons gave a heartfelt ...

In case you missed Orientation, we wanted to extend an invitation to you to join us during the “drop off” day when students head out to camp to fellowship with other parents. It will be a great opportunity to also get to know other parents and share past experience and benefits of the camp. Please stay and join us after the students leave for coffee and dessert. We would also like to come together and pray for our students and staff. Please feel free to bring a dessert to share with others too. Looking forward to meeting you and sharing our plans for the new school year!

Are you a interested in getting into manufacturing, live in the suburbs of Cook County, are between the ages of 16-24, and are out of school*. Check out this new Opportunities Works program you might be eligible for 10 week work opportunity and skills training program with job placement or training options. Call Now 708-222-3100 as for Takeisha or Keri

If you know of a high school student interested in veterinary medicine encourage them to apply for ARCSi (Animal Related Career Summer Intensive)! http://web.extension.illinois.edu/cook/arcsi/

Congratulations to Mr. Armstrong, Mr. Hwang and the Hope Robotics Club! The team placed 12th at the FIRST Midwest Regionals on April 1. That’s a tremendous improvement over their 49th place last year. The club, led by seniors Josh S, Axel M, and Jeremy S, learned a lot competing the last few years and this year they had the advantage of some additional and critical tools provided by funding from business sponsorships. (Special thanks to Baxter International, Kairos Consulting Worldwide, Navistar International and also a grand from FIRST Robotics.)

The club won 6 matches and lost 3. They were named a first alternate for the finals, serving as backup for any teams that were disabled. However, their assistance was not needed. The competition included three objectives: throwing items into a goal, placing gears onto a peg, and climbing a rope. Hope’s robot excelled at placing gears and climbing the rope.
Take a look at this video to see a portion of the competition. It gets exciting at 1:50, and keep an eye on Hope’s robot # 5350.

We are so proud of how hard these boys have worked this season and we're excited to congratulate them on finishing 3rd in the STATE! 🏀

PEORIA—Hope Academy coach Antwon Johnson was moved to tears in the postgame press conference after the Eagles beat Newark 60-46 in the Class 1A third place game on Saturday at Carver Arena.

Come check it out! The students have been working hard on this performance!

Be the first to know and let us send you an email when Friends of Hope Parents Group- Amigos de Hope Padres posts news and promotions. Your email address will not be used for any other purpose, and you can unsubscribe at any time.

Other Public & Government Services in Chicago