After years of successfully prosecuting thousands of complex criminal cases in and around Chicago, Nenye E. Uche now focuses on representing individuals. Attorney Uche is a well recognized Chicago trial attorney who received numerous commendations for his results as a Chicago criminal prosecutor. As a criminal prosecutor in Chicago, Attorney Uche successfully prosecuted thousands of crimes involv

After years of successfully prosecuting thousands of complex criminal cases in and around Chicago, Nenye E. Uche now focuses on representing individuals. Attorney Uche is a well recognized Chicago trial attorney who received numerous commendations for his results as a Chicago criminal prosecutor. As a criminal prosecutor in Chicago, Attorney Uche successfully prosecuted thousands of crimes involv

Uche P.C. updated their information in their About section.

Uche P.C. updated their information in their About section.

Uche P.C. wishes you and your family a wonderful year ahead. We hope that 2021 holds success and good fortune in all endeavors of your life. Happy New Year🎉🎊

On December 23, 2020, Attorney Nenye E. Uche filed a 19 page; 9-count federal lawsuit against the City of Chicago and the police officers responsible for a vicious attack of five innocent family members in an incident dubbed by the media as the Brickyard Mall Incident. For more on this story: https:...

❄️Uche P.C. wishes you and your family a holiday season that is full of joy, love, and nonstop laughter. Merry Christmas🎄Have safe and happy holidays⛄🦌🎅👪🎁

At Uche P.C., we are truly grateful to the community for trusting us as their attorney of choice for their personal injury cases.

We wish you and your family a Safe & Happy Thanksgiving! Please abide by the CDC's safety guidelines: wear a mask unless eating, practice social distancing from others, and wash your hands frequently.

Recognized by the National Trial Lawyers as one of the top 40 trial attorneys under the age of 40, Attorney Uche provides high-powered representation for injured victims.

Attorney Uche assisted injured victims all over Chicago and Illinois in recovering significant compensation running into millions for their losses.

The actions you take after a car accident may help you get the compensation you need to pay for damages, medical expenses, and lost wages. Here are 6 things not to do after a car crash:

Though the thought of filing a wrongful death lawsuit is the last thing on any grieving family member’s mind, it is important to secure your rights as fast as possible.

Family members can sue and collect monetary damages for funeral expenses, lost income, medical bills, and any other expenses that they incurred as a result of the wrongful death.

No matter what type of accident you are involved in, a lawyer can protect your legal rights, increase your chances for winning your case, and get you the compensation you deserve.

Medication errors by medical providers can cause harm or life-threatening complications. If you or a loved one suffered complications due to a medical error, call us right away so we can take the necessary steps to recover compensation for you.

A structured settlement is an alternative to a lump sum in settling personal injury claims to meet Catastrophic Injury victims’ needs. It is the best way to protect their long-term interests and provides stable life-long income with built-in budgeting and minimal taxations.

Suffered catastrophic injury in Chicago? Call us for a free consultation today: (844) 529-2444

#SafetyFirst - Never forget to wear a helmet when taking your motorcycle out for a spin in #Chicago.

Involved in a #motorcyclecrash in Chicago? Let our expert motorcycle accident attorneys help you protect your rights.

"Justice is an ideal and law is a tool." — LE Modesitt Jr.

Bicyclists have a much greater risk of being seriously injured in an accident than occupants of motor vehicles, as they lack the benefit of a vehicle frame around them for added protection.

If you have been seriously injured in a collision while cycling in Chicago, Uche P. C.'s expert bicycle accident lawyers can help you recover fair compensation for your losses.

If someone's negligent action has caused injury to you or your loved one, our accomplished personal injury lawyers at Uche P.C. can help you secure the justice and compensation you deserve.

Spinal Cord injury radically changes the lives of the victim and their family. Victims suffering from spinal injuries need extensive medical treatment, physical therapy, and other types of long-term care, which brings severe physical, emotional, and financial hardships that can be difficult to overcome.

Chicago's top-rated Spinal Cord Injury Attorneys at Uche P.C. have extensive experience and are dedicated to protecting the rights of injured victims.

Be the first to know and let us send you an email when Uche P.C. posts news and promotions. Your email address will not be used for any other purpose, and you can unsubscribe at any time.

Send a message to Uche P.C.: 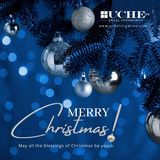 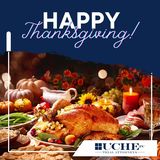 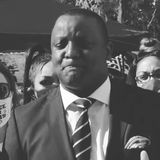 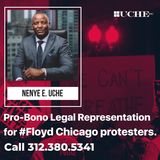 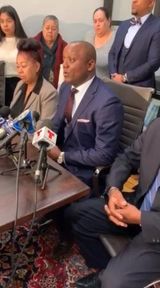 Attorney Uche is a nationally recognized litigator and trial lawyer. Attorney Uche’s talent, dedication and passion for advocacy has led him to successfully try to verdict over five hundred cases that span multiple legal specialties ranging from personal injury and civil rights cases to criminal and DUI defense.

For instance, Attorney Uche recently secured a $1.18 million jury verdict against the City of Chicago and the Chicago Police Department in Cockerham v. City of Chicago; a nationally publicized civil rights case involving the shooting death of a 23-year old man by a Chicago police officer. Additionally, in Jones v. Villa at South Holland, Attorney Uche secured a record jury verdict of $625,000 for an elderly woman who suffered 11-hours of emotional distress while at a nursing home.

Within the area of criminal law, Attorney Uche has successfully argued and persuaded the Illinois Appellate Court in People v. Litiwn 2015 IL App (3d) 140429, to throw out his client’s conviction and 12-year sentence for drug trafficking; a case now often cited as legal precedent. Also, in People v. Holt, Attorney Uche got murder charges dismissed against his client by successfully filing a pre-trial motion to dismiss murder charges.

Beyond his success in trial advocacy, Attorney Uche has handled numerous high-profile cases that have been featured in prominent media outlets such as The Guardian and CNN. Additionally, Attorney Uche has been recognized by his peers as well as prominent legal organizations. For example, Attorney Uche is the recipient of a Top 40 Lawyer under 40 Award from The National Trial Lawyers. Also, Attorney Uche’s courtroom successes culminated with his selection for inclusion to the Illinois Super Lawyers Rising Stars list; no more than 2.5 percent of the lawyers in the State of Illinois are named to the Rising Stars list.

Attorney Uche’s commitment to the law was demonstrated at an early stage in his career. For example, upon graduating from one of the most prestigious Law schools in the Midwest, the University of Wisconsin Law School, Attorney Uche was the recipient of a string of advocacy awards, some of which included: the 2007 Best Attorney Award at the Stanford Law School Mock Trial Invitational Competition in California, as well as the 2006 Best Petitioner’s Brief Award at the August A. Rendigs National Products liability Moot Court Competition in Ohio.

After law school, Attorney Uche joined one of the largest and most respected prosecutor’s offices in the United States: The Cook County State’s Attorney’s Office. As a prosecutor, he successfully prosecuted well over a thousand criminal cases and in the process gained a wealth of experience in advocacy, which he employs successfully for his clients today.

Attorney Uche is more than amazing! He represented my daughter during a time that was very difficult for our family. Not only was he professional and dependable, he worked hard to assist my daughter in getting the best deal that helped her get back to a normal life.