Home for information about the legislative work of State Rep. Arthur Turner.

Juneteenth, is an American holiday that commemorates the June 19, 1865, announcement of the abolition of slavery in The United States. This weekend over 70 black owned restaurants will celebrate Juneteenth with $6.19 specials. For more information visit Black People Eats
https://www.blackpeopleeats.com/juneteenthcelebrationchicago

Because the COVID-19 crisis has hit working families especially hard, I passed a state budget focused on relief that fully funds resources for workers who are facing layoffs and furloughs, and increases funding for job training programs to help workers recover and rebuild their careers.

Your voice matters. To help make sure every voter can safely make their voice heard this November, I supported an election protection package to expand vote by mail programs in Illinois.

Calling all teens! After School Matters is offering hundreds of summer programs where you can tap into your passions and develop skills to help – all while receiving a financial stipend for participation. Choose from a wide variety of programs including culinary arts, fashion design, drawing, dance, or coding. Programs start the week of July 6 and run remotely until August 15. Apply now: https://bit.ly/3c7c7oa 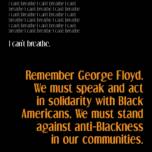 Today and every day, let us remember to show our gratitude for the brave men and women who have given their lives to ensure our freedom.

Today Governor Pritzkner announces "Restore Illinois" a five-phase plan for reopening the state. Based on regional healthcare availability and the impact of COVID-19 on those regions.

Governor Pritzker extends the stay at home order through May 30th. As part of the stay-at-home order, starting May 1, face coverings will be required in public places where social distancing isn't possible.

In conjunction with today’s announcement, the Governor released modeling today put together by top academic institutions and researchers in Illinois that predicts the course of coronavirus in the state over the coming months. On our current trajectory, the state is projected to see a peak or plateau of deaths per day between late April and early May, but if the stay at home order were lifted this week, the model anticipates a second wave of the outbreak in Illinois starting in May, which would claim tens of thousands of lives and greatly exceed the state’s hospital capacity.

“Make no mistake, Illinois has saved lives. By staying home and social distancing, we have kept our infection and death rates for the months of March and April thousands below the rates projected had we not implemented these mitigation strategies,” said Governor JB Pritzker. “I know how badly we all want our normal lives back. But this is the part where we have to dig in and understand that the sacrifices we’ve made as a state to avoid a worst-case scenario are working — and we need to keep going a little while longer to finish the job.”

Lifting mitigation measures is only possible with widespread availability and access to COVID-19 testing, tracing and treatment. The data show that if the state were to lift mitigations abruptly this week, this would result in a second wave of infections, hospitalizations and deaths.

After consulting with doctors, scientists and experts in Illinois and across the world, the Governor has announced he will sign a modified version of the state’s stay at home order that will go into effect on May 1 and extend through the end of the month. The modified order will strengthen the state’s social distancing requirements while allowing residents additional flexibility and provide measured relief to non-essential businesses in the safest way possible.

The new executive order will include the following modifications effective May 1:
• OUTDOOR RECREATION: State parks will begin a phased re-opening under guidance from the Department of Natural Resources. Fishing and boating in groups of no more than two people will be permitted. A list of parks that will be open on May 1 and additional guidelines can be found on the Illinois Department of Natural Resources website HERE . Golf will be permitted under strict safety guidelines provided by the Illinois Department of Commerce and Economic Opportunity (DCEO) and when ensuring that social distancing is followed.

• NON-ESSENTIAL RETAIL: Retail stores not designated as non-essential businesses and operations may re-open to fulfill telephone and online orders through pick-up outside the store and delivery.

• ESSENTIAL BUSINESSES AND MANUFACTURING: Essential businesses and manufacturers will be required to provide face-coverings to all employees who are not able to maintain six-feet of social distancing, as well as follow new requirements that maximize social distancing and prioritize the well-being of employees and customers. This will include occupancy limits for essential businesses and precautions such as staggering shifts and operating only essential lines for manufacturers.

April 22 is Earth Day. During the stay at home order, we can still celebrate Earth Day by gardening, taking a nature walk or remembering to recycle properly.

Private Student Loan Relief, Governor Pritzker shared that the administration’s approach to this crisis has been to wage the war on 2 fronts: protecting the health and safety of the people of Illinois while mitigating the economic impact caused by the steps taken to save lives. He cited several actions taken thus far and went on to add some good news for those hardest hit by the economic consequences of our Stay At Home order. Although the Stay At Home order is set to expire in 9 days Governor Pritzker has made frequent references to upcoming “changes” to the Stay At Home order and will be making announcements related to these changes in the days ahead.

The Governor noted that while the most recent federal relief act included relief for people with federally managed student loans, that left out huge numbers of people who have privately managed student loan debt. Just as our state’s Department of Financial and Professional Regulation was able to negotiate with several financial institutions and other regulated industries in the state to pause vehicle repossessions, limit negative credit rating reporting and encourage mortgage forbearance, today’s report was that Illinois has entered into a multi-state collaborative agreement with 20 different student loan servicers which will provide relief to 140,000 borrowers in Illinois. The agreement including California, Colorado, Connecticut, Massachusetts, Vermont, Virginia, New Jersey, and Washington will allow borrowers in these states the ability to contact their loan servicer to get relief including: 90 days payment forbearance, waived fees, no negative credit reporting, and 90 day relief from debt collection efforts.

The loan servicers who have agreed to participate are:

If a borrower is unable to access relief after contacting their loan servicer, they should contact the Illinois Department of Financial and Professional Regulation, Division of Banking or the Office of the Attorney General. 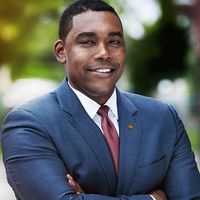 “The Future Is Shared”: Why Supporting Renters during COVID-19 Is Critical for Housing Market Stability

While gaps in the housing safety net have left renters at risk long before the current COVID-19 crisis, tenants and now their landlords are facing even greater financial instability—which, in turn, could destabilize the broader community.

A new article from Urban Institute experts explains how policy solutions at the federal, state, and local levels can help the rental housing ecosystem recover from the current recession. Researchers provide an overview of the current challenges and how policymakers can immediately respond to the crisis , such as expanding emergency rental assistance programs, helping landlords to refinance their mortgages, or using flexible funding from the CARES Act to help renters directly.

Actions to stabilize renters can in turn support landlords and rental properties. And policymakers can use this opportunity to ensure the housing market is better equipped for another unexpected crisis in the future.

“As COVID-19 continues to impact Chicago residents, there has been an uptick in the number of food pantry participants. West Side United’s Micro Grants will aide food pantries in providing vital resources while addressing the need for emergency food during this global pandemic.” Says Jennifer Norsworthy, WSU Healthy Food Program Manager.

Rep. Kathleen Willis, Co-Chair of the Scholarship Committee, announces that up to ten scholarships of $2,500 each will be awarded. These college scholarships are aimed at helping women who are earning their college degrees, in some cases, later in life.

“One of the gaps in the state college aid programs is assistance for women, 25 years of age or older, who may have had their education interrupted or who never had a chance to start college until later in life. These non-traditional students don’t fit neatly into any programs,” Willis said. “Rather than pass a law to create a new grant, we started raising money to fund scholarships on our own. This scholarship program has made a difference in the lives of many women by enabling them to achieve their educational dreams.”

Scholarship applicants are required to enroll in an Illinois accredited college or university for a minimum of six credit hours to qualify, making the scholarships available to part-time and online students. Applications are accepted at www.cowlil.com until Friday, May 1, 2020. Awardees will be notified by Monday, June 1, 2020. 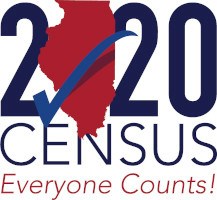 Everybody Counts, An accurate count of Illinois' population is essential to ensure that the State receives the funding it needs to properly care for its residents and provide critical services and programs. You can complete your census by phone (844) 330-2020, online my2020census.gov, or return the form you received by mail free of charge to the US census Bureau.

Be the first to know and let us send you an email when State Rep. Art Turner posts news and promotions. Your email address will not be used for any other purpose, and you can unsubscribe at any time. 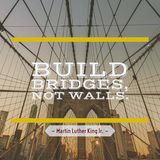