Dallas (WBAP/KLIF) - Two women charged with murder for the October 2020 stabbing death in Dallas of a Seattle woman who was vacationing in Texas have cut off their ankle monitors, and fled while out of jail on bond. 50 year old Nina Marano and her 58 year old wife, Lisa D***s, face murder charges fo Blood test results show Angela West was not intoxicated when she was arrested in Dallas, officials say

Blood test results show Angela West was not intoxicated when she was arrested in Dallas, officials say

West was charged with driving while intoxicated but the Dallas County District Attorney did not accept the charge.

Juror Fined More Than $11,000 for Doing His Own Research In Criminal Case, Causing Mistrial

It’s never a good idea to disobey a federal judge…

A juror in federal criminal trial in New Jersey must pay a fine of more than $11,000 after conducting his own research on a case, a judge ordered on Tuesday.

Please be aware that most courthouses have shut down operations for all bond cases. If you have a court appearance coming up, please contact me BEFORE coming down to the courthouse. Most likely, I will be able to get a rescheduled date WITHOUT you needing to be there. Please be safe and remember to WASH YOUR HANDS and COUGH INTO YOUR ELBOW! 😷🤧 214-708-9420 cell

Desmond Jones, 24, is charged with aggravated kidnapping in connection with Shavon Randle's disappearance.

​​Finding a Job as a Felon Isn't ​Easy, But​ We're Trying to Change That With Thousands of Pages of Information to Help Felons Get Employed Again.

Achieving justice in Frisco! Update: got a full DISMISSAL 🎉

The police are always watching!

A woman in Oregon wanted to keep the party going so badly that she apparently didn’t even notice the sheriff parked next to her when she pulled up to a Taco Bell and poured alcohol into the mouth of an employee working the drive-thru. 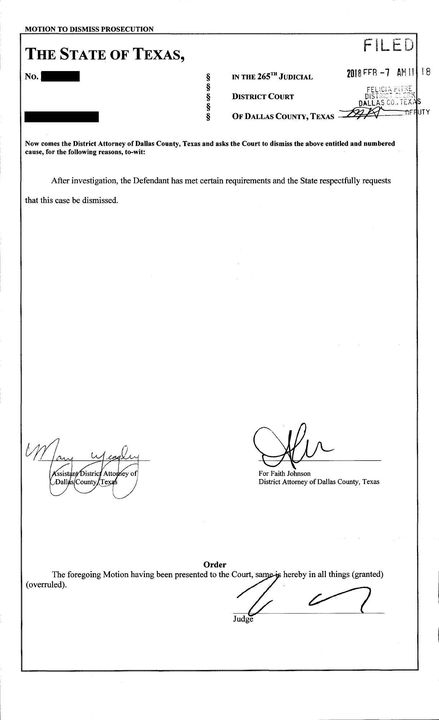 It is RAINING dismissals this month! So happy to get another person back on their feet!

A Dallas County prosecutor and a Coppell defense attorney have been appointed as felony court judges by Gov. Greg Abbott. Stephanie Fargo is...

So blessed to see the pure joy on my clients face when I told him that his FOUR new aggravated felonies were being dropped! 👊🏼⚖️🏛

Be the first to know and let us send you an email when Behgooy Law posts news and promotions. Your email address will not be used for any other purpose, and you can unsubscribe at any time.

Send a message to Behgooy Law:

Fighting Back. Defending You.

Meredith Behgooy has 14 years of experience as a criminal defense attorney and former Assistant District Attorney for the Dallas County District Attorney’s Office. She has prosecuted hundreds of misdemeanor and felony cases, including:

Don’t Delay! Put Meredith Behgooy’s experience and knowledge to work for you!

Parent seeking support.
~Charter School Filed Lawsuit Against Student with AUTISM~
Every child deserves the right to a free appropriate education; one in which their environment promotes them to flourish, protecting their right to be educated in a safe atmosphere. Over the course of my last few years dealing with Westlake Academy, this right for free education has been wrongfully neglected, and instead of working tirelessly to amend their mistakes, the Academy actively spends school funding in order to prevent a disabled child from receiving proper education. My son, an autistic senior in high school, was wrongfully removed from special education, a lack luster program characterized as unproductive and anxiety producing. Now, myself and more than over twenty families and former teachers are seeking class action lawsuits against the school for their actions (systemic problem), and in response, the school uses the money funded by the city, designed to be used to enhance the education of its students, to pay legal fees and ensure the improper treatment of those in educational need. After years of harassment by faculty to the students and parent misrepresentation of actions, administrative retaliation, misuse of government funding, grade changing, curriculum compliance deceit, IDEA fraud, and more, Numerous governmental agencies are presently investigation District's asserted wrong-doings. I have sought the aid of every legal agency to no avail, subsequently I am pro se in DP IDEA claim due to lack of special education attorneys. I ask of you, the media, to step in and report the truth: that Westlake Academy has failed in its role as an educational system, proving to value injustice over the needs of the students.
Westlake Academy Charter School Administrative Misconduct, Education Fraud, School Negligence, Criminal Activity, Fraudulent Contract Coercion, IEP Deceit-Paper Compliance Only, Bad Data Reporting...
Single Parent Requires Support. School is Municipally Owned/ Self- Governed By
~~Laure Wheat, Mayor of Westlake~
& Town of Westlake's Board of Trustees

Other Dallas government services (show all)