Do you have questions about Special Leave Accrual? Watch here for the latest information from DCS G-1 Sgt. Maj. Mark Clark, and Mr. Mark Thompson from the G-1s Compensation and Entitlements branch.

The 32d AAMDC Best Warrior Competition has started! CSM Jacobitz spoke with the competitors this afternoon kicking things off. Wish our Hatchet Battery warriors good luck, SGT Brenn Carter, and SPC Timmothy Mummert as they compete for NCO and Soldier of the year.

"Today members of the 32d AAMDC bid farewell to Sgt. Jeremiah Mitchell who was awarded the Army Commendation Medal for his exceptional service as a command group driver. During the presentation, Mitchell thanked those who had mentored him and spoke of his next assignment in Qatar. Mitchell’s positive impact around the headquarters will resonate long after he is gone, and the lessons our Soldiers have learned from him will continue to strengthen our formations through the Army for years to come."

The fastest way to support Soldiers and their families. Make a one-time or monthly recurring donation with credit, PayPal, or EFT.

Join us in congratulating SPC Lindsay and his family of the G3 HHB/32d AAMDC on his reenlistment. Great day to reenlist!

CSM Jacobitz stopped by the HHB this morning to thank the mighty COIC (DPICC) team for their many contributions they have given to our never ending mission to maintain our readiness. He stated the importance or the mission and reminded the team to remain ready.

He was promoted to Sergeant First Class today with his family, friends and teammates present.


Physical training to start off another great Swift and Sure day.

HHB closed out a successful week long exercise today, great teamwork allowed the team to breakdown the site in record time. Congratulations to everyone who participated. Job well done.

The Fort Bliss Come to Work Safe, Live Safe Order Amendment V is updated as of March 9th.
Key changes from previous orders include: 1) authorizes social gatherings up to 10 people; and 2) establishes updated guidance on unit physical training. Off-post dining remains prohibited for Servicemembers, however, in conjunction with this order, the Garrison Commander rescinded the limitation on the number of patrons per table at on-post restaurants.
We acknowledge that the State of Texas has changed its mask requirements. However, we remind all our members that the Department of Defense policy for mask wear has not changed. For the health and safety of our community, masks are required for all individuals on the installation. Masks wear is mandatory for Soldiers, both on and off duty. Mask wear is mandatory for Soldiers, both on and off the installation.
As always, please wear a mask and practice social distancing. We appreciate all you do to continue to .

Hatchet PRT is rapidly becoming the best choice on Fort Bliss, today LTG Quintas, the Deputy commanding General of US Army Forces Command, along with our Commanding General of the 32d AAMDC, BG Stewart, conducted PT with the great Hatchet team. He recognized a few Soldiers for their efforts in putting together a great PT session. He also spoke to the team about the importance of team cohesion and stopping destructive issues within our formations. Su***de, Sexaul Assault and Harassment, and Extremisim.

Be apart of the solution, know your resources, know your team, take care of them.

On March 3rd 2021 the United States Army Forces Command (FORSCOM) Command Sergeant Major, CSM Sims, visited the HHB/32d AAMDC. The visit started off with a PT session, and was followed by walk through of the Units Barracks, headquarters, and Motor Pool. CSM Sims also had lunch with the senior NCOs, and held small groups sensing sessions with the Soldiers. Finally, a couple lucky Soldiers received a FORSCOM challenge coin!

Hatchet Battery finished its deployment exercise today with MPA Ops and a convoy to the Air Field. Lots of hard work by the Hatchet team, culminating in a successful exercise and increasing the units readiness.

What a great way to close out the week,
One reenlistment and two promotions!
Congratulations SPC Lopez, and thank you for your continued service.. SGT Ancrum welcome to the Corps! SFC Marcus, well deserved, outstanding leadership!

Congratulations!! to SGT Caroline Vargas on her reenlistment today. SGT Vargas is the assistant G1 NCOIC for the 32d AAMDC. She committed 5 more years of service to our nation! Well done!!

Hatchet Soldiers! Grooming and appearance standards are going through some changes to AR 670-1, that will go into effect Feb. 25, 2021. Know the facts!

Sergeant Major of the Army Michael Grinston will conduct a town hall to discuss major updates to AR 670-1 and new Army Grooming Standards.
|

Be the first to know and let us send you an email when HHB, 32d AAMDC posts news and promotions. Your email address will not be used for any other purpose, and you can unsubscribe at any time. 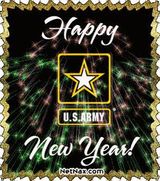 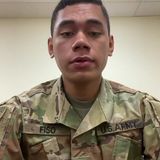 Read the full article below and visit https://myseco.militaryonesource.mil/portal/ to check out the MYSECO page for the full list of resources and tools for military spouses.

Aim Straight - Dead Center!
The retention of quality Soldiers helps give the Army a competitive advantage over their adversaries. Recently, the 32d AAMDC Commanding General, Brig Gen. David Stewart and Command Sgt. Maj. Jerry Jacobitz, along side the 32d AAMDC career counselors recognized those individuals and units responsible for retaining the right people, with the right talent, to fight and win our nation's future wars.

Congratulations team! Keep up the tremendous work.
The health protection of our Soldiers is a top priority and our Army health care and research professionals have ensured our troops are healthy and .

Earlier this week, the 32d Deputy Commanding Officer Col. Branson, Command Sgt. Maj. Jacobitz and the HHB, 32d AAMDC command team paid a visit to the unit’s Army Public Health Nursing team to thank them for ensuring the health and safety of our Soldiers, family members and DA civilians.

There are those who are compelled to act when others don't - those are the men and women who become .

Congratulations to Staff Sgt. Enrique Gomez, an Army Intelligence Analyst (35F) with HHB, 32d AAMDC currently deployed to the Middle East, on his reenlistment this week!

On January 15, 2020, a new Selective Retention Bonus will take effect. Reenlist to stay ADA and earn up to 22K (depending on your Military Occupational Specialty and experience) for your continued service.

Contact your Career Counselor prior to January 15, 2020 to ensure you're not missing out on a larger bonus with the current message.

As the HHB, 32d AAMDC armorer and 3-time AMDEX participant, she has contributed greatly to our unit's readiness.

When asked what the next three years have in store, she said, "I am preparing myself for the big jump to E-5. Ever since joining the Army, I have wanted to be an NCO."

Joining our team in 2016, Fordyce-Ellis says her next assignment is one she's looking forward to.

"Fort Bliss has been a good to me, but I am looking forward to getting back to the east coast," the supply technician said. "Fort Stewart is going to be great and I am excited to be closer to my family."

Not being content with just taking the next step, she plans on becoming a supply warrant officer in the future.

"The Army has enabled me to do something I enjoy and travel around the world," she said. "I am thankful for the Soldiers and Officers I have served with here at 32d Army Air and Missile Defense Command. I look forward to taking my talents to Fort Stewart and developing others like so many here have done for me."

Other Public & Government Services in El Paso (show all)