Adnan Syed, of ‘Serial’ Podcast, Gets a Retrial in Murder Case

"'Serial' turned speculation about Mr. Syed’s guilt and whether he had received a fair trial into something of a national pastime in 2014. The show was downloaded more than 100 million times and won a Peabody Award for its role in illuminating flaws in the criminal justice system."

A Maryland judge made his decision in the case of Mr. Syed, who has served 16 years of a life sentence after he was convicted of the 1999 killing of his ex-girlfriend.

“The court today holds that the discovery of a warrant for an unpaid parking ticket will forgive a police officer’s violation of your Fourth Amendment rights,” she wrote. “Do not be soothed by the opinion’s technical language: This case allows the police to stop you on the street, demand your identification and check it for outstanding traffic warrants — even if you are doing nothing wrong."

In a fiery dissent, Justice Sonia Sotomayor said the decision allowed the discovery of a warrant for a parking ticket to forgive Fourth Amendment violations.

Posted today on www.avvo.com:
"Ms. O'Connell did incredible work with my possession of ma*****na case! She was able to get my case dismissed, which was more difficult because it was my second offense. She has great relationships with the police offers and prosecutors, which really helped. She also gave me valuable suggestions to do community service and take a drug test before trial which helped. She was very personable and easy going which made me feel relaxed. I highly recommend for criminal cases!"

Avvo has ratings, reviews, and disciplinary records for lawyers in every state. Get free legal advice, find the right lawyer, and make informed legal decisions.

Is It a Crime to Be Poor?

"A new book, “A Pound of Flesh,” by Alexes Harris of the University of Washington, notes that these modern debtors’ prisons now exist across America. Harris writes that in Rhode Island in 2007, 18 people were incarcerated a day, on average, for failure to pay court debt, while in Ferguson, Mo., the average household paid $272 in fines in 2012, and the average adult had 1.6 arrest warrants issued that year.

“Impoverished defendants have nothing to give,” Harris says, and the result is a system that disproportionately punishes the poor and minorities, leaving them with an overhang of debt from which they can never escape."

The modern equivalent of debtors’ prisons lock people up if they cannot pay.

Minor injuries were reported from a large fight between inmates at the Prince William-Manassas Regional Adult Detention Center on May 16. 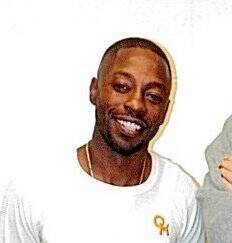 No one should be sentenced to life in prison without the possibility of parole for a non-violent drug offense. Please consider signing this petition in support of clemency for Corvain Cooper.

On June 18, 2014, Corvain T. Cooper was convicted in the United States District Court for the Western District of North Carolina in Charlotte for the crime of conspiracy to distribute and possession with intent to distribute ma*****na and sentenced to life without the possibility of parole. When..…

Be the first to know and let us send you an email when The O'Connell Law Firm PLLC posts news and promotions. Your email address will not be used for any other purpose, and you can unsubscribe at any time.

Send a message to The O'Connell Law Firm PLLC:

Other Government Buildings in Fairfax

Other Government Buildings in Fairfax (show all)