The Brigade Holistic Health and Fitness team is leading a food drive for the month of March. Donations are being collected for the Armed Services YMCA. Help us to help others.

Each Battalion has been provided with a donation box. See below for what donations are accepted.

The Brigade has begun its first ever Bone Marrow Drive, going to where the Soldiers work instead of making them have to go anywhere. All throughout this 3-week drive, our BDE Medical team is going to each Battalion and giving them a short briefing. Afterwards, anyone interested can VOLUNTEER to add their information to the National Donor Database by filling out some paperwork and swabbing the inside of their cheek.

We mentioned before that 47th Brigade Support Battalion was the first, and they had Soldiers sign-up in droves, willing to see if they could be a match for someone in need.

Special shout-out to Specialist Christian Sutton who is helping head-up this massive endeavor.

Daylight Savings is upon us.

This year’s National Nutrition Month theme is “Celebrate a World of Flavors.” During the month, we will be highlighting 2/1 Soldiers and their unique cultural food backgrounds.

SPC Stephen Hy, a petroleum supply specialist (92F) with 47th Brigade Support Battalion, has been in the Army for four years. SPC Hy was born in California, and his family’s background includes Chinese, Vietnamese, and Cambodian. He is very connected with Asian food including Chinese, Vietnamese, Korean, and Japanese.

SPC Hy incorporates his food traditions with a healthy lifestyle by mainly eating vegetables, chicken, tofu, and brown rice. He also limits his intake of pork and beef, and “started a no-rice diet on the weekdays.” Before the joining the Army, he worked at a fast food Chinese restaurant and saw how much sugar was used to cook the food and that changed his own approach to cooking.

“I personally don’t use sugar, I use natural ingredients such as cooking wine, ginger, garlic, sesame oil, and a little oyster sauce or a little soy sauce. I educated myself on how to cook different kinds of dishes, and I eat fish at least twice a week.”

There is a chance for snow and ice on the road this morning, so we ask that everyone plan accordingly. Drive safe, use caution, and plan for your commute to take a little longer.

Don’t be afraid to go slower and let your first-line leader know you’ll be slightly late. We want folks to get to work without incident.

The Requirements: Civilian athletic attire and a willingness to learn.

The Execution: Multiple teams competed on U.S. Army Fort Bliss, running from station to station, answering question topics ranging from the Integration of Women into the U.S. Army to Women in War to some of the things Women have accomplished within the #FA branch.

The Result: A deeper appreciation across the unit for the history of our military and the various contributions that Women have provided to that legacy.

Tomorrow begins a 3-week project from our Medical team.

At 47th Brigade Support Battalion, the Bone Marrow Drive will begin in support of Salute to Life. This drive will be offered at all BN's, right in their own footprint, over the course of these 3-weeks.

This is the first bone marrow registry drive at U.S. Army Fort Bliss as we understand it. It will only focus on making registration easy for Soldiers interested in volunteering (no actual bone will be taken here). All it takes is a willingness to fill out some paperwork and a mouth swab.

The chances of being a match is 1 in 430, but by bringing the opportunity to the Soldiers, we're hoping to find even one more match.

Remember, donating is voluntary. If matched, you're helping one of the 17,000 people diagnosed annually in need, approximately 500 of which come from DoD families.

On this day celebrating the social, economical, cultural, and political achievements of women, we'd like to highlight two from within our own ranks.

Captain Shayna Taylor (Officer-in-charge) and 2nd Lieutenant Grace Nielson (Assistant Officer) run the S-2 shop for their battalion with excellence and a desire to succeed. Both strive to provide accurate information and analytics to advise the commander in any given situation. Both work to develop the Soldiers who serve in their shop. Both prepare, ensuring they are ready for any mission.

When asked why she served, CPT Taylor had this to say:
"I serve because I am able, because I love my country, and because I'm dedicated to the Soldiers serving to my left and right. As an officer, service facilitates the rare opportunity to support and lead others in the pursuit of a common goal. I love it."

Both plan to continue to serve to the best of their ability, leading by example.

"The battalion master gunner is a special advisor to the battalion commander on gunnery issues, but in training he fills his most important role, which involves supervising tank crews as they refine their skills."

As Gunnery drives forward and multiple units within our formation improve their readiness, keep an eye out for the badges below worn on black hats. These are our MG's who work to sustain and improve unit gunnery proficiency. They work hard to help us succeed.

This year’s National Nutrition Month theme is “Celebrate a World of Flavors.” During the month, we will be highlighting 2/1 Soldiers and their unique cultural food backgrounds.

PFC Limage-Braham states that it can be difficult incorporating her Haitian food traditions in a healthy lifestyle. “A lot of the food is made with oil, is fried, or is made with a lot of salt. My favorite dish is called Diri Djon Djon (black rice). The dish can be very unhealthy because of the high oil and salt content.” She recommends learning how to cook traditional foods at home so you have more control over ingredients and the sodium and fat content.

“The way I incorporate the traditional foods into my life is by including more vegetables (steamed, sautéed, or baked), using less oil, and by watching how much salt I use.” She also points out the importance of enjoying traditional foods and maintaining balance in one’s diet. “Even though Fried Pork (griot) is delicious, it is unhealthy especially since fried fat is my favorite part of the dish. I will eat it a few times a year during special occasions. Making sure I balance my eating habits is something I have been working on for 20+ years.”
#StrikeHard #H2F #NutritionMonth

Update from the Fort Bliss Senior Command on mask policy!

He is considered one of the top NCO's in his company according to his supervisor. While in charge of quarters (CQ), a situation arose with a Soldier in distress, he stepped up to take care of them, taking the time to handle it with respect.

The Brigade Commander, Colonel Michael P. Wagner, commented on his actions, "You saw something that needed to be corrected. You protected and safeguarded someone that was in distress. You didn't allow someone to come in and put themselves or others in jeopardy. While on CQ, we want it to be boring. But when something happens, that little stuff, that little ownership of your area, that's where it matters."

SSG Harris was asked to why he served, he said, "I enlisted because my father served. I continue to serve because of my family. I have daughters and I want them to have what I had."

It's soldiers like SSG Harris that make our Brigade better, working to coach and build subordinates, serving as a good role model by taking responsibility when on duty, as well as treating someone else as a fellow human being and caring for them in a difficult moment.

The Philip A. Connelly Awards Program was established on 23 March 1968 to recognize excellence in Army Food Service.

The program is named for the late Philip A. Connelly, former president of International Food Service Executives Association (IFSEA). On 1 January 2014, the Army partnered with National Restaurant Association (NRA). During Connelly competition events, culinarians are exposed to the highest level of expertise in the Military and Civilian industry alike. The Connelly competition represents a personal challenge to individual Soldiers.

The end result is a proliferation of outstanding effort as one individual inspires another to seek the satisfaction found in performing a job well.

Our Army Food Service Specialist (92G) team were evaluated this week as one of 7 military dining facilities competing at the Army/DA-level.

Over 100 locations competed in this competition. One of the judges commented, "The kitchen was immaculate. I heard 'please,' and 'thank you' and 'excuse me,' but most importantly, I heard 'I got it.' And they did handle it. You handled it as a team."

Whether our 92G's win or not (we hope they do), they showed the dedication to maintaining a high standard every day in their efforts and we're proud to have them as part of our team.

If you're wondering what it's like out in the field, conducting Gunnery, just look to 1st Battalion, 37th Armored Regiment, #Bandits, as they absolutely crushed Gunnery Table VI this past week.

These crews practiced engaging targets ranging in distances to improve their teamwork and lethality. This ensures that the crew can work together seamlessly no matter the situation to engage with and destroy a target.

In-between firing, crews spend time together, swapping MRE sides and challenging each other to see who will do better on the range.
1st Armored Division

March is #WomensHistoryMonth! Women’s History Month stands as a reminder of the strength the #USArmy has gained, and will gain, through having a diverse all-volunteer force, and celebrates the ways women have made our Army stronger. 💪

Please come join us tomorrow for a special lunch event. The Strike Hard Warrior Restaurant will be serving a meal not to be missed as they compete in the 54th Annual Philip A. Connelly Competition!

From Cajun Baked Chicken Quarters to Shrimp Gumbo, all made by the best Army Culinary Specialists (92G's) on U.S. Army Fort Bliss.

Congratulations to the Strike Café 'Warrior Restaurant' on winning the Philip A. Connelly Garrison category both for installation and 407th AFSB.

Good luck on representing the 407th AFSB tomorrow at the DA Level.

The BDE's Warrior Restaurant is one of seven restaurants that is currently competing at this level in the entire Army. We wish our team all the best!

As other units deploy, we continue to develop our teams and our capabilities.

While we continue to train, we salute our fellow Soldiers who are going overseas. At times like this, we remember that we all bear the same flag upon our shoulders.

For our Team's awareness:

While we watch world events carefully, our focus remains on our current training mission and improving our overall readiness. There is no change to our mission at this time. We will continue to increase our Soldier's proficiency on their assigned weapons platforms over the coming months.

Be the first to know and let us send you an email when 2nd Brigade, 1st Armored Division posts news and promotions. Your email address will not be used for any other purpose, and you can unsubscribe at any time. 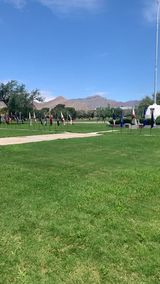 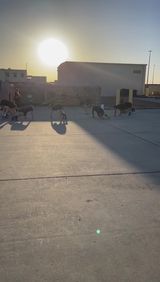 Post-Vaccination, How did it feel? 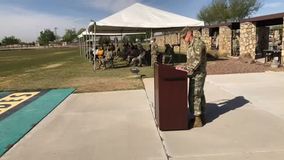