Congratulations are in order for these resilient Soldiers!

Today we conducted the Officer/NCO/Soldier of the Quarter Board. It was a grueling competition that brought out the best of all competitors however, only one can prevail. Winning this quarters board was:

Make sure to congratulate them as you see them!

Memorial Day is about a month away. We will do a special Fitness with Friends on 26 May to honor our Fallen by doing Murph. Murph is one of the toughest workouts that honors Navy Seal Michael Murphy. Today we did a little prep work.

For time:
300 squats
Every minute on the minute 10 push ups

All the work had to be done in order with a weighted vest, and in 30 minutes or faster

Closed it out with a little plank work

ATTENTION BOSSOME Soldiers!! Taking into account 12 hour shifts and conflicting schedules due to shift change, BOSS and MWR have decided to offer an alternate date for the Zip Lining event. Transportation will be provided to those in need of it. There are no fees for this event, all that is expected is for you to show up and have fun! If you are interested or have any questions contact SGT Hamouda!

Finally, in honor of the Army decision to implement the revised ACFT:
5 minute plank!

Good Morning BOSSome Soldiers! We have rescheduled our meeting to Wednesday March 23rd @1600. Please join us to discuss upcoming events and what we can do to make this great program work for you. The meeting can also be attended virtually through FB Live where you can provide input.

On 22 Mar 1996, assigned to the 289th Military Police Company, Sergeant Heather Lynn Johnsen becomes the first female soldier to earn the prestigious Guard Tomb Identification Badge and qualify as a sentinel at the Tomb of the Unknowns at Arlington National Cemetery.

All Military families/friends that live in the Fort Leavenworth Area. The MWR is having a Precision Pistol shootout on March 19th 2022. This is going to be a great event for everyone. Awards will be given to the Top 3 shooters per category, men, women and youth. Each shooter must register and sign a waiver. Proper eye and ear protection required for all. All firearms must be registered on post. Registration deadline is March 17. Register at Brunner Range. If you have any questions please contact the number on the flyer.

Welcome to the 40th Military Police Battalion's Official page on Facebook, where you will find the most recent news stories, videos and photos. If you're looking for the official source of information about the U.S. Army please visit there homepage at http://www.army.mil/. While this is an open forum, it's also a family friendly one, so please keep your comments and wall posts clean. In addition to keeping it family friendly, we ask that you follow our posting guidelines here. Posts will be removed if they violate the guidelines listed below. • No graphic, obscene, explicit or racial comments or submissions nor do we allow comments that are abusive, hateful or intended to defame anyone or any organization. • No solicitations or advertisements. This includes promotion or endorsement of any financial, commercial or non-governmental agency. Similarly, we do not allow attempts to defame or defraud any financial, commercial or non-governmental agency. • No copyrighted or trademarked images or graphics. Imagery posted on the Facebook wall should be owned by the user. • No comments or photos that suggest or encourage illegal activity. • No documents of any kind should be posted on this page. • You participate at your own risk, taking personal responsibility for your comments, your username and any information provided. Also, the appearance of external links on this site does not constitute official endorsement on behalf of the U.S. Army or Department of Defense. With that said, we hope you enjoy our site and find it useful. Please post any suggestions for improvement on our wall and we will give them careful consideration. Thanks for coming! For more information, visit the DoD Social Media user agreement at: http://www.defense.gov/socialmedia/user-agreement.aspx

Be the first to know and let us send you an email when United States Disciplinary Barracks Battalion - Corrections posts news and promotions. Your email address will not be used for any other purpose, and you can unsubscribe at any time.

The Battalion Command Team LTC Hoffman and CSM Barrett shares a message about the Covid-19 Vaccine as it becomes available.

Justice Nation, Chaplain troutt shares a message of hope as we contunie with this different from normal holiday season. Justice Foevre!

2LT Horvatic met with Ms. Everette of Ft Leavenworth ASAP, she provided tips on how to responsibly drink. Know your limit

Before you hit the road this winter prepare for the trip, protect yourself, and prevent crashes. 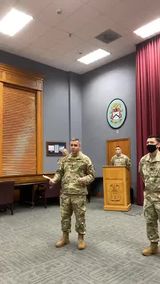 Justice Nation 🐘, This week 2LT Horvatic, Battalion Safety Officer, met with Trooper Candice Breshears of the Kansas Highway Patrol. She provided information on the proper car seats for children of all ages. Please make sure the children in your life are properly secured every time they ride in a vehicle. If you have additional questions please reach out to Trooper Breshears via Facebook or Twitter https://www.facebook.com/TroopCandiceKHP @TroopCandiceKHP Justice Forever!! 🐘 HHC, 40th MP BNHHC, USDB256th Military Police Detention Company291st Military Police Detention Company526th Military Police Company 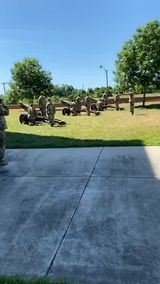 Correctional Professional of the Year Presentation 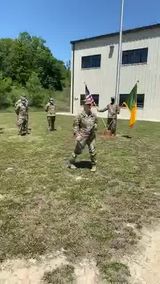 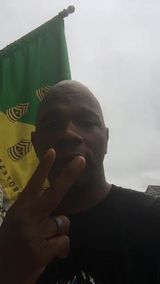 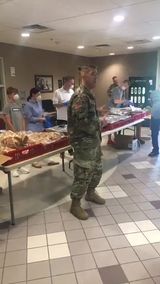 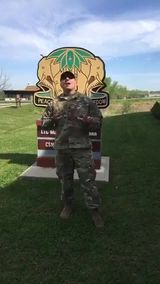 Expectations from Leader and Soldier

Below is insight on expectations from the perspective of Soldiers and Leaders. This was posted as a live video from "Freestyle Everyday" 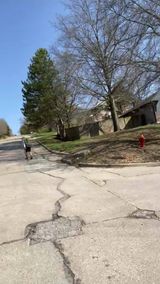 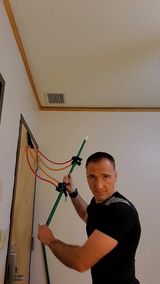 · Constituted 11 June 1945 in the Army of the United States as Headquarters and Headquarters Detachment, 40th Military Police Service Battalion