The City of Harrisburg is the capital of Pennsylvania, and a vibrant, diverse place to live life. It's a great place to call home!

The City of Harrisburg is a dynamic, vibrant and diverse city that is on the move.

Reminder that the deadline to submit your Artsfest 2022 sticker design is Sunday, May 1 at 11:59pm. One design will be selected and will be featured on the free stickers distributed at the event. The winner will receive $200 for their work. View the event webpage for the application and rules – https://harrisburgpa.gov/artsfest.

If you're looking for a fun summer job, Parks and Recreation, City of Harrisburg is the place to look. We are hiring lifeguards, pool managers, pool monitors, site leaders, and recreational assistants. Pay is up to $18/HR!

If you're looking for a fun summer job, the City of Harrisburg is the place to look. We are hiring lifeguards, pool managers, pool monitors, site leaders, and recreational assistants. Pay is up to $18/HR!

REMINDER: Today, Monday April 18, is the deadline for you to file your Local Earned Income Tax return. It can be filed and paid online at https://efile.keystonecollects.com/#/login

The Business Privilege/Mercantile tax is due today, as well. Blank forms are available on the city website by visiting this link: https://cityofharrisburg.zendesk.com/hc/en-us/articles/204527970-Business-Privilege-and-Mercantile-Tax-Return

Hope everyone had a great holiday weekend! Today's Pic of the Day comes to us from Michael Yatsko Photography, submitted to us via Instagram.

The Martin Luther King Jr. City Government Center will be closed today because of the holiday.

Our offices will reopen Monday, April 18. Have a great weekend! 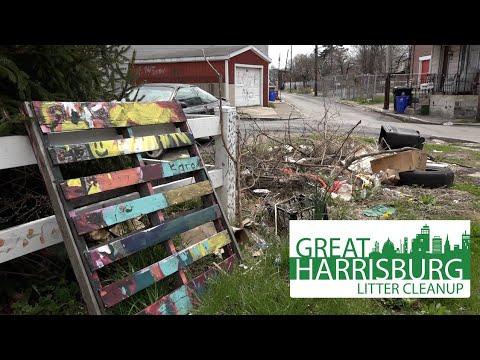 The 10th annual Great Harrisburg Litter Cleanup is happening next Saturday, April 23 from 8a-12p, and Tri County Community Action needs your help. Check out this piece we put together highlighting the great work they do.

Look who made a surprise stop into the Mayor's Office today? It's comedian and former MTV star Bill Bellamy. He's at Club XL tonight so check him out!

"We can't do this without your help. We need you to take pride in your neighborhood."

This week, Mayor Williams and Bryan Davis of the Harrisburg Redevelopment Authority did a walking tour of South Allison Hill to see which vacant homes the city can reinvest in and create affordable housing.

One of Mayor Williams' top priorities is to create more affordable housing, and it starts with going block-by-block throughout the capital city.

City of Harrisburg Project Manager Percy Bullock updated our press partners today on the ongoing 2nd Street construction project. which will be two-ways this June and fully completed this November.

You can read more about it here: https://harrisburgpa.gov/harrisburg-second-street-construction-two-ways-on-time/

PLAY BALL! Mayor Williams, alongside her grandchildren, welcomed the 35th season of Harrisburg Senators baseball on City Island with the throwing of the ceremonial first pitch. Right before her, Penn State legend Lavar Arrington tossed the first pitch as well!

You've probably seen or experienced the construction along 2nd Street. Here's the story behind it:

The project is ON TIME; it will be two-ways by June, with the project fully complete by November. The goal is to make 2nd Street safer and more beautiful for traffic and homeowners. This includes putting roundabouts in three intersections.

Our City Project Manager Percy Bullock walks you though what you can expect for the next six months.

Happy Opening Day! Today's Pic of the Day is all about the Harrisburg Senators, who begin their 35th season on City Island, with a 6:30 start against the Portland Sea Dogs.

Mayor Williams and her 12 grandkids will throw out the ceremonial first pitch around 6:15! Hope to see you there!

And please submit your best pictures of the capital city by tagging Harrisburg PA on Facebook!

Good morning! Hope your day starts as sunny as this beautiful mural at the corner of Market & 13th. It's our Harrisburg PA Pic of the Day. Like, share, and spread some happiness!

You can send us your photos by tagging us on Facebook or on Twitter and Instagram, and maybe we'll use it for an upcoming Pic of the Day!

This is another example of the city looking to beautify blight.

Showcase your talent by designing the official 2022 Artsfest sticker. Designs must be submitted digitally by May 1, 2022 to be considered.

One design will be selected and will be featured on the free stickers distributed at the event. The designer of the winning entry will receive $200 for their work.

Find the application form and rules at https://harrisburgpa.gov/artsfest. 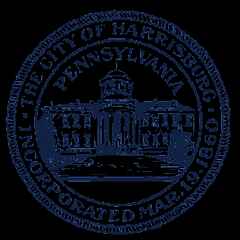 "This is a historic day, not just for African Americans, but for all of America. Justice Jackson represents the best in all of us."

Mayor Williams releases this statement on the historic confirmation of Justice Ketanji Brown Jackson to the U.S. Supreme Court.

Harrisburg Mayor Wanda Williams celebrates and thanks the U.S. Senate for confirming Justice Jackson to the Supreme Court.

Since 2020, the City of Harrisburg has offered rent, mortgage, and utility relief to hundreds of capital city families and individuals because of the COVID-19 pandemic. If you still need assistance, there are limited funds left! Please contact the Dept. of Building and Housing Development for help.

Great photo sent to us on Instagram by Bentley Waffles (https://www.instagram.com/bentleywaffles/). It's our Harrisburg PA Pic of the Day and you can send in yours by tagging us on Facebook, tagging on Twitter and Instagram, or emailing [email protected].

It may be rainy today, so let's brighten your day with a little spring bloom from last Friday. Today's Harrisburg PA Picture of the Day was taken by Barry Ciccocioppo overlooking the train station, with the trees exploding! Cover your eyes and nose if you get allergies!

Send your capital city photos our way by tagging us or emailing [email protected].

This week, Mayor Williams, alongside city and state leaders, broke ground on a historic new playground in Reservoir Park. The "Chutes and Ladders Playground" will provide a safe, spacious place for Harrisburg kids to bring the popular board game to life. Check out what you may have missed from our groundbreaking ceremony!

The City of Harrisburg’s Annual will be held in Riverfront Park from May 28th to May 30th. The City is seeking quotes for stages, tents, seating, and audio sound services for both the Jazz stage and Kids stage. features over 150 juried artisans from across the country selling handcrafted items in 16 categories, such as pottery, painting, fiber, metal and more. The festival also features live entertainment, kids activities, food trucks and more. Over 40,000 attendees are expected. RFQ details can be found on harrisburgpa.gov/purchasing or by contacting [email protected].

Chutes and Ladder Groundbreaking at the Reservoir Park. Please see our press event below:
https://youtu.be/ETjG7abZgME

Check out our amazing photo of the day taken by a City employee and submitted to us on our page. Thank you!

Today Mayor Williams attended United Way Youth Day of Caring on City Island. See below the footage of the event.

Check out our amazing photo of the day taken by Michael Yatsko and submitted to us on our Instagram page. Thanks, Michael!

Check out our amazing photo of the day taken by Cristina Sepulveda Chacon, and submitted to us on our page. Thanks, Cristina!

Check out our amazing photo of the day taken by Eileen Smith, and submitted to us on our page. Thanks, Eileen!

Check out our Harrisburg PA Picture of the Day. This one submitted to us on Facebook from Jonathan Edwards - 570 Drone. It's a couple weeks old at this point from the St. Patrick's Day Parade, but who can resist the adorable Dalmatian!

Be the first to know and let us send you an email when Harrisburg PA posts news and promotions. Your email address will not be used for any other purpose, and you can unsubscribe at any time.

Send a message to Harrisburg PA: 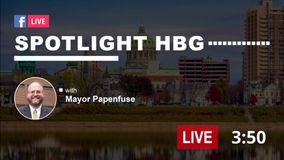 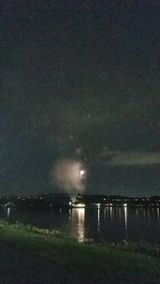 Office of the City Treasurer 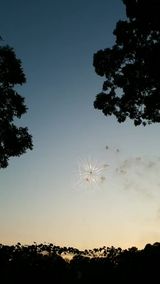 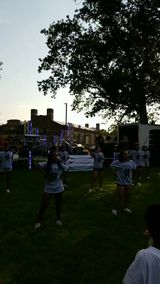 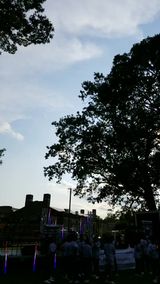 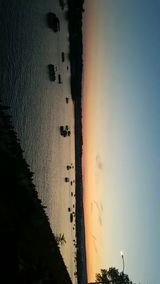 Interview with Elizabeth Hinton, Historian & Author of "America On Fire" 5-13-21

Community Conversations: Faith and the Impact of the Pandemic 4-2-21 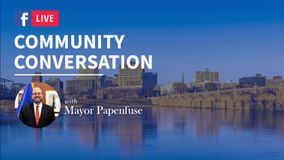 Other Government Organizations in Harrisburg

Hello! Harrisburg is my hometown, and I've been living in Georgia and Canada for the past 9 years, working on Emmy award winning prime time animated shows and such. I hope that it is appropriate to post here, that I am often available for small animated projects like this, for your businesses' social media or tv ads, or an intro to videos of nearly any kind. Thank you, I miss my beautiful Harrisburg and surrounding cities so much. Let me return the love of art, technology, and craftmanship that my home towns have given me, and I'll be back with my bike and kayak as soon as possible!

https://pastelink.net/2geyy
Alecos is currently open for delivery with UBEREATS, GRUBHUB, and DOORDASH! We also have pick up availability through call in orders as well as ordering through the slice app and the apps listed above🥗🍕🍝

https://m.facebook.com/story.php?story_fbid=1312878825730893&id=100010263649288
https://www.eventbrite.com/e/poised-and-prepped-for-2021-tickets-128207862167?aff=ebdssbonlinesearch
Where can I get a piercing tomorrow in Harrisburg? Preferably that takes walk ins &/or has any deals?! :)
what trying to say about election guys if you have real evidence and winning in court battle for fraud then i could see you going to legislature.But way its going now you are loosing court battles and telling judges there no fraud. how can you go to legislature and say it fraud when you told courts its not. why would the Pennsylvania legislature go long with this. all i have to say to legislature shame on you. you know trump has no real evidence. but you went along with the game. and if you don't believe me then look up court cases and you see lawyers said there was no fraud.
WAKE UP PA SECRETARY OF STATE KATHY BOOCKVAR IS A DEMOCRAT....SHE IS IN CHARGE OF ELECTIONS AND SHE IS DENYING THE VOTE TO BE RECOUNTED...DOESN'T TAKE A ROCKET SCIENTIST TO FIGURE THAT OUT...CALL HER OFFICE, GET ON HER TWITTER, GET ON YOUR NEWSPAPERS...DO EVERYTHING YOU CAN TO HAVE YOUR VOICE HEARD
https://fb.me/e/fwgGuOx0c
This is from one of the hotels in your city. This is the Redroof Inn in Harrisburg PA. The health inspector or someone from the city should check that hotel. Not a good look for visitors from out of town. Photos taken 10.10.2020

Other Government Organizations in Harrisburg (show all)