Created in 2000, the Texas Innocence Network, based at the University of Houston Law Center, is Texas’ oldest innocence network. Capital Division

The Capital Division represents death-sentenced inmates in their state and federal habeas appeals. TIN attorneys rely largely on student interns to conduct the exhaustive investigations necessary to develop the claims raised in these proceedings. The Ca

Created in 2000, the Texas Innocence Network, based at the University of Houston Law Center, is Texas’ oldest innocence network. Capital Division

The Capital Division represents death-sentenced inmates in their state and federal habeas appeals. TIN attorneys rely largely on student interns to conduct the exhaustive investigations necessary to develop the claims raised in these proceedings. The Ca

Did you know that an alarming 60% of children who were victims of child s*x trafficking had been involved with child welfare services?
Join Juvenile and Children's Advocacy Project, United Against Human Trafficking, and Houston Rescue and Restore Coalition TOMORROW JUNE 16, for a panel discussion on Foster Kids and Human Trafficking.
Katya Dow
Register here: https://lnkd.in/duTBEVr

Biden vowed to end the death penalty. A recent court filing suggests where he might start.

The AEDPA all but slammed the federal courthouse door closed on the wrongly convicted.

“It’s the Most Outrageous Thing I’ve Ever Seen. It Makes No Sense.”

“It’s the Most Outrageous Thing I’ve Ever Seen. It Makes No Sense.”

“But perhaps there is something more. If the State of Texas holds that it’s impossible to properly vet and train spiritual representatives of the myriad faiths represented among its condemned, and it violates a person’s religious liberty to be refused a spiritual adviser at the moment of death, then the simplest resolution is that no person ought ever to be executed in Texas again.”

If confirmed, she may soon have to reconcile her Catholic morality and the law over a death penalty case.

Do you know about our Texas Innocence Network? TIN, established at the Law Center in 2000, is the oldest innocence program in Texas, and has two divisions. The Capital Division represents death-sentenced inmates at every stage of their state and federal habeas appeals. The Non-Capital Division works to exonerate inmates who did not commit the crimes for which they were wrongfully-convicted.

The push to impose the federal death penalty no matter the cost poses a grave threat to the rule of law. 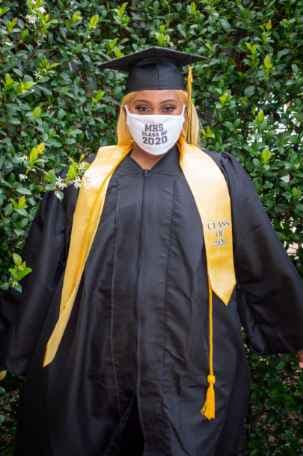 She was suspended from Thurgood Marshall High School after trying to verbally deescalate a fight between fellow students. Founder Tammie Lang Campbell and Attorney Christine Beeler of Juvenile and Children's Advocacy Project stepped in to address that the suspension was rooted in FBISD's pattern of unjustly penalizing Black students.

As a result of Campbell's and Beeler's advocacy, FBISD issued a formal apology and removed the three-day suspension from her record.

A 42-year inmate’s choice: Exoneration fight or ‘deal with the devil’ for freedom

“There is nothing merciful about asking someone to plead guilty to a crime the evidence clearly shows they didn’t commit,” she shot back. “It’s coercive, and to call it anything else is laughable.”

Though New Orleans prosecutors suppressed key evidence at his trial, Brooks was offered a plea deal instead of exoneration. He’s not alone.

Will Texas Execute an Innocent Man?

For two decades, Rob Will has been on death row for the murder of a cop. But activists say there is enough additional evidence to save him

NEW ORLEANS — Andre Thomas is blind because he gouged out his own eyes and ate one of them.He is incarcerated because he stabbed his white wife,

The Supreme Court restarted the death penalty in 1976 after ruling it unconstitutional. Our numbers show that race remains an overwhelming factor.

A DNA test could exonerate him 13 years after his ex*****on. The state refuses to do it.

Sedley Alley was executed based on little physical evidence and an allegedly coerced confession. A Tennessee judge refused the DNA test that could exonerate him.

The Trump administration has been seeking to utilize the death penalty on a federal level.

Rodney Reed just got a stay from the CCA. Tremendous work by his team.

The board's recommendation goes to Gov. Greg Abbott, who can reject or accept it.

How Do You Prove You’re Innocent If You’re On Death Row?

How Do You Prove You’re Innocent If You’re On Death Row?

Our client Patrick Murphy will not be executed tonight. This will allow proceedings to determine what right he has to be accompanied by a Buddhist reverend during the moments before he is executed to continue in the district court.

The US Court of Appeals for the Fifth Circuit has upheld the stay of ex*****on granted to Patrick Murphy by a federal district judge last week. The state will not appeal, which means Murphy will not be put to death tonight as scheduled. It’s the second time this year his ex*****on has been halted.

Our capital division interns (5 of 7 of whom are pictured below) have done some really terrific work this summer.

Attention Houston supporters! Join TCADP, the European Union, the Consul of Greece in Houston, and the University of Houston-Downtown for a special screening of Lindy Lou: Juror Number 2 on Wednesday, June 12 at 6:00 PM. RSVP today!

Lindy Lou: Juror Number 2 is a documentary from filmmaker Florent Vassault that tells the story of Lindy Lou Isonhood, who served on a capital jury in Mississippi 20 years ago. The jury’s decision to sentence the defendant to death had a profound impact on her. In the film, she attempts to track down other jurors to discuss their experience in the aftermath of the trial.

Following the film, we will have a discussion with experts on the front lines of the criminal justice system. This event is a collaboration with POV, PBS’ award-winning nonfiction film series: http://www.pbs.org/pov/.

Appetizers and drinks to follow the film screening and panel discussion.

Any 2020 candidate interested in criminal justice reform should take a hard look at the law that is denying prisoners access to the courts.

When Your Cell Is Next Door to the Death Chamber

When Your Cell Is Next Door to the Death Chamber

The Texas Catholic Conference of Bishops praised the Supreme Court’s decision to delay the ex*****on of Patrick Murphy, a Buddhist denied access to a minister during his scheduled ex*****on.

Every day for 14 years, Anne O'Donnell prayed for Alfred Brown. It seemed like the least she could do for the man she'd helped send to death row. A juror in the Harris County man's capital murder trial, O'Donnell had doubts from the start. As she remembers it, she was the last of the 12 who could be...

A juror's reflections on the death penalty

Lindy Lou Isonhood grew up in a town where the death penalty was a fact of life, part of the unspoken culture. But after she served as a juror in a capital murder trial -- and voted "yes" to sentencing a guilty man to death -- something inside her changed. In this engaging and personal talk, Isonhoo...

Especially notable is our form to submit for legal assistance through our new School Discipline program. If a student in middle school or high school in a public school in the Houston area is facing suspension, expulsion, or removal to a district alternative education program or a juvenile justice alternative education program, please refer them to our free program to see if our team can help.

"For the second time this month, the Texas Court of Criminal Appeals has halted an ex*****on days before it was set to proceed.

Kwame Rockwell, 42, was set for ex*****on Wednesday, Oct. 24. In a late appeal, his lawyers asked the high court to stop his ex*****on, claiming he was incompetent for the punishment due to his schizophrenia. To be executed, an inmate must be able to understand his death is imminent and link it to the murder in which he was convicted."

Be the first to know and let us send you an email when Texas Innocence Network posts news and promotions. Your email address will not be used for any other purpose, and you can unsubscribe at any time.

Other Public & Government Services in Houston