A few famous faces that may be known by some. These people made their mark in history and have become even more famous once they completed their tour within the Marines. #lifeaftermarines

Throwin' it back to "The Chosin Few."

On this day in 1950, Marines from the 1st Marine Division began the Battle of Chosin Reservoir.

No Marines have ever faced worse weather, terrain or odds than those who fought at Chosin Reservoir. Outnumbered 8 to 1 and surrounded by the enemy, Marines fought through 10 Chinese infantry divisions and -40 degree snowstorms to rejoin their allies at sea.

Ever wonder what it’s like to march onto the Peatross Parade Deck aboard MCRD Parris Island?

Take a walk with the Parris Island Marine Band drumline!

One of my all time favorite commercials and my ALL TIME favorite cause.

When you see a box somewhere this Christmas season, you know what to do. Despite how many toys they receive each year, there is never enough to fill the requests. (NO TOYS THAT LOOK LIKE REALISTIC WEAPONS)

Have a great weekend, Leathernecks. Be safe.

MARINES RUN TOWARD DANGER: Marines at a barracks near a senior living home that caught fire in Washington, D.C. ran toward the scene to help rescue residents. ❤🇺🇸

MOTIVATED MARINE OF THE QUARTER

Cpl. Mackinzie Wentt was selected as 1st MAW’s Motivated Marine of the Quarter for April – June 2018. Wentt was one of the first female Marines to successfully graduate from the Infantry Training Battalion and constantly encourages and inspires her peers, junior Marines and senior leaders.

Have fun in this journey and do your best to get better everyday, most importantly never lose the love and the passion for what you do!

Out here trying to change lives! Only a few has what it takes are you one of them?

Add me on Snapchat!

Snapchat lets you easily talk with friends, view Live Stories from around the world, and explore news in Discover. Life's more fun when you live in the moment!

Who inspires you to become a Marines?

Learn more about the Prior Service Enisltment Program by giving us a LIKE on Facebook!! Houston Marines about how you can continue your commitment to the U.S. Marine Corps. Contact a Marine Recruiter near you by going to @marines.com or marineofficer.com.

ATTENTION ON DECK: Marines in the area that are out of the service and want to come back into the ranks of Active duty have the ability to be considered for re-enlistment.

If your PMOS is listed below, here is some basic requirements.

IST results are in the books. Fail or even pass. What are you doing to improve your score?! Never quit, never give up, & keep fighting.

| If you can't maintain the standard, then go somewhere else |

Houston, get out of the rack. The Marines of RSS Willowbrook is on the attack!!!

Hey there Willowbrook, this is Sgt Garrett Gilbeau. I am looking for some assistance for a future member of the team! If any of y'all know of a local place near Hwy 6 and West Rd or close to Lonestar CyFair that is hiring let me know. And if anyone has a working vehicle or decent bicycle for sale shoot me a text at 832-725-0647. Marines help Marines, so let's start that tradition early!!

Marines, family and friends. One of our Marine Corps poolees seeking to become a United States Marine needs our help. Can you please take a moment and assist what can. Anything helps. Thanking you in advance. Lets help this future brother/ Marine out!! Semper Fi.

On Tuesday December 13th my life changed in a way that most can not relate. My mom came home from work feeling very ill, she barley had the strength to drive home. She was complaining of dizziness and nausea also a sharp pain in her left ear. When she made it home safe I got a look at her face an...

It was great to have #tankmachine back at Recruiters School this past week. This time he was getting interviewed by the first Marine he ever enlisted and passed on his "Benefit Tags" to Sergeant Saunders who will soon become a Canvassing Recruiter. #PrideOfBelonging #Benefittags #recruitingduty

Do you have what it takes!?

| We don't accept applications .... only commitments |

Bringing in the Christmas spirit.

Be the first to know and let us send you an email when Marine Corps Recruiting Sub-Station Willowbrook posts news and promotions. Your email address will not be used for any other purpose, and you can unsubscribe at any time. 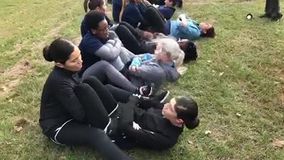 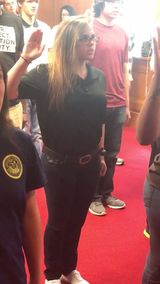 Welcome to the RSS Willowbrook Family Nicole Swendrowski The Oath of Enlistment "I, (state name of enlistee), do solemnly swear (or affirm) that I will support and defend the Constitution of the United States against all enemies, foreign and domestic; that I will bear true faith and allegiance to the same; and that I will obey the orders of the President of the United States and the orders of the officers appointed over me, according to regulations and the Uniform Code of Military Justice. So help me God." 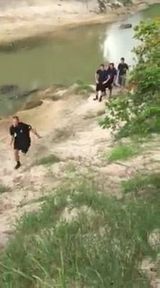 RSS Willowbrook is on the ATTACK!!! 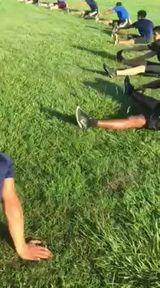 We are not easy, we show no favoritism and will not hand you anything for free. Everything at RSS WB is earned!! If you have what it takes to be a Marine, we will only give you an opportunity to EARN that title! United States Marine Corps 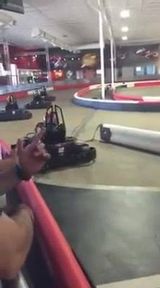 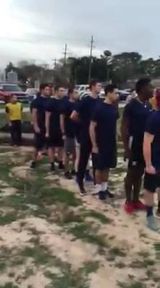 Sgt Gilbeau leading the way for the future Marines of RSS Willowbrook. 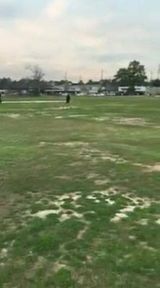 Not sure who the winner was but it was a good run! Great job! Everything in the Marine Corps is competition. United States Marine Corps 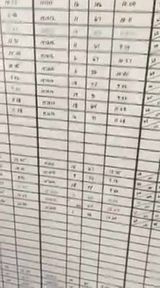 Gabby Long from Pumpd Nutrition came by today and called out on the Marine Corps Willowbrook poolees !!!! Knocked out pull ups today and does more then some of the poolees in the program. We need to get better poolees!! 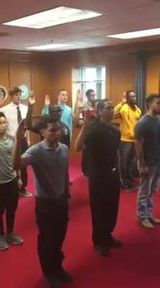 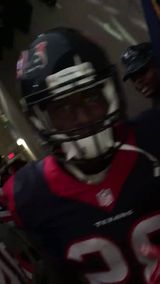