International Emergency & Development Aid (IEDA Relief) is a Houston-based NGO working in the US and overseas to help communities become self-sufficient.

IEDA Relief is an international Non-Governmental Organization (NGO) whose mission is to alleviate the suffering of vulnerable people by tackling the underlying causes of poverty so that people can become self-sufficient and achieve their full potential. IEDA Relief has been providing humanitarian assistance and serving communities since 2008. Internationally, IEDA Relief works to empower communiti

IEDA Relief is an international Non-Governmental Organization (NGO) whose mission is to alleviate the suffering of vulnerable people by tackling the underlying causes of poverty so that people can become self-sufficient and achieve their full potential. IEDA Relief has been providing humanitarian assistance and serving communities since 2008. Internationally, IEDA Relief works to empower communiti

The after effect of the Volcano eruption is more than what people thought would be. #iedarelief Response team has been on the ground working with local authorities and churches to assist those affected by the Volcano.

More than 30 people have lost their lives, thousand displaced with no shelter, food, water or place to sleep.

To support our effort Donate at: https://paypal.me/GomaVolcanoRelief?locale.x=en_US

Emergency: Nearly after 20 years, Valcano Nyiragongo engulf Buhene a neighborhood at the edge of Goma as homes covered by lava. 15 Confirmed dead and thousands displaced due to the aftermath of the eruption.

#IEDARelief Response Team deployed on the ground, working with #locals and #authorities to provide assistance to those affected.

The Harris County COVID-19 Relief Fund public application is open, you can apply online at www.harriscountyrelief.org or over the phone at (832) 848-0214.

To fight Malnutrition In Health Clinics, IEDA Relief launched a Community Garden Initiative in Tchipaka, Kasai Province to combat malnutrition for the population. From 2015 to 2018 over 252,787 individuals have benefited from our #Nutrition programs in partnership with other #NGOs.

Welcome to your Beto Pop-up Office! This is where you can sign up to knock doors and make phone calls to get out the vote for Beto.

Education is more powerful than a weapon of war. In partnership with #unhcr and #USEMBASSY #IEDARelief provided training to refugees in #BurkinaFaso.
.
.
.
.
#unhcr #UnitedStatesDepartment #USEmbassy #sustainability #Education #djibo

Women Empowerment: Don't just give me fish but rather teach me how to #fish. Adults in Burkina Faso get training to empower them to provide for their families and sustain their communities.
.
.
.
.
#Skills #Sustainability #Education #Training #Mothers #Equip #empowerment #family❤️ #Unicef #unhcr

Refugees who helped USA Troops should not worry about admission to the United States. They sacrificed their lives and loved ones to keep our soldiers' safe while on Duty. #RefugeesWelcome #WhereRtheRefugees #Welcome75K

The joy of a #child when she knows she's safe. In partnership with #unicef and other local Organizations #IEDARelief works to provide a safe environment for children to grow, learn and become leaders of tomorrow. www.ieadrelief.org
.
.
.
#childrens #smile #safety #ChildProtection #Protection #care #environment

Every Child deserve a better #future, what are your contributions to help those in need. 📸by @DosMedia www.iedarelief.org
.
.
.
#Relief #Future #childrens #Unicef #family❤️ #motherhood #mothers #ChildProtection #Cameroon

#IEDARELIEF Joint effort with WFP, FAO and Christian Aid on fighting #Malnutritions in the zone of Kitangua/Kasai. #Malnutrition #Health #WoldFoodProgram. 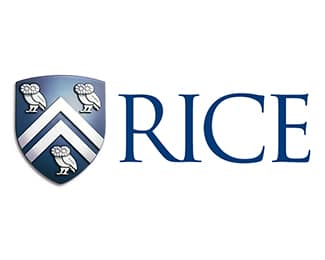 @IEDARelief welcomed over 25 students from @RiceUniversity Urban Planning program to learn more about #refugees and #Immigrants at a global scale whereby CEO: Phil Maanulwa share great knowledge and insights on how they can become advocates for refugees and immigrants in @Houston and @globally. #RefugeesWelcome #OnePeople.

#IEDARelief at UNHCR Annual Consultation Geneva 2018 where over 50 NGOs participated to learn how to they make impact by #PuttingPeopleFirst. www.iedarelief.org

Our Head of Mission in Niger Capacity Building for post Disaster Assessment organized by #UNDP #IDEAReliefNiger.

Many people left their country fleeing violence, persecution, and War. Today we unite together to remember and celebrate their lives. On this day forth #IEDARelief wishes you all Happy #WorldRefugeeDay #RefugeesWelcome #Refugees #WRD #StandTogether #Impact

Moving forward with our Mission. 2018 is a year with a shift on how #IEDARelief will assist vulnerable populations and communities. From #refugee crises, mass #migration, #IEDARelief is determined to tackle these challenges and make a difference. To learn more how you can be part of our mission visit us at www.iedarelief.org or [email protected] #togetherStornger.

#IEDARelief 2017 End of the Year Students Celebration. Thank you to our Partners #LiteracyAdvance #Connect4Literacy #HoustonCenterForLiteracy #FAM for the support and dedicarion on Helping Immigrats and Refugees become Self-Sufficient. #ESL #ENGLISH #Houston #Immigrants #Education.

#IEDARelief Open House in Tshipaka, Kasai, DRC to assist communities and help Heal All affected by conflict. We are grateful for this initiative to assist those affected in Kasai. #Conflict, #Assistance #Help #Relief #Kassai. www.iedarelief.org/assist.

Phil Maanulwa the CEO and Founder of IEDA Relief speaks about how to become resourceful. #Relief #TEDxSugarLand. https://www.youtube.com/watch?time_continue=13&v=N3fQTBujJ5Q

One person can have a huge impact on others if they choose to take extraordinary action. Anyone can build something amazing if their aspirations are big enou...

#TEDExSugarLand We are grateful for the President and CEO of #IEDARelief for sharing the knowledge on how "One person can Make an Impact and how to Never be short of Resources when you are Resourceful". www.iedarelief.org

32 Million American reads at a level lower than a 5th grader. Of adults with the lowest literacy levels, 43% live in poverty, and 70% of adult welfare recipients have low literacy levels. There is a clear correlation between more education and higher #earnings and between higher educational scores and #higherearnings. https://www.proliteracy.org/Resources/Adult-Literacy-Facts Learn more about our program at www.iedarelief.org Today America mourn and remember those who lost their lives on September 11, 2001, #911. More determined than ever
“The attacks of September 11th were intended to break our spirit. Instead, we have emerged stronger and more unified. We feel renewed devotion to the principles of political, economic and religious freedom, the rule of law and respect for human life. We are more determined than ever to live our lives in freedom.” —Former New York Mayor Rudy Giuliani.

On 9/11 a void was left in our city and hearts. In the wake of the unimaginable, we came together in unity. Today, in that spirit of unity hundreds gathered together on the 9/11 Memorial to honor the nearly 3,000 people killed on 9/11.

Tribute in Light, a symbol of our endurance and a powerful reminder of the strength we found on 9/11 will light up the sky this evening. The 9/11 Memorial will remain open to the public until midnight for a special viewing. https://911memorial.io/2wW95BE

Many of our clients and communities have children and Young Adults who are affected by the ending of #DACA program. At #IEDARelief we #StandTogether with #DREAMERS. For any Legal Assistance contact our center at 713-774-2522.

Be the first to know and let us send you an email when IEDA Relief posts news and promotions. Your email address will not be used for any other purpose, and you can unsubscribe at any time.

Send a message to IEDA Relief:

#IEDARelief at UNHCR Annual Consultation Geneva 2018 where over 50 NGOs participated to learn how to they make impact by #PuttingPeopleFirst. www.iedarelief.org

Our Head of Mission in Niger Capacity Building for post Disaster Assessment organized by #UNDP #IDEAReliefNiger.

Moving forward with our Mission. 2018 is a year with a shift on how #IEDARelief will assist vulnerable populations and communities. From #refugee crises, mass #migration, #IEDARelief is determined to tackle these challenges and make a difference. To learn more how you can be part of our mission visit us at www.iedarelief.org or [email protected] #togetherStornger. 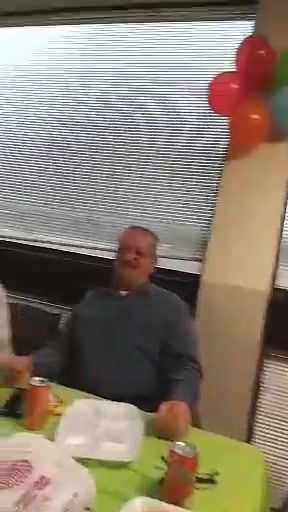 #IEDARelief 2017 End of the Year Students Celebration. Thank you to our Partners #LiteracyAdvance #Connect4Literacy #HoustonCenterForLiteracy #FAM for the support and dedicarion on Helping Immigrats and Refugees become Self-Sufficient. #ESL #ENGLISH #Houston #Immigrants #Education.

A sneak peek into our Playroom provided for our ESL students so they can be motivated to attend and also focus in class 😁 Thanks to our wonderful volunteer Adrian and her mom who's volunteering for today too..😘 BTW, we had a light day today due to the weather....

Cooling off after the Baker Ridley KNOW YOUR RIGHTS Training

The extensive damage caused by typhoon Haiyan increased the vulnerability levels of different affected communities in the region. This created the need to constantly assess and monitor protection needs during the transition and even in the post-disaster phase of the crisis. The Philippine Protection Cluster – Eastern Visayas Coordination Hub have then saw the importance of conducting a needs assessment and monitoring initiative in the Tacloban Hub, covering Eastern Leyte and Western Samar or equivalent to 29 municipalities get a general overview of the protection status in the said areas. However, the pooling of resources for the said needs assessment and monitoring initiative is on voluntary basis. UNHCR, Help Age International, CFSI and IEDA Relief then cooperates each other beyond limited resources with UNHCR mainly providing the logistical supports to realize the project. Coordination role was vested with IEDA Relief with its strategic office location and capacity.

IEDA Relief Philippines is one of the most recent country programs of the International Emergency and Development Aid (IEDA) Relief Inc. It is our organization’s first presence in Asia and thus represents an important milestone in its history. It demands from IEDA a dramatic significant shift – a change in not only in cultures and languages but in development perspectives. With its Asian presence to its established missions in Africa, Carribean and the United States, IEDA can now practically embrace the world and make real its vision of helping communities become more self-sufficient. Helping build better communities from the ashes and debris left by the devastation caused by typhoon Haiyan is no easy feat. In the face of a natural disaster of such catastrophic magnitude – the strongest tropical cyclone in recorded human history – one cannot but ask how the herculean task of rebuilding lives and communities can began. So much has to be done with limited resources, too many problems for seemingly finite solutions to deal with, so many tasks to be done by so few hands available. With almost ten thousand dead and tens of thousands left homeless and with their means of livelihood damaged, starting all over again – the task of recovery and rehabilitation could take years and the people of the Philippines would need every help to make it happen.

After five months of operation in the Philippines, IEDA Relief Philippines is happy to present this year’s country report. Despite the fact that our country program continues to contend with challenges and limitations, we has made modest accomplishments and contributed significantly to the overall post-disaster and early recovery efforts. Even with limited funding and despite being solely dependent on internal funding sources, we were able to deliver programs and projects that have made significant impact among communities affected by the recent disaster.