Please help us award Scholarships to deserving student/athletes of MCA by donating. If you want & if you can, please make your donations through PayPal:
https://www.paypal.com/cgi-bin/webscr?cmd=_s-xclick...
Thank-You for your Contribution & Generosity. Peace...

Please help us award Scholarships to deserving student/athletes of MCA by donating. If you want & if you can, please make your donations through PayPal:
https://www.paypal.com/cgi-bin/webscr?cmd=_s-xclick&hosted_button_id=6WT74XQZ4EZJS
Thank-You for your Contribution & Generosity. Peace...

Help support Mt. Carmel Athletic Club by donating or sharing with your friends.

Be Safe Everyone & Don't Forget To Wash Your Hands.

Should Parents Talk to Coaches?
https://www.ncsasports.org/blog/2019/08/05/parents-talk-college-coaches/?utm_source=newsletter&utm_medium=email&utm_content=blog&utm_campaign=newsletter-email&mktgcid=newsletter

College coaches across all sports agree that parents play a significant role in the athletic recruiting process. NCSA’s 2019 State of Recruiting report found that on a scale from 1 to 10, coaches ranked the impact of parents on an athlete’s recruiting process as 8. While it’s true that a stron... 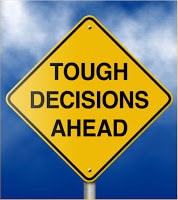 A leader can't always please everyone. Oftentimes, they will need to make some tough decisions. http://bit.ly/2NsVzvS

How true is that?

How true is that? 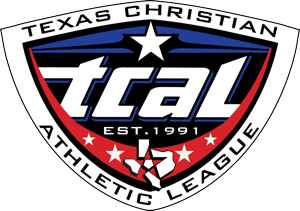 Mount Carmel Academy...
The school will be providing sports' physicals next Wednesday, June 14th at 6pm for $20 (cash only) in the MCA cafeteria. Please call the school to confirm your spot at 713-643-2008 or you can just show up on Wednesday. Don't be the stupid reason your team doesn't advance...
https://sportsday.dallasnews.com/high-school/high-schools/2017/05/08/molina-forfeit-game-1-next-baseball-playoff-series-players-ejected-last-game-fight

Mt. Carmel Athletic Club Scholarships are given to deserving student/athletes who qualify from Mt. Carmel Academy in Houston, Texas.

11 Drills That Will Make You a Faster Runner

11 Drills That Will Make You a Faster Runner

Athletes how many of the 10 will you check off?

With the rebirth of Mt. Carmel in 2008 came a new beginning! A chance to rebuild from the ground up. Our family (Rico Family) is very proud to have been a part of helping Mt. Carmel from the ground up since the summer of 2008. One of those challenges was the sports program. My challenge was to revamp the Mt. Carmel Baseball Team, then known as the Rebels. I was committed to bring fun and excitement through the game of baseball. Those first years were rough but we managed to qualify to The TCAL State Baseball Tournament. From 2009 till now 2016. Mt. Carmel Baseball has been State Runner-Up 5 times, The State Final Four 6 times, Regional, Champions 1year. and District Champions 3 times during my time here. We've had several members play for NAIA 4 yr. schools a Junior College and several play College Club Baseball. (As well as some of our alumni going on to play in the NCAA, Minor Leagues and Major League Baseball.) I'm very proud of these young men and of all the baseball student/athletes who have played and participated with us. I've never regretted my time with these fine young men and I hope and pray that I was able to make a positive difference in someone's life or lives.
During our time together we not only learned about baseball, we also learned about life and the opportunities it affords us from time to time. In our conversations we would talk about recognizing when an opportunity presented itself. That opportunities can sometimes past you in a blink of an eye or linger just long enough until you notice and then it's too late. Sometimes those opportunities are gone for ever, sometimes you'll see them again way on down the road and sometimes they come back without even knowing. The thing is, what are you going to do with an opportunity when you get it?
An opportunity for me came to be the Baseball Head Coach for Mt. Carmel. One that I have cherished ever since 2008. This allowed me to mentor young minds and teach not only the game of baseball but also about respect and honing up to your own actions... being responsible. And every baseball student/athlete that I came across no matter what, they liked and enjoyed the game of baseball. It was the "Never Give Up" attitude that attracted me to Mt. Carmel and becoming the Head Baseball Coach. Having a combination of great players and the willingness to go for it and laying all on the field... that don't give up attitude has lead this team to be one of the power houses in TCAL in our District. So much so that for the past two seasons (2015 & 2016) we've gone 18 - 2 in District play.
We've also re-established our Baseball Alumni game after a 20 year hiatus. I believe it's important that the Mt. Carmel Baseball brotherhood/family stay in contact and know that many of our Baseball Student/Athletes have gone on to do great things later in life... Professional Athletes, College Coach, State Representative, State Judge, Doctors, Lawyers, Founders & Presidents of companies, Military, Fire & Law Enforcement, Civil and Social Services and anything & everything in between. Mt. Carmel Baseball was a starting point where we all had something in common.
As I look back at my involvement with Mt. Carmel Baseball I have no regrets. And remembering out conversations about opportunities I was presented with one I never ever thought possible. A once in a lifetime chance to coach in the college ranks. After much prayer and time with my family, it was not an easy decision to make. With the overall improvement of the current Mt. Carmel Baseball team these past couple years, I feel the team will perform well and be competitive for years to come. Including Winning The State Championship!

I have decided to step down as Head Coach of Mt. Carmel Baseball and take advantage of the opportunity and challenge of becoming the New Head Baseball Coach at the college level with Lone Star College-North Harris (Hurricanes). I would like to thank Paul Sobieski and the Mount Carmel school board who believed in me and first gave me a shot with Mt. Carmel Baseball and to Mr. & Mrs. Giachinno who extend their confidence in me and continued to believed in me and our program. A HUGE THANK-YOU to our parents, family and friends of our baseball student/athletes who believed in our philosophy and who gave of their time, money and efforts all during all these seasons! And, most of all... to the baseball student/athletes themselves... it is their determination and focus that kept our sport alive and well! You guys made it all possible to enjoy!
Thanks to all the former Mt. Carmel Baseball Players who returned and assisted our guys at the practice field... and to our Dads & Moms who have help our team grow and who have helped on the field and kept score as well as to the families who have set up concessions and assisted in our dinners and gatherings since 2008/2009. Thank-You to the men who have stepped up as 1st. assistant coaches during my tenure at Mt. Carmel: Rick Martinez, Sal Delagarza, Mark Flores, Tommy Bischof and Art Perez. Last but not least, Thank-You to my Family for their understanding and to GOD for allowing me the greatest opportunity in the world to guide these young men these past eight seasons.
Thank-you for all the GREAT memories this, past & present group has provided. I will never forget you or any of our teams from the difficult to the successful times. I wish only the best and continued success for Mt. Carmel Baseball. Now that I am the New Head Baseball Coach at Lone Star College-North Harris, we would love to have you come to a Great Affordable College for your education and know that we also have a New Baseball Team. The Lone Star College-North Harris Hurricanes Baseball!

Thank-you all. May God continue to bless you, your family and the team.
Have a Great & Blessed Day!
We Are, One Heartbeat... We Are, One Team... We Are Mt. Carmel!

Your Actions will determine your Destiny...

Be the first to know and let us send you an email when Mt. Carmel Athletic Club posts news and promotions. Your email address will not be used for any other purpose, and you can unsubscribe at any time.

Other Public & Government Services in Houston

Sal, you make us all proud with your pride and passion. I am so thankful for the new bus, and the "old" sign. Wish we could have got the baseball field scoreboard, but at least it won't be wasted. The teams are fabulous. Thank all of you who make this school so successful. We are blessed to have so many who care so much. Go Rebels!
Mount Carmel Academy Football
Hey when was Mount Carmel's last state title?
x

Other Public & Government Services in Houston (show all)