The following User Agreement (“Agreement”) governs the use of official Department of Defense social media sites and pages to include social networking pages, web blogs and file sharing sites, along with all policies applicable to the .mil domain. Soldiers of Alpha Company, 1-120th IN, successfully completed Annual Training 2021 at Fort Bragg, NC from 10-25 July 2021. This year our Soldiers focused on individual skills as they prepare for Bradley Gunnery and Squad Live-Fire training in 2022. Our Soldiers got to qualify on their individually assigned weapons (M4 Rifle & M249 SAW) for the first time using the Army’s new qualification course of fire. Alpha Company spent a full week on live-fire ranges where our Soldiers got several opportunities to shoot both day and night. Pleased to report all Wolverines qualified both day & night on their weapons and all Soldiers proved they know their basic Army Warrior Tasks (AWTs) by completing our first Tuskhog Forge Event.

You will forever be remembered.

Your sacrifice will not be forgotten.

Your family’s sacrifice will never be forgotten. 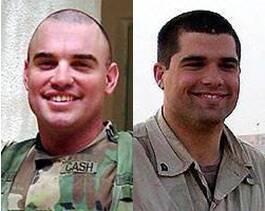 WE WILL NEVER FORGET!

U.S. Soldiers from the Alpha Co 1-120th Infantry Regiment, 30th Armored Brigade Combat Team, paid the ultimate price in defense of freedom. We owe a debt of gratitude to these heroes who did not make it home.

To ALL Soldiers from the 1-120th IN, 1-252nd CAB and the whole of the United States Military who have paid that ultimate sacrifice we remember and honor you, not just on this weekend but always.

We also pray for the Families and loved ones they left behind. You are not forgotten.

TEAM WOLVERINE, which also included elements from HHC & B Co 1-120, C Co 1-252, and I Co 230, got some much needed field time at Fort Bragg NC during their April drill. Soldiers were glad to be back in their “natural” environment where they conducted drivers training for new Soldiers, field maintenance, and Fire-Team/Squad maneuvers. Wolverine’s also got to practice the new M4 individual weapon qualification course of fire in the EST 2000 simulator.

A Co along with Soldiers from across the entire 1-120th IN and C Co 252 AR recently deployed to Washington D.C. in order to provide additional security for the 2021 Presidential Inauguration. Our Soldiers demonstrated true professionalism and dedication to the NCNG motto - Always Ready!

Within just 48 hours of activation our force was assembled, equipped, and deployed to our nation's capital where they successfully completed their mission supporting local law enforcement across multiple METRO stations.

Please take a moment and congratulate our Soldiers for a job well done!

Thank you all who were able to join us virtually in welcoming our new Company Commander, CPT Brian Handlon! 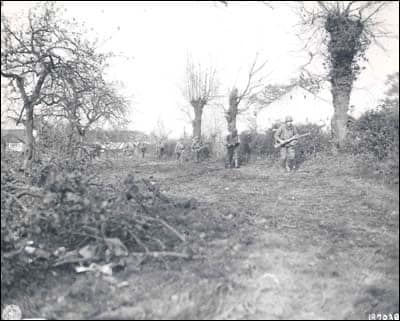 It was a honor and a privilege to take part in today's happenings at the Jacksonville Readiness Center. The monument has been installed in its new location. The Readiness Center is still a construction zone. Hopefully it will not be long before we can reoccupy. In addition, the sign is now in its proper place.

A huge thanks to everyone who has ordered shirts to support A Co! The shirts should arrive just a couple of days after you order it. Show some love and post your pics sporting your new threads! We love to see past and present Wolverines representing!

We have a new Wolverine company logo and we had some shirts made up! If you’re interested in sporting one they are $15+shipping. They’re super comfy Next Level T’s. All monies go to A Co unit fund. Just DM this page and we’ll set you up! 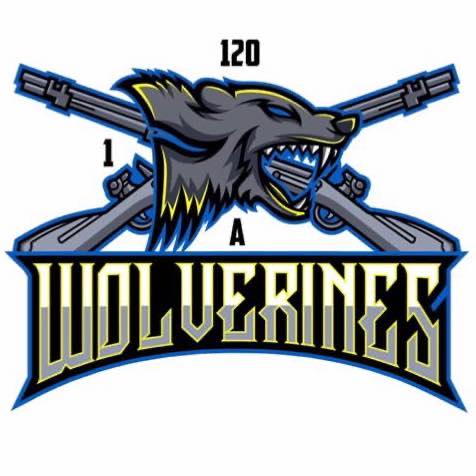 Can any identify what room this used to be??? 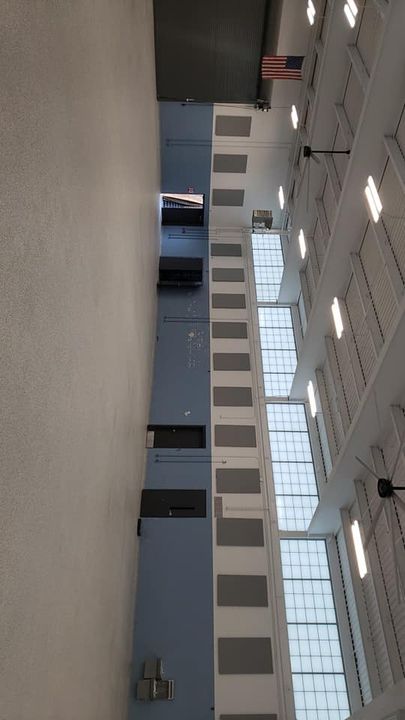 The remodel of the Armory is coming along! Buiding renovations in Jacksonville are coming right along. They have started work on where the new flag pole and where the monuments will be moved to.

Sgt Scott carrying the A Co guidon this year at the Reindeer Dash for Cash. 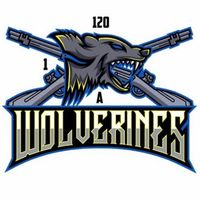 Its that time again... have you registered?

Dear Families and loved ones of Soldiers in the 30th Armored Brigade Combat Team:

We are closely monitoring the projections for Hurricane Dorian. While there is still uncertainty of where and when this dangerous storm will make landfall, we do know that it is never too soon to enact your plans to safeguard yourself, your families and your homes.

As members of the National Guard family, we understand and appreciate the burdens you carry while your Soldier is away. In addition to the challenges of deployment, Team Carolina may once again be facing the impacts of a major hurricane. Even though hurricanes are nothing new to this region, you must be vigilant as each one is unique in the impacts they bring.

We are urging you to have your plan in place should you need to evacuate. Listen to news reports and heed advisories from your emergency managers. Knowing their families and loved ones are out of harm’s way enables our Soldiers to remain focused while they are mobilized.

We remind you to stay in touch with your family assistance coordinators and chain of command in your home states. These links from each state provide information and resources to assist in your emergency preparations. Your NC and SC State Family Programs will also be providing additional information as this situation evolves.

Thank you as always for your unbridled commitment to the “Old Hickory” team. We could not perform our mission without your support.

A great aerial photo of the National Training Center's infamous Dust Bowl. The Citizen Soldiers of the 30th Armored Brigade Combat Team, as well as, hundreds of others supporting the 30th are there at this moment. They endure a "shadeless", 100+ degree day in the Mojave Desert getting their equipment ready for a gruelling test of endurance and "near-real" combat against a high-tech, cunning, and agile enemy force. In a couple of days, they will mount up, depart the dust bowl and head into the central corridor for nearly two weeks of combat training. Wish them well in their coming fight! Old Hickory!

The dedication of the Beulaville Armory to SGT Robert Bittiker will be Sunday, 10 March at 2pm. Please use the invitation link: https://einvitations.afit.edu/inv/anim.cfm?i=433489&k=0662410D735E

Some of the younger Wolverines were able to experience their first sandstorm and desert rainstorm yesterday at Ft. Bliss.

Good morning from A Co "Wolverines!" The Wolverines are currently at Fort Bliss, Texas preparing to conduct crew and platoon gunnery while at Fort Bliss.

Take a momment today to remember four outstanding men and soldiers from A CO, 1-120th INF Wolverines. These brave men made the ultimate sacrifice 8 years ago today in Iraq. NEVER FORGET!

Today we welcome the Veterans of the 30th Infantry Division at Joint Force Headquarters.

Be the first to know and let us send you an email when A CO, 1-120th INF Wolverines posts news and promotions. Your email address will not be used for any other purpose, and you can unsubscribe at any time.

SSG Fields surprising his son today at school. What a awesome coming home from deployment surprise!!

Happy Birthday SSG Fields and congratulations on being the "most experienced, wisest, most travelled, but not OLD" member of the company!!!

Welcoming in the soldiers of the 1-120th, at the deployment ceremony.

Wolverines qualifying with the SAW.

2nd Platoon Squads conduct enter and clear a building walkthroughs at Camp Lejeune MOUT site, this gets done over and over and over again...repetition increases your muscle memory and knowledge of your batte buddy's habits, which increases the effectiveness of the team. For Infantry Squad and Team Leaders, it is difficult to get this kind of time with your teams during IDT in the National Guard, these Wolverines took full advantage of the quality training time they received and it showed during their Run phase. Wolverines!!! P.S. Not sure what happened with the sound -Wolverine 7

I couldn't have asked for a better day of training

Another wolverine kind of day

WOLVERINES!!! Outstanding weekend at Camp LeJeune...great work by the Master Gunners from 1-120 Infantry Regiment , A CO, 1-120th INF Wolverines and B CO, 1-120th INF for coordinating and running a Great Range at Camp Lejeune. Special Thanks to SFC Pitts (A Co), SSG Nance (B Co) and MSG Mast (BN MG)...Great Work Tuskhogs!!!! Wolverine 7

More footage after the riot was put down and the Kosovo city mayor was saved from possible kidnap. FYI, German and Slovenian forces we're definitely already a T at the riot control task before this exercise kicked off!

Other Public & Government Services in Jacksonville

Doc Izzy's Casualty Collection Point in Iraq!!!
Got my shirts in the mail today! Ready to show them off at the gym and to show folks why I'm a wolverine for life
Wolverines
Any idea when more shirts are going to be available?
What’s up Wolverines. Being a former Wolverine myself, I know one of the issues we used to run into back in the day a lot was trying to find a good sling. My good friend, who just happens to be down in Jacksonville, hand makes rifle slings. Super high quality and super functional. Check out his page below to see what he has to offer. I promise you won’t be disappointed. Completely legit Veteran Owned Business. Posted with permission from the 1SG. https://m.facebook.com/VME-Tactical-Slings-217273232160954/
Come celebrate the 100th birthday of the 30th, meet Old Hickory WWII vets, and catch up with battle buddies!