Empowering the residents and friends of Langston, OK to become homeowners. On behalf of the town of Langston, we want you to know the tools and resources that will empower your family for generations to come.

Economic empowerment begins with homeownership. To that end, please partner with us as we build new homes in the Langston community, educate residents and friends of Langston about financial freedom, and take the Town into the next generation.

We are getting ready for the next homeowner seminar in March. Look out for another announcement!!!

There are very few black and Latinx investors, with only 2 percent of investment team members at VC firms identifying as black and just 1 percent identifying..

Celebrating a birthday? Have your kid's party at The Langston Center.

Donnell L. Barnett: How Langston could make a difference ... in Langston

Langston is the largest employer in Logan County. The town of Langston has a population just over 1,800 and a median income of $38,000. Langston University is an anchor institution.

Jiu Jitsu classes for beginners. Come experience the martial arts in a safe, energetic, and positive environment for the whole family.

We are so proud to host the Golden Legacy Lioness girl's dance team. Family, friends, and good times...TLC. 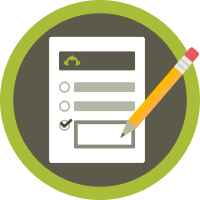 Can you spare a few moments to take my survey?

The LANGSTON COMMUNITY SURVEY is here. You may complete the survey online, or fill out paper copies at

You will have a chance to win a $25 gift certificate for your participation. THANKS - Lets make Langston Great Again. 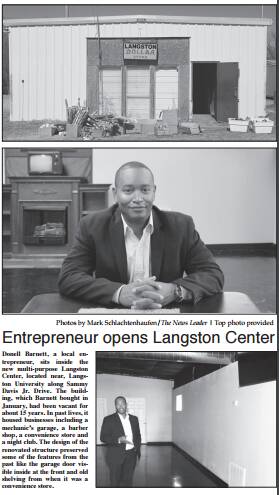 Not the best coverage, but I will take what I can get.

The Langston Center (TLC) is your all purpose event and community center.

Tax check time is around the corner. Will you buy some stuff you don't need or will you put a down payment on a house?

Employment reduces your ability to see the table and chairs inside of the tree.
-Myles Munroe.

How would you like assistance with building a new home or improving an existing one. There are lots of resources in Oklahoma. The USDA has great programs to assist in homeownership. https://www.usdaloans-101.com/usda-loan-limits/oklahoma-usda-loans.html

USDA Rural Development loans can be used in Oklahoma to purchase a new home with no down payment, low rates and low mortgage insurance.

The administration called the move "historic," while conservatives are decrying it as "social engineering"

How would you like assistance with building a new home or improving an existing one. There are lots of resources in Oklahoma. The USDA has great programs to assist in homeownership. https://www.usdaloans-101.com/usda-loan-limits/oklahoma-usda-loans.html

USDA Rural Development loans can be used in Oklahoma to purchase a new home with no down payment, low rates and low mortgage insurance.

Could Gentrification Be the Answer to Urban Poverty?

Many people agree that you are, in general, what you hang around. You find versions of this wisdom in multiple contexts, “birds of the feather flock together”, “you are the product of your environment”, “if you want to be wealthy, hang around wealthy people”.

It is a nice thought, and it is typically applied in nice contexts...being smart, getting rich, and being productive. The concept also applies to whole communities. People that live in wealthy neighborhoods tend to stay wealthy. As well, people that live in poor neighborhoods tend to stay poor. A study published by City Observatory (Cortright & Mahmoudi, 2014) showed that 66% of communities that were “high poverty” in 1970 were still that way in 2010. The author’s central argument is that concentrated poverty is the crippling force of the poor and urban growth.

A Brookings Institution article (Grabinsky & Butler, 2015) suggests gentrification may be the answer to concentrated poverty. The authors point out that wealthier suburbanites moving into impoverished communities may A) demand better services, B) have higher expectations for clean streets and reduced crime, and C) increase the tax base to fund such services.

As a Chicago native, I see the process in real time. Driving down the west side’s main corridors, Madison Ave., Jackson, Roosevelt RD. and others, once vacant lots now accommodate mixed-use buildings and metro-chic dwellings, the inhabitants of which don’t look like most of the residents in the community. To the extent that this improves the lives of the residents, the jury is still out. What is clear is that Black and Brown people are exchanging their metro living for, in some cases suburban life, and in more extreme cases, moving to states in the south, what some have termed “Black Flight” (The Economist, 2011).

Residents tend to resent the displacement that comes along with gentrification. However uncomfortable or distasteful it is to see a community lose its flavor, there is a question residents must ask themselves. Will your life be better off because of that displacement. Given the likelihood of escaping poverty while at the same time staying in an impoverished community is next to nothing, heading for the burbs may be a better decision...that is until poverty finds you in the suburbs.

Good news everyone. We are planning on a follow up housing fair in March. Lets see what we can build in Langston.

It's really happening. What a success.

Looking forward to seeing you tonight. It's gonna be great.

Did you know the Oklahoma Housing Finance Agency has a first time homebuyer program? Check it out http://www.ohfa.org/HomeBuyers.aspx?mp=HeaderHomebuyer

You are cordially invited to a Housing Fair sponsored by the town of Langston.

3. Down payment and assistance programs

The goal of this initiative is to educate and empower the Langston community to enlarge their personal and community territory.

Please come out and support us as we support you.

Be the first to know and let us send you an email when Langston Housing Initiative posts news and promotions. Your email address will not be used for any other purpose, and you can unsubscribe at any time.

Other Public & Government Services in Langston