We’re in uncharted territory. One thing is for sure this pandemic will end and many people will be looking for jobs. It is now as important than ever to protect your employability. Protect your criminal record. Let us help you. Give us a call at 703-335-6468 for a FREE case evaluation. If you’re interested in seeing if you’re a candidate for the expungement of a prior charge, we will give you an answer. Serving all of Northern Virginia. Flexible payment plans available. #AlwaysonCall #Lawyer4Life #Tellafriend Hollie Daniel

The glasses and the purple dotted tie must have worked. We won our motion for #Emergency #Custody yesterday in #Fairfax Juvenile and Domestic Relations #Court. Within a few hours my client was reunited with his child whom he had been fighting in to get back in another state for almost a full year! I can’t imagine how difficult the last year has been for the client and the child, but I was grateful I could see #justice done in this case. #smilingkid #happyclient #tellafriend #Lawyer4Life #DaughertyLaw Hollie Daniel

New Laws in VA that you need to know today!

Whitestone Young, P.C. is pleased to announce that Partner Justin Daniel has once again been selected as a SuperLawyers Rising Star for 2017. Justin has now been nominated by his peers and selected for this list three years in a row. His dedication, talent, and hard work continue the tradition of excellence in legal representation at our firm.

Justin Daniel is one of the top rated Criminal Defense attorneys in Fairfax, VA. He has met the stringent Super Lawyers selection criteria.

I know why families were created with all their imperfections. They humanize you.
They are made to make you forget yourself occasionally, so that the beautiful balance of life is not destroyed.
- Anais Nin

Remember: You never have an obligation to speak to law enforcement without your attorney present. It's your constitutional right, but if you do, be polite, courteous, and respectful of their authority. #lawyer4life #fairfax #arlington #princewilliam #loudoun #problemsolver 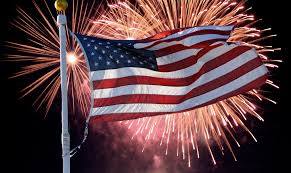 Wishing everyone a safe and Happy 4th of July weekend!

As we approach the 4th of July, remember not to drink to excess and drive, but if you do, politely decline all tests and call me! #lawyer4life

Charged with a DUI? Do not face it alone.

Balance.
Keeping a healthy work • family balance is what keeps me good at both jobs. I don't get to read with my kids every night, but making sure I take advantage of the times I am home to put them to bed is vitally important.
I am a better attorney knowing that I've first, been the best father I could be.
Balance - difficult, but essential.

Man Guilty of Murder in Death of Va. College Student

Man Guilty of Murder in Death of Va. College Student

A jury found Steven Briel guilty of first-degree murder, strangulation and abduction in the death of a University of Mary Washington student last year.

The company was ordered to pay $55 million to a woman who blamed her ovarian cancer on years of talcum powder use.

No matter what sort of injury your case involves, you deserve to find out if you're due compensation.
Filing a suit against the responsible party is your right under the law. If you've endured pain and suffering, it's my job to help you pursue justice. #lawyer4life #personalinjury #JTD Toddlers in the office are quite the distraction!
My little LIT - "lawyer in training"

The Texas teenager who used an affluenza defense in a fatal drunken-driving wreck must serve nearly two years in jail, a judge ordered Wednesday.Ethan Couch, who turned 19 Monday, was making his first appearance in adult court.Initially, state District Jud

Videos of alleged drunk driving posted on SnapChat, more could be charged

Not something that will ever help your case.

The Chattanooga Police Department is investigating an alleged drunk driving incident in Chattanooga.20-year-old Dylan Matthew Buck was arrested Saturday for driving under the influence of alcohol, Adderall, and ecstasy. Police also found ma*****na in his c

Vehicles with expired inspection stickers or tags were getting tickets while trying to comply with law. Now cars awaiting inspection can't be ticketed.

When you come out from a jail visit and find your car like this. 😑 Huge thanks to Alexandria PD for reviewing their footage! #gratefulforcameras #alexandria #lawyer4life

Control of the nation's top court now hangs in the balance. 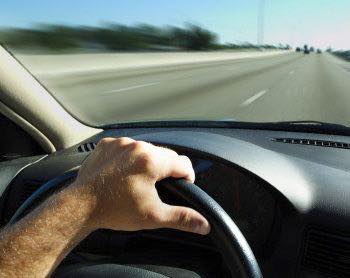 92 in a 55 Reckless case in Fairfax General District Court and a Child Support | Review of Compliance case in Fairfax Circuit Court this morning. Appointments and case work all afternoon. #multitasking #lawyer4life #tellafriend

It's been a while since I've made any posts, but don't worry, I'm still practicing law.

Today I was in Prince William for a custody case, Stafford jail to visit a client accused of malicious wounding, then back to Prince William in the afternoon for a pretrial conference in a custody & visitation case.
Tomorrow I have a bond motion for a client accused of racketeering in Alexandria Circuit Court, then Stafford for the preliminary hearing for the malicious wounding case, then back to Alexandria jail to meet with my racketeering client.

My car becomes my office on days like this. Maybe I should hire a driver?! Big changes are happening at the firm! New paint, new carpets...stay tuned for the after pictures. #lawyer4life

Virginia Laws You Should Know About

NEW LAWS EFFECTIVE NOW!! Here is a summary of some of the new criminal and traffic laws that have been passed this year by the Virginia Legislature. 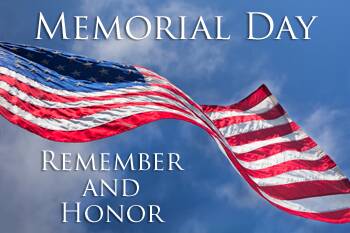 Have a safe Memorial Day weekend!

Named 2015 VA Rising Star - by Super Lawyers
I'm honored to have been selected by my peers for this distinction. #lawyer4life #criminaldefense #tellafriend

Whitestone, Brent, Young & Merril is pleased to announce that one of our founding principals, Dickson J. Young, has been named a 2015 Virginia Super Lawyer. This marks Mr. Young's sixth Super Lawyer award. Additionally, Partner Justin Daniel has been recognized as a 2015 Virginia Rising Star. Both honors are awarded to no more than five percent of attorneys in each state.

Whitestone, Brent, Young & Merril is pleased to announce that one of our founding principals, Dickson J. Young, has been named a 2015 Virginia Super Lawyer. This marks Mr. Young's sixth Super Lawyer award. Additionally, Partner Justin Daniel has been recognized as a 2015 Virginia Rising Star. Both h…

Hey fellas. You're in. Share this picture with your facebook friends and announce your participation in the 40th MCM. Make it real.

People ask me all the time what areas of law I practice. I usually respond with "everything". You can find me in Fairfax, Prince William, Arlington, Loudoun & Alexandria #idoitall #lawyer #lawyer4life

Whether being accused of a crime, suffering injuries because of someone else's negligence, or ending a marriage, Justin Daniel realizes that his client's most important goal is being able to return to the life they knew before the problems arose. Justin guides clients through troubled situations with a combination of intelligence, experience, and resourcefulness. He has argued cases at all levels of the Virginia Court system and serves a wide-range of clients including small business owners, executives, government employees, teachers, stay-at-home mothers, police officers, and juveniles. The son of a lawyer and a Judge, Justin became an attorney because of his passion for being in the courtroom and his innate belief in defending a person's inalienable rights from unjust attacks. He excels in seeing the merits of his client's positions and persuasively communicating those positions to secure the best outcome for his clients. Since beginning his career at Whitestone Young, Justin has put his distinctive skills to work in a variety of complex criminal, family law and personal injury cases. His commonsense approach and demeanor sets him apart from other attorneys- giving clients confidence at critical times. Above all, Justin believes that whether he is negotiating a Property Settlement Agreement, a proper award for injuries sustained, or the reduction or dismissal of criminal charges, his comfort to take the case to trial and his record of success in court - often provide the additional leverage needed to achieve the client's goals as quickly as possible. Representative Matters: • 2016-Justin Daniel Successfully negotiated a plea on Conspiracy to Distribute More than 80lbs of MJ and Racketeering charges to a sentence of only 6 months, which was almost time-served • 2015-Justin Daniel Successfully negotiated a plea to reduce serious sexual offense felony charges; client avoided 2 mandatory life sentences and instead only received 9 months in jail • 2015-Justin Daniel Won a DWI (.13) trial arguing client had been illegally arrested • 2016-Justin Daniel Successfully negotiated a settlement of $350,000 for a client who was a passenger in a car struck by a drunk driver; client received the maximum payout allowable by the insurance policies available • 2016-Justin Daniel Successfully negotiated a Divorce Settlement where client received full physical and legal custody of the child with no visitation to the opposing party as desired, and full child support; client did not have to endure the expense of trial Bar Admissions Virginia, 2008 District of Columbia, 2012 U.S. District Court Eastern District of Virginia, 2009 Education Catholic University of America, Columbus School of Law, Washington, District of Columbia J.D. - 2008 University of Iowa B.A. - 2005 Major: Political Science Classes/Seminars Adjunct Professor of Trial Advocacy, Columbus School of Law, Catholic University of America, 2008 – 2014 Speaker, Virginia Trial Lawyers Association, seminar on the use of new technology to prosecute Child Po*******hy cases Speaker, George Mason University Family Law Association seminar on Divorce Law in private practice Professional Associations and Memberships Virginia State Bar Virginia Bar Association District of Columbia Bar Association Virginia Trial Lawyers Association Northern Virginia Young Lawyers Association Fairfax County Bar Association American Bar Association American Association of Justice

Be the first to know and let us send you an email when Justin Daniel, Attorney & Counselor at Law posts news and promotions. Your email address will not be used for any other purpose, and you can unsubscribe at any time.

Send a message to Justin Daniel, Attorney & Counselor at Law: