This is the official page of the NEO Ag Department which is branded in their rich tradition of agriculture.

Dr. Booth is a proud South Dakota State University Jackrabbit. She received her PhD in Animal Science at SDSU while Teaching and Coaching the Livestock Judging Team for ten years. She met her now husband Sonny Booth and moved to Oklahoma to work at First National Bank and Trust in Miami, Oklahoma as an AG Lender. In 2019 Dr. Booth joined the NEO A&M faculty as an Ag Instructor and Department Chair. She attributes her success to a strong work ethic and her father’s confidence in her. Mary’s advice to college students going into the Agriculture Industry is “There are many career opportunities in the Ag Industry. Take advantage of internships while you are still in school and get involved.”

Good luck to NEO Rodeo as they head out to their last college rodeo of the semester! #GoGoNEO

The girls are having a fun time at Arkansas State FFA Convention. They’ll be set up at the booth until Wednesday - stop by and see them!

Arkansas FFA - stop by our booth at convention! Our Ag Ambassadors and dept chair, Dr. Booth, are there!

Sending a thank you to NEO alum, Rachel Booth, for talking to our Animal Science and Ag Comm classes this week!

Missouri FFA come see us at the Career Fair at convention today!

Last night we hosted our annual Aggie Banquet. This banquet is a chance to honor all of our students, teams, community partners and to thank our administration.

This is our first banquet in several years and it was a great experience seeing the arena full again to celebrate another year in the books.

Good luck to everyone competing in the short go tonight!

Our Intro to Ag Communications class decided to take on a project, last week, in conjunction with our Aggie Western student showmanship competition.

The students in the class were put into three groups - one charged with photographing the event, one to handle all of the graphic design to promote the event and another to write a feature story after the event.

These students took the project on and ran with it putting the skills learned in the classroom into practice for this event. They came up with wonderful ideas, created awesome graphics, took these great photos and wrote a solid story.

A clip from their feature story is below.

"Every April, Northeastern Oklahoma A&M students and community members come together to help support the Agriculture Department at NEO by attending the Aggie Western, hosted at the Synar Farm in Miami, OK. Students compete in showmanship by showing goats, sheep, hogs, cattle, and horses.

The winners from each species then come back for a round robin
final round, where they show all five species. This year over 50 contestants entered and Taytum Kelly emerged top of the pack."

Congratulations to these members of the horse judging team who were honored for their academic success. I’m so proud of the effort you make in the classroom and the achievements you’ve made. #brandedintradition #rownorserow
Tyler Arnold, Abigail Newbold, Cassidy Wilson, Angelina Newbold, Karson Stamper

Thank you to Miami Public Library for having a few of our students out to help with Read Across Oklahoma: Hank the Cow Dog Day yesterday!

We want to thank Tyler Burleson, NEO alum and Fire Management for Specialist for the Bureau of Indian Affairs, for taking time to talking to our Pasture and Range Management class about prescribed burns.

Iowa State FFA convention starts Monday. Come by and say hello. Anyone that says they saw this on FB gets a tee shirt! #gogoneo #brandedintradition

Good luck to everyone competing in the short go tonight at SWOSU!

Thank you to all who came out to the 70th annual NEO Aggie Days!

We are already working to make next year’s contests bigger and better.

Good luck to everyone today! Pre- register on judgingcard.com for the horse judging contest on Tuesday March 29th!

Good luck to everyone competing in the short go!

Pre - register on judgingcard.com to enter the livestock judging contest on Wednesday March 30!

Our Ag Ambassadors helped with Red Across America last week!

The limit for the creed speech contest has been bumped to THREE speakers per chapter.

All other speech contests remain at two entries per contest.

The information has been updated on Judging Card.

Join us on March 26th as we honor our Outstanding Alumni honorees and Athletic Hall of Fame inductees! Please RSVP by March 18. #gogoneo

Miami, Oklahoma – The Northeastern Oklahoma A&M College rodeo teams travelled to Manhattan, Kansas for the first college rodeo of the spring season on February 19-21 at Kansas State University, qualifying 11 members in the short go-round and winning the women's team title.

Be the first to know and let us send you an email when NEO Agriculture Department posts news and promotions. Your email address will not be used for any other purpose, and you can unsubscribe at any time. 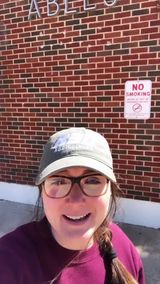 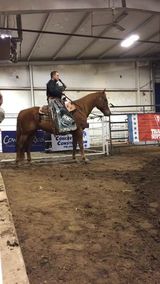 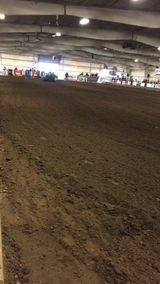