We are paranormal researchers and investigators. We are a non-profit organization that researches and investigates everything from spirits, to monsters, to even U.F.O.s.

We are here to help. Our motto is Mortui Vivos Docent, meaning The Dead Teach The Living. We are skeptics that will not go to a site assuming that the accounts of paranormal activity are true. We go to a site with an open mind and let the evidence speak for itself. MEMBERS:
Matthew Morrison: Lead Investigator
Brian Cassell: Ghost Box/Ovilus Specialist
Derrick Hayworth: Investigator
Humberto Chapa: Investigator
Juan Marquez: Investigator
Dylan Brewer: Camera Man 1
Nathan Thompson: Camera Man 2

Scientists Recorded the Brain Activity of a Person as They Died, and the Results Are Astonishing

Open SmartNews and read "Scientists Recorded the Brain Activity of a Person as They Died, and the Results Are Astonishing!

A team of scientists had the opportunity to study the brain waves of a dying person — and found an increase in activity associated with memory and dreams. 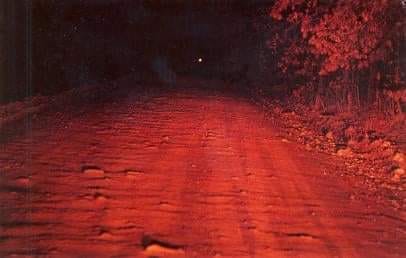 THE HORNET SPOOKLIGHT. The number one unsolved mystery, paranormal hotspot and most infamous dark tale in the Ozarks, in our opinion. For many it needs no introduction, and is the subject we are most frequently asked to cover. If you watch the 'Live Wednesdays' videos with Josh and Lisa, you probably have heard some of the dark tales. Sadly, it is losing a place in the consciousness of many, even in the immediate vicinity of Hornet, Missouri (not far from Joplin, Missouri, Seneca, Missouri, or Quapaw, Oklahoma), since the original Spooklight Road was paved some years back, eliminating shoulder parking, and a policy of the Ottawa County, Sheriff's Department, to not allow parking on Spooklight Road (due to the changes in the road, not picking on Spooklight watchers specifically). The changes have meant that where in decades past, dozens of cars would be parked along this stretch of dirt road on any given night, a rite of passage for those of a certain age, us included, to now an occasional seeker of knowledge skirting the road, and the law. But the good news is that the Spooklight is seen over several square miles and an experience is not dependent upon parking illegally on Spooklight Road.

What is the Spooklight? That is a question failed to be answered by university research teams, the Corps of Engineers and thousands of local residents who have had their own encounters for more than 200 years. The talking heads tend to fall into the taillights from I44 (Rte. 66) or swamp gas camps. Neither explanation is supported by the geology or geography, except that in one particular spot, with a specific and uncommon temperature inversion, one can observe headlights in successive rows of two, as one would from the highway some 15 miles away. The problem, is that does not explain the vast majority of sightings, in behavior, as well as the fact that it is seen in all directions over a wide area.

Legends and oral tradition speak of sightings going back more than 200 years, and the Spooklight was recorded during the Trail of Tears relocation of Native Americans to Indian Territory (Oklahoma) in the 1830s. Legends have grown to include Civil War spectres and a phantom farmer searching for his lost children, but the stories go much further back in time. Additionally, people experience other phenomena there as well, including shadowmen, disembodied sounds of men and creatures, and some more tangible encounters with something unknown. Spooklights are also known as ghost lights or earth lights, and occur at various places around the world (there are 3 more lesser-known ghostlights in the Ozarks).

The Spooklight is the perfect example of our goal with Dark Ozarks. To keep our dark history, legends and mysteries alive. We have noticed more as we speak at events, that the number of hands that go up when we ask if anyone has seen the Spooklight are becoming fewer, and the ones that are raised are above a certain age. How many years until the Spooklight is merely a story passed down and not experienced?

We would love to hear your Spooklight experiences.

It's now easier to send Pale Horse Investigations a message.

It's now easier to send Pale Horse Investigations a message.

Pentagon to study UFO sightings in restricted US airspace

It follows a June report that could not explain dozens of "unidentified aerial phenomena".

STONEHENGE experts have made a stunning discovery that they say uncover the Neolithic secrets of our ancestors.

Thank you all for your continual support of Pale Horse Investigations!  Due unforeseen family medical conditions we haven’t been able to do any investigations in the last few months. We thank you for your patience as we work through these hard times. We hope to be back soon!

MURDER MONDAY: The Hauntings of The Hoffman Mansion

The head of NASA isn't too concerned with how it sounds. During a recent interview, he brought up the possibility of UFOs and aliens.

‘One of the Clearest UFO Sightings’ Ever, Says The Sun of This Video from Chicago

Balloons? A kite? Aliens just floating by for deep dish pizza? Who knows, but cool video.

Doing research on the Mandela Effect. What’s one change that’s blown your mind!?

If you haven’t watched our latest investigation you might wanna check it out. We are hoping to have a new investigation coming up within the next couple months. 

Matthew Morrison of Pale Horse Investigations was contacted by Steven and Sona. After telling Matthew their stories and showing him their possible spirit ph...

Thanks everyone for the likes and views! If you haven’t please check out our YouTube channel:
https://youtube.com/user/PaleHorseParanormal

We have been having a lot of personal things going on lately and haven’t been able to do any investigations but we do plan to be active in the future.

We are a non-profit organization that researches and investigates everything from spirits, to monsters, to even U.F.O.s. We are here to help. Our motto is ...

The story behind the infamous Dybbuk Box, a small wine cabinet that's supposedly haunted by a malicious spirit and causes misfortune to those around it, was made up by the original eBay seller Kevin Mannis as a "ghost story."

How is everyone doing?

Thank you all for the new likes! We have three new investigations in the works!

British TV personality David Campbell was shaken by his 5-year-old's assertion that he was Princess Diana in a past life, sharing details that were bizarre.

The discovery of 500 artifacts, including a stunning gold mask, at a Bronze Age archeology site in China, rekindled old theories that it was once home to an ancient alien civilization.

Paranormal activity? Baby dramatically falls as if she were pushed

Experts say it’s a bunch of phantom-foolery. A viral video of a North Carolina baby “being pushed by a ghost” is being debunked by experts, who claim the so-called supernatural en…

It’s always nice to have someone willing to look after your child — unless that someone is an otherworldly spirit you definitely didn’t ask to babysit. A Las Vegas grandmother is petrified and seeking help after she recorded what she described as a “horned demon” lurking over the crib of h...

DeFeo Jr., who shot and killed his mother, father, two sisters and two brothers inside their Amityville home in 1974, died while serving a 25 years-to-life-sentence for the murders, state prison records show.

International scientists have unlocked a new and exciting avenue to explore the world of dreams.

Have you heard of the Human Bigfoot War of 1855?

Mike Welday and I discuss the Bigfoot Human War of 1855.Feel free to come and check out the podcast at https://anchttps://anchor.fm/matthew-morrison9hor.fm/m...

Curious Things May Happen • A podcast on Anchor

The New Podcast episode is now live. Come check out 'The Mother and her Demons'

In a world full of monsters and mayhem, curious things may happen. Join your host Matthew Morrison as he talks with people from around the globe about their real-life paranormal stories.

Help welcome in our new piece of equipment. The Full Spectrum 550 HD Camera.

This camera comes to us from https://www.ghoststop.com"This is a digital camera has been professionally modified to be Full Spectrum seeing deep into the nor...

New thermal image from our current investigation. Could the small heat rings shown around her body possibly be our client's aura? The client claims that she is very sensitive to the other side. Her talents even include having visions while she is unconscious. 20.1.17

These places are positively creepy!

One of the first know drawings of a merman. Official documents from the time.
Pierre Belon, De Aquatilibus (Paris, 1553)

Be the first to know and let us send you an email when Pale Horse Investigations posts news and promotions. Your email address will not be used for any other purpose, and you can unsubscribe at any time. 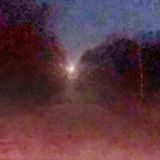 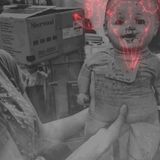 What are your thoughts on haunted dolls?

We are a non-profit organization that researches and investigates everything from Hauntings, Cryptozoological sightings, and UAPs. We are here to help. Our motto is Mortui Vivos Docent, meaning the dead teach the living. We are skeptics that will not go to a site assuming that the accounts of paranormal activity are true. We go to a site with an open mind and let the evidence speak for itself. MEMBERS: Matthew Morrison: Lead Investigator

Have you ever discovered any ghosts or spirits?