Provides Army Reserve IMA and IRR soldiers the ability to participate in regularly scheduled meetings on Wednesday evenings from 1900 to 2100 hours in a non-paid, retirement points only, status. 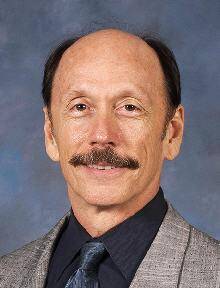 Please join me in a final salute to a true patriot. Dr. Kent Butts was a model for all those he touched. Our heartfelt and warmest sympathies go to his wife and best friend April.

Read the Obituary and view the Guest Book, leave condolences or send flowers. | Kent Hughes Butts, PhD, LTC(R), 65, died peacefully in his home on Monday, August 15, 2016. He is survived by his best friend, soulmate and wife of 43 years, April Thulin Butts, a

Some shots of the most recent picnic!

Planning on a Picnic on June 15th, New Cumberland, Pavillion by the Pool. Cocktails at 6, dinner at 7. We'll provide Grilled Chicken and rolls for sandwiches and some drinks. Bring a side dish!

After reviewing the feedback, we decided we would continue with the Christmas party. We reserved the Susquehanna Club at DLA New Cumberland on Wednesday, January 27th. We will have Cocktails at 6, Dinner at 7.

I hope you all can make it.

All - With all of the holiday rush activities, Ward and I are considering moving our Christmas Dinner to January 13th or skipping it this year and plan on it for the second Wednesday on December 2016.

I think we could have a nice celebration in January, after all of the holiday rush calms down.

Send me an email or post your comments here.

We had a great picnic on 17 June 2015. Turn out was a little light, but the conversation was lively. Thanks to all who helped set up, clean up and participate. Congratulations to our lucky raffle winners:

Note going forward - the Christmas party is planned for the second Wednesday in December, right now, we are planning on the Susquehanna Club at DDRE (New Cumberland Army Depot) and the Summer Picnic will be held on the third Wednesday in June.

Reach out to any members to keep them updated and informed.

We are preparing for the Annual Christmas Dinner on December 10. It will be at the Susquehanna Club, DDRE, New Cumberland. You can choose between a chicken and a fish dish. Raffle prizes will be available to help to defray the costs. Prizes will include sports memorabilia donated by COL (PA-Ret) Terry Davis, a relaxation gift pack featuring an Elements Massage gift card, with coffee mugs and gift certificates for coffee from St. Thomas Roasters.

COL Salisbury is presented with his retirement certificate

On behalf of the Enlisted Staff at Carlisle Barracks, COL Salisbury is presented with the American Flag

COL Salisbury is presented with the Presidential Certificate of Appreciation

To go with his LOM, he is also awarded the Military Outstanding Volunteer Service Medal

COL Greg Salisbury receives the Legion of Merit at his retirement ceremony.

Here is one of our members as we update a Strategic Thinking Exercise........

Soldiers from the 3d U.S. Infantry Regiment (The Old Guard) hosts a Department of the Army retirement ceremony, Nov. 15, at Comny Hall on Joint Base Myer - Henderson Hall, Va. The Old Guard is the official Escort to the President of the United States and our nation's Premier Memorial Affairs and Cer...

Recently General Motors held a Veteran's Day celebration November 9, 2012 at the GM Technical Center - Alternative Energy Center Auditorium in Warren, MI. Special Guests for the event were the Tuskegee Airmen. The event was sponsored by the UAW Local
160 Veterans Committee, General Motors Veterans Affinity Group, and UAW Region 1
Color Guard. In attendance was GM Chief Diversity Officer and retired US Navy Captain
Ken Barrett. The speaker of the event was Tuskegee Airmen Liaison Officer and retired US Air Force Lieutenant Colonel Larry Millben. Mr. Barrett presented Lt Col (ret) Millben with an award from GM to the Tuskegee Airmen in memory ofthose who served and in honor of those who
serve us now. One of our own,
Senior Industrial Engineer and US Army Reserve Colonel James Ramsey received an award at the event. GM Milford Proving Ground Imaging Technician and
President of the GM Veterans Affinity Group US Navy Reserve Senior ChiefPetty
Officer Waite sented James with the S erior Support of Military Men, Women, and their Families Award for the work that he does for the Veteran Affinity Group and various community service activities for veterans like aiding the hiring of veterans for GM by attending Veterans Hiring Conferences for GM Talent Acquisition Group and admissions for the five US Service Academies aiding young men and women in the area attend college. Recently, James also received
a US House of Representatives
Certificate of Special Congressional Recognition from US Representative Dale Kildee of Michigan's 5111 Congressional District for the work he has done as a member of Congressman Kildee's Service Academy Nomination Committee the last I 0 years. To
commemorate Veteran's Day, GM has expanded its military discount to Veterans within one year of their discharge date from military service for non-retirees. Previously, only active duty, Reserve, National Guard, and retirees of the Armed Forces were able to take advantage of the GM Military Discount for automobile purchases.

One of our members had a recent experience when visiting wounded warriors. He shared that it was very humbling to visit these soldiers that gave so much.

When I asked how to help, he said that the Fisher House Foundation is a great organization that helps with the families.

Providing a "home away from home" for military families to be close to a loved one during hospitalization for an illness, disease or injury. LEARN MORE

Check out a familiar face in this clip:
http://www.marshallfoundation.org/leadership/army_rotc_video.html

I was a great experience to meet the members of the 1073rd RTU in the 2012 Strategic Decision Making Exercise and welcoming another six new members to the unit.

Be the first to know and let us send you an email when 1073rd Reinforcement Training Unit posts news and promotions. Your email address will not be used for any other purpose, and you can unsubscribe at any time.

Other Government Organizations in New Cumberland

Le Tip of Hershey has been a great source of local business working together to promote each other. Cafe on Cocoa is a great host, with great breakfast selections!

If you're a local business looking for opportunities to boost your client base, join us on Thursday mornings for breakfast!
Le Tip of Hershey has been a great source of local business working together to promote each other. Cafe on Cocoa is a great host, with great breakfast selections!

If you're a local business looking for opportunities to boost your client base, join us on Thursday mornings for breakfast!
x

Other Government Organizations in New Cumberland (show all)