The City of Newburg Police Department is located at the intersection of West 2nd St and Main St. on the north side of City Hall.

Town Hall Meeting November 1st, 2014 at 1PM at City Hall we will be talking about City wide clean up and bring any concerns or comments concerning your Police Department. Thanks Chief Finch.

Spring is in the air!! Time to think about Spring Clean up!! Yards Brush along the roads ect..

We are under a Tornado watch until 3am. Everyone stay aware and keep an eye on the sky.

Congratulations to the Newburg Class of 2013. Keep your heads up and remember the sky is the limit.

In honor of our brothers and sisters who have given their life in the line of duty. 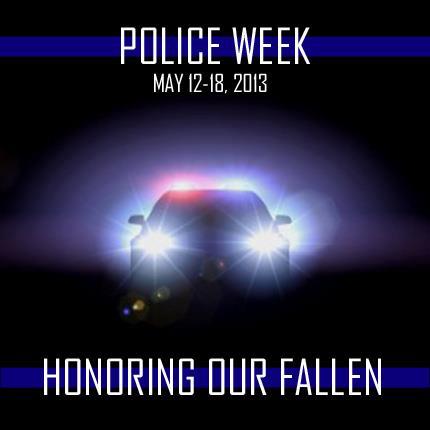 Newburg Day is right around the corner everyone. Mark the calenders for June 8th and come out and enjoy the fun. Rumor has it there will be a dunking booth for the officers.

UPDATE: People claiming to be with Midwest Circulation are in the Rolla area please do not let these people into your house. One subject has been found in possession of stolen property out of another state. If you have contact with or see anyone claiming to be with this group please call the police department immediatley at 573-308-1213.

It is strongly advised to hold off travel plans because of the hazardous road conditions which are rapidly deteriorating due to the quick heavy snow fall. Roads are becoming slick. -1106

We have the possibility of some accumulating snow over the next 48 hours. As always if you must be out please use caution and allow yourself that extra time to arrive safely.

A LATE SEASON WINTER STORM WILL IMPACT PORTIONS OF THE CENTRAL
UNITED STATES THIS WEEKEND. RAIN AND EVEN A FEW THUNDERSTORMS
WILL DEVELOP ACROSS THE MISSOURI OZARKS LATER TODAY AS LOW
PRESSURE STRENGTHENS ACROSS THE SOUTHERN PLAINS. RAIN WILL CHANGE
OVER TO SNOW SATURDAY NIGHT AND EARLY SUNDAY MORNING AS THE LOW
PRESSURE TRACKS ACROSS THE LOWER MISSISSIPPI VALLEY. SNOW...
POSSIBLY HEAVY AT TIMES WILL CONTINUE DURING THE DAY SUNDAY.
GUSTY NORTH WINDS MAY ALSO RESULT IN BLOWING AND DRIFTING SNOW.

THE NATIONAL WEATHER SERVICE IN SPRINGFIELD HAS ISSUED A WINTER
STORM WARNING FOR HEAVY SNOW...WHICH IS IN EFFECT FROM MIDNIGHT
TONIGHT TO 7 PM CDT SUNDAY.

* TIMING AND AREAS AFFECTED...SHOWERS WILL TRANSITION TO PERIODS
OF SNOW AFTER MIDNIGHT AND CONTINUE THROUGH THE DAY SUNDAY.

* WINDS AND VISIBILITY...WIND GUSTS UP TO 35 MPH MAY CAUSE BLOWING AND
DRIFTING OF SNOW POSSIBLY IMPACTING ROADS. THE VISIBILITY WILL
BE REDUCED TO LESS THAN A HALF MILE AT TIMES WITH HEAVIER SNOW
AND SNOW SHOWERS.

A WINTER STORM WARNING FOR HEAVY SNOW MEANS SEVERE WINTER WEATHER
CONDITIONS ARE EXPECTED OR OCCURRING. SIGNIFICANT AMOUNTS OF
SNOW ARE FORECAST THAT WILL MAKE TRAVEL DANGEROUS. ONLY TRAVEL IN
AN EMERGENCY. IF YOU MUST TRAVEL...CONSIDER TAKING A WINTER STORM
KIT ALONG WITH YOU. THIS KIT SHOULD INCLUDE SUCH ITEMS AS TIRE
CHAINS...BOOSTER CABLES...A FLASHLIGHT...SHOVEL...BLANKETS...
EXTRA CLOTHING AND ANYTHING ELSE THAT WOULD HELP YOU SURVIVE IN
CASE YOU BECOME STRANDED.

High possibility of winter precipitation late tonight through tomorrow afternoon. If you do go out please use caution and allow yourself extra time to make it safely to your destination. -655

Full schedule of events tomorrow everyone. Tomorrow morning from 7a-10:30 at the First Baptist Church the Newburg Back Packers are going to be hosting an all you can eat pancake breakfast. Support a great cause and get a good breakfast before enjoying the Christmas Parade which will begin at Cooking from Scratch in Doolittle at 12 o clock and end at the Houston House in Newburg, where Santa will be after the parade. So come one, come all and have a great day with us.

City of Newburg Fire and Rescue-Disbanded.

City of Newburg Fire and Rescue-Disbanded.

The Newburg Back Packers is hosting an all you can eat pancake and sausage breakfast Saturday December 1 from 7-10:30 at the First Baptist Church in Newburg. It's $7 a person drinks included! Come out and support a great cause an fill your bellies before the Christmas parade!! If you would like to volunteer to help or for more info call or text chrissy krider at 578-9268 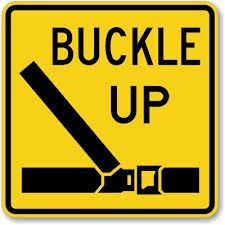 The Rolla Police Department will join efforts with statewide law enforcement on Friday, Nov. 16 for an aggressive “Click It or Ticket” mobilization to get more motorists to buckle up – and save more lives.
Despite evidence proving the benefits of wearing a seat belt, nearly one in four Missouri motorists are still not making it click. During the past three years, 68% of individuals killed in crashes in Missouri were unrestrained.
“Local motorists should be prepared for stepped up Click It or Ticket enforcement,” said Sgt. Tim Mayfield. “We’ll be out there to remind you seat belts can – and do – save lives.”
Buckle Up and Arrive Alive. For more information on Missouri seatbelt usage, please visit www.saveMOlives.com.

On November 10th, 2012 at approximately 5:00 PM, the parents of Emily Daniel, a 17 year old white female from St. James, MO contacted the St. James Police Department and reported that Daniel had ran away from home.

Officers from the St. James Police Department searched the area in which Daniel was last seen. Daniel was not located. Daniel’s family members are concerned for her well-being.

It is uncertain what Daniel was wearing prior to her leaving the residence. Daniel may have an altered mental status and may try to harm herself.

Be the first to know and let us send you an email when Newburg Police Department posts news and promotions. Your email address will not be used for any other purpose, and you can unsubscribe at any time.

FOUND near Newburg
Smile guys! Thank you for all your help for Newburg days!