this is the facebook profile for the re-entry center to-be in west oakland for women leaving the confines of the CDCR and looking for something a little brighter.

we hope to incorporate the best principals from all aspects our diverse backgrounds to provide network, support, learning and healing to one another. we plan on creating a strong mentor program and hope to employ "seeking safety" model of trauma response in conjunction with in-house support groups, vocational and educational programs as we feel this more holistic approach that will bring more succ

we hope to incorporate the best principals from all aspects our diverse backgrounds to provide network, support, learning and healing to one another. we plan on creating a strong mentor program and hope to employ "seeking safety" model of trauma response in conjunction with in-house support groups, vocational and educational programs as we feel this more holistic approach that will bring more succ

As a country we need to really think about what our priorities are. We should be investing in schools and education, not jails and incarceration.

The pair are due to meet on Wednesday.

Check out this free record expungement clinic on April 25th from 4-6:30 p.m. in LA! Bank of America and O'Melveny Law Firm are partnering with the Legal Aid Foundation of LA to offer a free clinic in the O'Melveny LA office, located at 400 S Hope Street. Space is limited, so email [email protected] to reserve a spot before April 13th!

Know your rights as a jobseeker under the new Ban the Box law! The California Fair Chance Act took effect on January 1, 2018. Click the link to learn more!

This full-day workshop features two sessions that will not just teach you how to write a proposal, but if you should submit a proposal. 8:30 AM - 11:15 AM: Understanding Solicitations Learn the details of a solicitation so you have an understanding of what is being asked of you in each section. Pa...

Greetings fellow humans! "the outs." is taking a nap while our founder Lisa Bobisa engages the instition of academia with an end goal of Phd neurocriminology degree. hopefully soon to get the desireable #sorosfoundation fellowship; happy and centered, sending you love and light friends, feel free to reach out to myself or Phoebe Dodd Vanderhorst if so compelled! happy mayday motherf**kers!

Billions of taxpayers' dollars wasted on ineffective failed programs which purport to reduce recidivism — yet recidivism rates continue to climb (as "re-admission" rates skyrocket). Now, Washington state legislators have the chance to bolster programs like the Post-Prison Education Program — programs that work. House Bill 2025, introduced by a bipartisan group of legislators, would require that the Washington State Department of Corrections prioritize evidence-based and research-based practices when allocating anti-recidivism resources, and that existing programs that have not made a difference no longer be funded. We hope you will pull out all the stops, and do whatever you can to support House Bill 2025:

Our Friend Shellie Higuera, MA. and M.S. is looking for volunteers for a research study. If you are:
-Latinx
-Have ever been in special education OR formerly incarcerated
You are eligible to participate.
See the flier below for more information 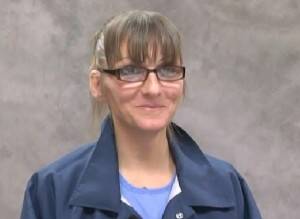 a true trailblazer and badass; congrats on the hard won victory Michelle-Lael Norsworthy

letters of intent were due in october-- either write one this week explaining why you are late or set a reminder in your slingshot to start next august to have this well prepared.

Certificate of Rehabilitation. If you were sentenced to state prison or sentenced under the authority of the California Department of Corrections you are not eligible for a dismissal under Penal Code Section 1203.4 or 1203.4a. You may, however, be eligible for a Certificate of Rehabilitation. For eligibility and application requirements contact the Board of Prison Terms, 428 J Street, 6th Floor, Sacramento, CA 95814. This is a lengthy process that may necessitate the assistance of a private attorney.

Enforcing the Law Is Inherently Violent

Enforcing the Law Is Inherently Violent

A Yale law professor suggests that oft-ignored truth should inform debates about what statutes and regulations to codify.

Yet another young woman of color died at CIW 2 weeks ago today. She was 6 weeks away from returning home to her loving son, family & friends. In the wake of Shaylene's death, the prison continues to mistreat her grieving family & friends & to evade responsibility for failing to save lives.

Please share & help us demand an investigation into the preventable deaths at CIW bit.ly/ShayleneGraves

BRING OUR LOVED ONES HOME, ALIVE.

Employees With Criminal Records May Be Better Workers: Study

not at all surprised!!

I love this idea - not only the real-life agency/initiative, but also the film that's being made about it and the men who run it. In addition to this documentary, I think the story would make for wonderful material for a scripted fiction film.

this is so awesome!

In a pilot project, the UC San Francisco schools of nursing and medicine have provided comprehensive doula training to 16 women who were all low-income and had previously been incarcerated. Essentially, doulas are trained nonclinical birthing companions – a role that has existed for centuries in nearly every cultural tradition. The idea is to give these women strong incentives to stay out of jail by giving them the skills and self-esteem necessary to earn a living and, if they choose, to further their education and pursue other careers, including in health care.

If Prison Is A Place People You Love Go

If Prison Is A Place People You Love Go

You know a bail bondsman before you know how to drive. You’ve been in waiting rooms for visits and releases .You know ab…

Arrested at 16 and tried as an adult for kidnapping and robbery, Eddy Zheng served over 20 years in state prison. Ben Wang’s BREATHIN’: THE EDDY ZHENG STORY paints an intimate portrait of Eddy — the prisoner, the immigrant, the son, the activist — on his journey to freedom, rehabilitation and redemp…

Center for Media and Democracy

Center for Media and Democracy

This is one of the LEAST known facts about the prison/"justice" system....the fact that 2 million out of 2.2 million people in prison have never gotten their day in court for a trial to find them guilty of any crime. this is anything but justice.

It's a story of strong will over circumstances and education over incarceration.

Someone Recorded a Live Album At SF County Jail

Someone Recorded a Live Album At SF County Jail

What if the same people opposing mass incarceration are the ones responsible for it?

If we want a better criminal justice system tomorrow, we need to help the people coming home from jail or prison re-integrate into society. With a landmark donation, today we’re launching a special advisory council of business and education leaders to help make this happen. #CJReform

If we want a better criminal justice system tomorrow, we need to help the people coming home from jail or prison re-integrate into society. With a landmark donation, today we’re launching a special advisory council of business and education leaders to help make this happen. #CJReform

What if the same people opposing mass incarceration are the ones responsible for it?

Cala is a Mexican restaurant with a superstar owner and an unusual hiring policy: welcoming servers who have served time.

A short documentary follows a young woman as she visits her husband in a federal prison.

Be the first to know and let us send you an email when "the outs." posts news and promotions. Your email address will not be used for any other purpose, and you can unsubscribe at any time.

Send a message to "the outs.":

Other Public & Government Services in Oakland