Welcome to the Official page of the River Falls Police Department in River Falls, Alabama.

I'm honored to have served and continue to serve my country as a member of the Alabama Army National Guard. I deployed to Iraq as part of Operation Iraqi Freedom in 2005.

I'm also proud to work for a Town employs officers who continue to give themselves to the service of others.

Sergeant Bishop has served a total of 8 years in the armed services. Splitting his time between the Alabama Army National Guard and the Army Reserves. Sgt. Bishop served our country overseas at Guantanamo Bay.

I would like to personally thank each of our officers for there service.

The Town of River Falls does not have a shortage of Veterans. Several of our citizens have answered the call to give of themselves in service to our country, and the River Falls Police Department would like to thank you! If you see a Veteran today, Thank a veteran today.

I'm sure I may have missed some, so if you know of a local veteran I missed, please add their names to the comments.

Again thank you to all those who have served! 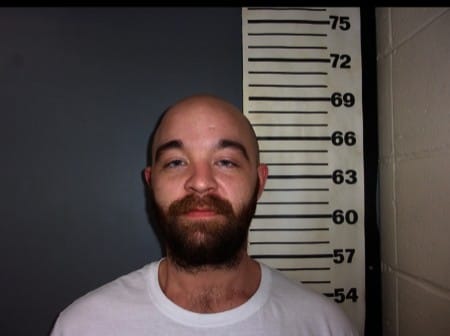 A River Falls man is in a Florida Baptist Hospital Saturday morning facing multiple charges after allegedly shooting at law enforcement officers as a result of a domestic situation in River Falls Friday afternoon. According to Covington County Sheriff Blake Turman,
on Friday, October 23, around 3:20 p.m., Covington County deputies along with River Falls Police officers responded to a 911 call on Riverbend Drive in the town of River Falls. The caller reported that Brandon Elmore was armed with two fi****ms and discharged one of the weapons inside the home. Initial information revealed that the incident was a “Domestic Violence” type complaint and numerous officers responded to the area. The caller had escaped the residence without injury and met officers down the street. When officers initially approached the residence, gunfire erupted in their direction. Communication was established with Brandon Elmore who was neither cooperative nor willing to exit the home peacefully. Throughout dialect with Brandon Elmore, Sheriff Blake Turman said, "He continuously threatened to shoot officers." After all negotiation efforts were exhausted, the decision was made to utilize less lethal munitions to persuade Brandon to peacefully surrender and/or exit the home. The Covington County Incident Response Team (IRT) was eventually deployed to apprehend Brandon Elmore for the crimes he committed, along with a current Violation of Probation charge. Upon entering the home, Brandon Elmore exchanged gunfire with officers, and he was struck. Officers were struck numerous times in their ballistic shield but were not injured.
Brandon Elmore was immediately transported by ambulance to Andalusia Health where he was stabilized and later taken to Baptist Hospital in Florida. He is currently in stable condition and expected to recover. A sheriff’s investigator is on paid administrative leave until the investigation is complete. The Alabama Law Enforcement Agency (SBI) is currently investigating this incident and further details will be released as the investigation progresses.
Sheriff Turman had this to say, "I would like to thank all the Covington County officers that responded to this scene for their discipline and professionalism during this intense incident. I would also like to thank reserve officers, River Falls PD, Andalusia PD, Opp PD, the Covington County District Attorney's Office, Covington County Probate Judge Stacy Brooks, and the Alabama Law Enforcement Agency for an exceptional collaboration of resources. This was truly a collaborative effort."

The census deadline has been extended to October 31. River Falls is currently at 49% reported. If you need help completing the census please let me know and I’d be happy to come and assist you in completing the process. It will only take about 5 minutes.

Covington St from the Jackson residence to the post office is closed until further notice.

There is a tree down, blocking one lane of traffic, on Gantt Road, just off of Sunnyside St. 0730

River Falls Firemen are conducting a controlled burn on Francis Ave this morning. Francis Ave. will be closed until lunch.

Please unless necessary try and stay off the roads! The streets in River Falls are very wet and dangerous with standing water! We are dealing with stuck and broke down vehicles! Please be safe and use caution

Our thoughts and prayers are with the Family and Fellow Officers of the fallen. Rest Easy Brother!

Our Sheriff, Blake Turman, posted a very important post earlier. As the Labor Day weekend approaches, please use caution let’s keep thi weekend accident free. The River Falls Police will be working this crazy traffic. Lets stay safe out there and have an enjoyable Labor Day!

The River Falls Police Department along with several participating agencies performed a traffic safety checkpoint on March 9, 2019 on Alabama Hwy 55. Activity from the checkpoint was as follows:

47 total arrests with 56 total charges
Of the charges were as follows:
1- possession of a controlled substance
8- possession of ma*****na and
9 -possession of drug paraphernalia
37- minor in possession/consumption of alcohol
1- pistol without a permit

“We appreciate the other agencies participating and helping us have a successful checkpoint. This time of year traffic increases drastically in River Falls. We remind motorists to obey traffic laws and to slow down.

A crew with the county will be out cutting back right-of-way on Frances Ave, Ferrell Rd, Gantt Rd. and Gamble Rd. within the next few days. Please be careful if you are driving in these areas. 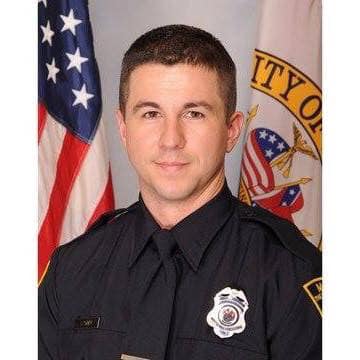 Our Deepest Sympathy is with the family of Officer Sean Tuder and the Mobile Police Department. Rest Easy Brother.

Our thoughts and prayers are with the Family and Officers of the Birmingham Police Department! 1*

River Falls Police Department Press Release
March 19, 2018
For Immediate Release:
River Falls Host Successful Drivers License Checkpoint!
On March 16th, 2018 The River Falls Police Department, assisted by several other agencies performed a drivers license/safety checkpoint on AL Hwy 55. The checkpoint resulted in officers checking over1500 vehicles in a four hour time frame. Officers made 21 arrests, with a total of 37 charges, and issued 51 citations. Departments involved were the River Falls Police Department, Red Level Police Department, Gantt Police Department, Alabama Law Enforcement Agency (SBI and State Troopers), Covington County Sheriff's Office, Covington County Sheriffs Reserves, Covington County EMA, and Covington County E911. "It makes me proud to live and work in such a great community as Covington County. It is a blessing to have so many good fellow law enforcement officers eager to help out and assist in any way possible. I sincerely appreciate all of the other agencies that assisted in the checkpoint." "Traffic increases dramatically this time of year and our goal is to keep motorists as safe as possible. Please use caution and pay attention while driving during this upcoming Spring and Summer Season." Chief Cody Warren
Also during the checkpoint officers came into contact with Bobby Turner, 61, of Navarre FL. Agent Robbie Barton with the Alabama Law Enforcement Agency made contact with Turner at the driver’s window of the vehicle. Probable cause was obtained to search the vehicle. During the vehicle search officers located 2 fi****ms and 10, 1 lb packages of Ma*****na. Agent Josh Hudson with the 22nd Judicial Drug Task Force charged Turner with Trafficking Ma*****na, Possession of Drug Paraphernalia, and Possession of a Firearm after the identification altered. Turner was held on a $576,000 bond.

On 3-7-2018 Officers with the River Falls Police Department along with the River Falls Fire Department responded to a vehicle accident at the intersection of U.S. Hwy 84 and AL Hwy 55. Minor injuries occurred during the accident. While Officers were investigating the incident the River Falls Fire Department received a report from a of a 18-wheeler that appeared to be on fire. Firefighters observed the 18-wheeler as it passed by the automobile accident and followed the truck and were able to get it stopped further down the highway. The 18-wheeler had visible flames coming from the right rear of the truck. Firefighters were able to extinguish the fire and no injuries occurred. While on scene of the fire a firefighter with the River Falls Fire Department which was assisting with traffic control, was almost struck by a vehicle traveling over a reasonable rate of speed. The vehicle struck the firefighter's flashlight and knocked it from his hands. The vehicle was stopped down highway from the scene and a traffic stop was made on the vehicle by River Falls Police Officer Michael Bishop. Officer Bishop obtained probable cause to search the vehicle and located an amount of Xanax in the vehicle, without a prescription. The driver of the vehicle, identified as Kendra Michelle Clark, 32, of Evergreen, was arrested and charged with Possession of a Controlled Substance and Possession of Drug Paraphernalia. Clark was given a bond of $13,000.

Chief Cody Warren of the River Falls Police Department wants to commend Officer Bishop and the members of the River Falls Fire Department for a job well done. We have an excellent Fire Department in River Falls and I am glad we have a great working relationship. Chief Warren reminds the public of the Alabama Move Over Act which states when approaching an emergency vehicle drivers should vacate the land closest to the emergency vehicle if possible and slow to at least 15 miles per hour below the posted speed limit.

Warren says" This time of year the traffic will increase significantly in River Falls and Covington County due to warmer weather and beach traffic. Please use caution when traveling and lets keep this safe and enjoyable for everyone. We will have extra patrols out starting this month in order to assist with the high traffic volume."

Spring Break is here and our traffic has increased significantly! Please use caution when traveling! We Will have extra patrols out and Will be strictly enforcing traffic laws! Please be careful and keep safe!

Saturday December 9th, 2017 Officer Jeff Daniel with the River Falls Police Department attempted to make a traffic stop on Falls Rd in River Falls. The suspect vehicle failed to stop and fled from Officer Daniel. The suspects proceeded toward Gantt, AL on Point A Rd. The vehicle made a U-Turn at the intersection of Point A Rd and U.S. Hwy 29. The vehicle proceeded toward River Falls and made a left turn onto Sunnyside St. and then onto U.S. Hwy 84. The vehicle was stopped at the intersection of U.S. Hwy 84 and Heath River Falls Rd. Officers took two subjects into custody. During a search of the vehicle officers located Ma*****na and Ma*****na Paraphernalia. Arrested were Hunter Harris, 20, of Frisco City, AL and a White Female Juvenile. Harris was charged with Reckless Endangerment, Attempting to Elude A Police Officer, Possession of Ma*****na 2nd, and Possession of Drug Paraphernalia. The Juvenile was charged with Possession of Ma*****na 2nd and Possession of Drug Paraphernalia. Officers with the River Falls Police Department, Andalusia Police Department, and the Covington County Sheriffs Office assisted in the pursuit as well as Dispatchers with the Covington County E-911. Chief Cody Warren with the River Falls Police Department commends Officer Daniel and the other officers and deputies involved. It is a positive when a situation like this can be solved without any injuries or damage to any property. Warren would like to remind everyone no matter what charges you could be facing no charge is worth placing yourself and everyone else on the roadway in danger by fleeing from Officers.

During the upcoming severe weather please use caution! In case of emergency please call 911! We have been notified by the River Falls Baptist Church and informed of the opening of their fellowship hall to individuals or families that may live in mobile homes or likewise and would like a safer alternative! Please contact members of the RFBC for more information!

Be the first to know and let us send you an email when River Falls Police Department posts news and promotions. Your email address will not be used for any other purpose, and you can unsubscribe at any time.