God has wired us in such a way that feelings of acceptance, affection, and companionship are vital to our sense of money, time, and other vital resources.

Found on Google from lesserknownwriter.com

Does the Bible say anything about making a second marriage a success?

Second marriages often result in blended families, and that itself can produce a lot of stress. The leave and cleave principle is crucially important. The marriage is to take priority over all other familial relationships, as only in marriage are two people one flesh. The conflicts that often arise within a blended family must be dealt with in unity.

It is very important that husbands and wives in second marriages do not compare their new spouses with their prior spouses. Doing so leads to nothing but bitterness, jealousy, and unrealistic expectations. A new spouse is not the same person as the prior spouse and should not be expected to be. Whether the prior marriage was amazing or terrible, the emotions and pains should not be transferred to the second marriage.

Above all, the key to making a second marriage a success is to commit the marriage to God and rely on Him for the grace and strength that are needed. A marriage is intended to illustrate Christ and the church (Ephesians 5:29–32). Only through Christ can a marriage be all that God intends it to be. Also, in any marriage, when difficulties arise, couples should seek wise counsel from a pastor and/or Christian counselor (Proverbs 15:22). Understanding what God says about marriage and submitting the marriage to Him is the key to make any marriage a success

Church Structure - Head of the church
If we were to create an organizational chart, Jesus Christ would fill the positions of Founder, President, CEO, CFO, and Chairman of the Board. In biblical language, Christ is “head over everything for the church” (Ephesians 1:22; cf. Colossians 1:18). The church is “his body, of which he is the Savior” (Ephesians 5:23). Jesus’ relationship with the church is very close and loving, for “Christ loved the church and gave himself up for her” (Ephesians 5:25). He desires “to present her to himself as a radiant church, without stain or wrinkle or any other blemish, but holy and blameless” (Ephesians 5:27). 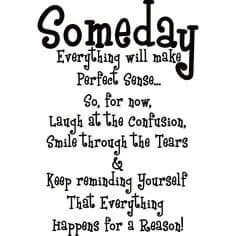 Rededicating your life to Christ” is a popular concept in modern Christian culture. It’s a decision made by a Christian who has fallen away from the practices of Christianity to turn back to Christ and strive to follow Him more completely. The act of suddenly returning to Christ is spoken of indirectly in Galatians 6:1, where the church is exhorted to restore sinful believers by gently confronting them. Rededication is popular among older children and young adults who grew up in the church. Christians who were saved at a young age may come to realize that their understanding of what it means to follow Jesus was incomplete. In a desire to consciously choose to adhere to a newfound, deeper understanding of the gospel, believers may “rededicate” themselves to Christ.

In the New Testament, we see Jesus tearing down the walls between the “clean” and “unclean.” Those regulations served a purpose at one time, but, with His coming, the time for them was passing away. Thus, Jesus declared all foods clean (Mark 7:19). He healed lepers and in the process touched them (Matthew 8:3). He ate with tax collectors and “sinners” who were the social/spiritual pariahs of the time (Mark 2:16). He ministered to Samaritans who were also pariahs (John 4). Ultimately, believing Gentiles were brought into God’s kingdom on equal footing with the believing Jews. Heaven will be full of former pariahs.

Ephesians 2:11–18 explains: “Therefore remember that formerly you who are Gentiles in the flesh and called uncircumcised by the so-called circumcision (that done in the body by human hands)—remember that at that time you were separate from Christ, alienated from the commonwealth of Israel, and strangers to the covenants of the promise, without hope and without God in the world. But now in Christ Jesus you who once were far away have been brought near through the blood of Christ. For He Himself is our peace, who has made the two one and has torn down the dividing wall of hostility by abolishing in His flesh the law of commandments and decrees. He did this to create in Himself one new man out of the two, thus making peace and reconciling both of them to God in one body through the cross, by which He extinguished their hostility. He came and preached peace to you who were far away and peace to those who were near. For through Him we both have access to the Father by one Spirit.”

In Christ, there are no pariahs. The divisions between Jew and Gentile have been broken down. Previously, a Jew was not even permitted to eat with a Gentile (Acts 10:29). But Acts 10 clearly connects the abolition of food laws with the entrance of Gentiles into the kingdom. All those who have faith in Christ are “accepted in the beloved” (Ephesians 1:6, KJV). “Through the gospel the Gentiles are heirs together with Israel, members together of one body, and sharers together in the promise in Christ Jesus” (Ephesians 3:6).

Christians should have no pariahs. We are to reach out to everyone with the good news of Jesus Christ. However, God still decides who is in and who is out. Ultimately, anyone who does not come to know Christ will be rejected by God (Matthew 7:23; Revelation 20:15). In the meantime, we are to love our neighbors as we love ourselves (Luke 10:27), and we are to take the gospel to all kinds of people regardless of ethnicity or status (Matthew 28:19–20) or what sins they might be involved in. When Christians forget that we are saved by grace—when we start treating other people as pariahs because of their sins—we fail to follow the example of Jesus and we have forgotten that at one time we were in the same position.

Titus 3:3–7 reminds us, “At one time we too were foolish, disobedient, deceived and enslaved by all kinds of passions and pleasures. We lived in malice and envy, being hated and hating one another. But when the kindness and love of God our Savior appeared, he saved us, not because of righteous things we had done, but because of his mercy. He saved us through the washing of rebirth and renewal by the Holy Spirit, whom he poured out on us generously through Jesus Christ our Savior, so that, having been justified by his grace, we might become heirs having the hope of eternal life.”

“PSALM 46 God is our c refuge and strength,
a very d present [2] help in e trouble.
2 Therefore we will not fear f though the earth gives way,
though the mountains be moved into g the heart of the sea,
3 though h its waters roar and foam,
though the mountains tremble at its swelling. Selah
4 There is i a river whose streams make glad j the city of God,
the holy k habitation of the Most High.
5 l God is in the midst of her; she shall not be moved;
God will help her when morning dawns.
6 m The nations rage, the kingdoms totter;
he n utters his voice, the earth o melts.
7 p The LORD of hosts is with us;
the God of Jacob is our fortress. Selah
8 q Come, behold the works of the LORD,
how he has brought desolations on the earth.
9 r He makes wars cease to the end of the earth;
he s breaks the bow and shatters the spear;
t he burns the chariots with fire.
10 u “Be still, and know that I am God.
v I will be exalted among the nations[…]”

Excerpt From
ESV Classic Reference Bible
Crossway
This material may be protected by copyright.

What does the Bible say about a false witness?

Bearing false witness is mentioned many times in the Bible, exclusively as something bad. “You shall not bear false witness against your neighbor” is the ninth of the Ten Commandments that Moses brought back with him from his encounter with God on Mount Sinai (Exodus 20:16). False witness, or spreading a false report, is associated with being allied with the wicked (Exodus 23:1), willing to do violence to others (Psalm 27:12), and sowing discord among brothers (Proverbs 6:19). The Bible calls bearing false witness lying (Proverbs 14:5) and compares a man who bears false witness against his neighbor to a violent weapon (Proverbs 25:18). Lies harm people.

A false witness is one who stands up and swears before others that something untrue is true, especially with the intention of hurting someone else or ruining his reputation. This happened to David (Psalm 27:12), Jesus (Matthew 26:60; Mark 14:56), and Stephen (Acts 6:13). When the wicked Queen Jezebel wished to procure a vineyard for her sulking husband, King Ahab, she employed two false witnesses. Naboth, the rightful owner of the vineyard, was seated in an honorable place on a day of fasting, but “then two scoundrels came and sat opposite him and brought charges against Naboth before the people, saying, ‘Naboth has cursed both God and the king.’ So they took him outside the city and stoned him to death” (1 Kings 21:13). What the “scoundrels” said against Naboth was absolutely untrue; they were bearing false witness with impunity and with the queen’s blessing. As a result, an innocent man was killed. When a person is righteous and his enemies can find nothing with which to blame him, bearing false witness is a common weapon.

The lies told by a false witness come from the sinful human heart—along with murder, adultery, sexual immorality, theft, slander, and evil thoughts (Matthew 15:19). Jesus said that man is defiled by these evil things that come from the heart. The only possible cure for an evil heart that bears false witness is to receive a new, pure heart, which can only be given by God (Ezekiel 36:26). When a person is indwelt by the Holy Spirit, he will be like a fresh spring or a fruitful tree or a budding vine, bursting with good things (John 7:38; Psalm 1:1–6; John 15:4–5). The old is gone, and the new takes its place (Ephesians 4:22–24). Those who are in Christ have a new heart that speaks the truth: “Each of you must put off falsehood and speak truthfully to your neighbor” (Ephesians 4:25). A person who bears false witness is controlled by the flesh rather than by the Spirit of God, and he should repent of that sin and turn to Christ.

"There are six things that the Lord hates, seven that are an abomination to Him...a lying tongue...a false witness who breathes out lies..." (Proverbs 6:16–19).

James 5:19–20 says, “My brothers and sisters, if one of you should wander from the truth and someone should bring that person back, remember this: Whoever turns a sinner from the error of their way will save them from death and cover over a multitude of sins.” It is loving to speak truth to others regarding sin. First Corinthians 13:6 tells us that “love does not delight in evil but rejoices with the truth.”

Be the first to know and let us send you an email when Building Community of the same Faith posts news and promotions. Your email address will not be used for any other purpose, and you can unsubscribe at any time. 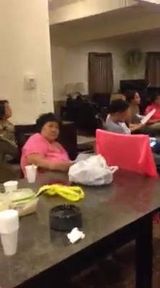