Logan County's Community Newspaper The South Platte Sentinel Publishing Company Inc. formed in April 1988 as an "S" Corporation with the sole purpose of publishing a weekly newspaper in Sterling, CO.

The community based newspaper is family owned and publishes 8,300 issues weekly which is distributed freely throughout Logan County communities by both carrier, direct mail and at exclusive pick-up-points throughout the community. As a free weekly newspaper promoting community events and people in Logan County, the success of the South Platte Sentinel lies in its ability to provide news and advert

The community based newspaper is family owned and publishes 8,300 issues weekly which is distributed freely throughout Logan County communities by both carrier, direct mail and at exclusive pick-up-points throughout the community. As a free weekly newspaper promoting community events and people in Logan County, the success of the South Platte Sentinel lies in its ability to provide news and advert 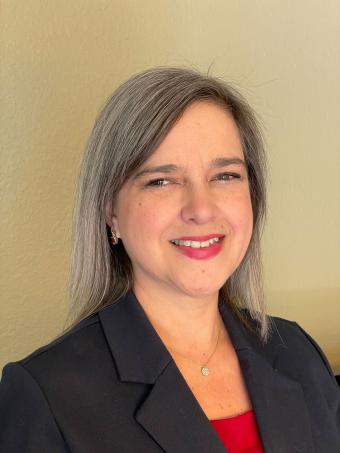 Today is Election Day! Have you voted yet?

MAKE A PLAN TO VOTE!

HAVE YOU RETURNED YOUR VOTED BALLOT?

VOTED BALLOTS MAY BE RETURNED TO:

Still need a ballot come to the office with identification!

CONTACT THE LOGAN COUNTY CLERK AND RECORDER’S OFFICE AT 522-1544 FOR ELECTION ASSISTANCE.

A story in this week's Sentinel has the previously scheduled date and times listed, please note games will now take place on Friday.

We are looking for applicants to offer concessions at the fair in the Exhibit Center Kitchen and the Outdoor Grandstands Booth!!

New dates for Sterling High School's "Beauty and the Beast."

The Sterling High School musical, Beauty and the Beast, has been postponed to May 7th, 8th, and 9th due to COVID concerns. Come support our district musicians.

For the next few weeks! Offering J&J Vaccine - one dose,
8am to 6pm: 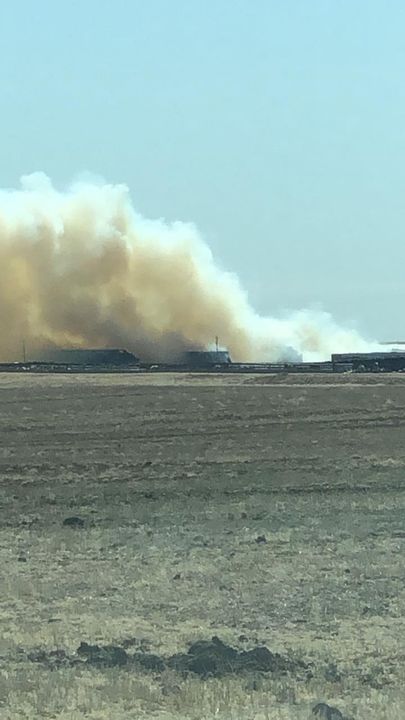 Wednesday Lenten services to be offered in-person, streamed on Facebook

Wednesday Lenten services to be offered in-person, streamed on Facebook

Community Lenten Services will be offered both in-person and online this year. Lenten worship services will be held every Wednesday starting next week at Faith Church, located at 230 Williams Plac…

Card maker wants to help others connect ‘heart to heart’

Card maker wants to help others connect ‘heart to heart’

In the time of COVID-19 connecting with others may seem more difficult, but it’s important not to lose those connections. That’s why for her latest stint as Sterling Creative’s featured artist of t…

It’s time to get your quilts ready for the Sterling Public Library Quilt Show. The library will be hosting our annual Quilt Show during March 2021. Quilts will be displayed throughout the library f…

Welcome to the world Boston Joe Lacina and congratulations to his parents Kirsten Torres and Anthony Lacina!

UPDATE: Curative is a private company and due to unforeseen circumstances on their end the entire testing schedule is temporarily on hold. The state's rapid response team will be doing drive-thru testing Wednesday Nov. 25, at Northeast Colorado Health Department's Fort Morgan location.
https://www.journal-advocate.com/2020/11/20/mobile-covid-19-testing-van-to-make-rounds-in-northeast-colorado-weekly/

RE-1 Valley Superintendent Shila Adolf announced Thursday that the district has scheduled two remote learning days for Tuesday and Wednesday, Dec. 1 and 2, the first two days students are to return…

Thank you to all those who have served our country!

Both Sterling Middle School and Sterling High School will be moving entirely to remote learning for the rest of the week, Thursday and Friday, Nov. 5 and 6 due to positive COVID-19 tests. The schoo…

Organizations, groups and individuals are invited to provide ornaments to decorate Christmas trees at Sterling Public Library and the Logan County Courthouse.

As polls had closed Tuesday, Logan County had set a record for voter turnout. As of 7:00 p.m. Tuesday Logan County had returned 10,438 ballots from a registered voter pool of 12,167. That’s a turno…

Today is the day. Make sure you return your election ballot to the Logan County Clerk and Recorder by 7 p.m. today to be counted! As of 4 p.m. Monday 9,151 voters out of 12,135 eligible voters in Logan County had already returned their ballot.

Looking for some Question of the Week answers: If you could time travel, when would you travel to?

The haunted house is open Thursday through Saturday.

Something spooky is lurking in Sterling. The Sterling Miracle Players are back with their annual haunted house. Coming up with a theme for this year’s fright was an easy task for the theatrical gro…

We're honoring all Logan County veterans again this year with a special supplement on Veterans Day. If you or a loved one are a veteran or active duty military and would like to be included in the Veterans Roll Call, you can send the information and a photo to [email protected].

This year’s “2020 For Peetz Sake” Parade Marshalls are Jack Hume and Sandie Kerr who have been together for 25 years and married for 16 years. They will be honored at the festival on Saturday. Jack…

Sterling’s downtown merchants will be handing out candy for Halloween. The Logan County Chamber of Commerce has announced that the annual Trick or Treat Street held in downtown Sterling will …

The Sterling community is temporarily without one of its options for getting around town. Lea Holtorf, owner of Dashabout Town Taxi, announced this week that she’s had to temporarily suspend the tr…

ECCLPS Flight for Funds Virtual Pigeon Race will take place on Saturday, Oct. 17. Suggested donation for a ticket is $100.

Pigeons will soon take flight to raise funds for Early Childhood Council Logan, Sedgwick, Phillips (ECCLPS). ECCLPS is a non-profit that has been serving the community for the past 23 years. ECCLPS…

On Oct. 2 singer/songwriter and guitarist Lindy Craig will be the featured performer at First Friday @ First Presbyterian. This will be a VIRTUAL event only, available at 12:05 p.m. on facebook.com…

There is heavy smoke in the area from wildland fires across the region. Sterling Emergency Communications Center has received numerous calls regarding the smoke. Logan County Firefighters are not currently working any fires. Please do not call dispatch asking about fires or to report smoke unless you can confirm it’s an active fire.

Rhonda Jo and Friends will perform Sept. 4 in a virtual concert, which can be viewed on First Presbyterian Church's page.

On Sept. 4 singer/songwriter Rhonda Jo and Friends will launch season 23 of the First Friday @ First Presbyterian concert series. This will be a VIRTUAL event only, available at 12:05 p.m. on faceb…

Make sure to stop by Erin Butler's First Friday open house Sept. 4 from 11:30 a.m. to 6 p.m. to meet the artist and check out all of her amazing work!

A wreath made out of peacock feathers? Why not? Use coffee and Kool-Aid to create a painting? No problem. Wine stoppers and rings made out of antlers? Why of course. There aren’t many things that E…

With school set to start on Wednesday, RE-1 Valley School District is putting out a plea for bus drivers. Superintendent Shila Adolf informed parents during a community update meeting Monday via Zo…

From evening gowns, to overalls, to pajama pants, there were a variety of fashion styles on display as a scaled-back Logan County Fair kicked off Friday with the “Sew It, Grow It, Show ItR…

August is nearly here and that means it’s time for students to head back to school. To prepare, area schools have announced plans for registration dates. RE-1 Valley School District The first day o…

Be the first to know and let us send you an email when South Platte Sentinel posts news and promotions. Your email address will not be used for any other purpose, and you can unsubscribe at any time.

Halden Wofford and the Hi* Beams at Transwest July Jamz Concert on the Green!

Eef and The Blues Express at Traswest Concerts on the Green!

"I Do Not Like Green Eggs and Ham!" Sterling Miracle Players Kids Camp has one more showing of "Seussical Jr." 7 p.m. today, at Knights of Columbus. Don't miss it!

Wendy Woo is on stage now at July Jamz!

Sterling's 15th Walk to End Alzheimer's was held at Columbine Park this morning. An estimated 300 people took part in the walk. The ribbon was cut by team "Grandma's Angels."

Friends and co-workers celebrate Joe Kaufman's retirement from the City of Sterling on Wednesday, Jan. 27.

Staff and the public at the Logan County Courthouse were serenaded by the Eastern Colorado Trombones Quintet Tuesday morning.

Christie Orozco receives a proclamation from Sterling Mayor Dan Torres, Jr., in recognition of National Recovery Month. The proclamation was made during a celebration held at the courthouse gazebo on Sunday, Sept. 13.

Happy Fourth of July Logan County. May we never forget the cost of freedom.

Sterling Finance Director Deb Forbes was recognized by the Government Finance Officers Association Tuesday night with a Certificate of Achievement for Excellence in Financial Reporting. This is the 21st award presented to the city.

Students, parents protest lack of communication by Fleming school board. A meeting is scheduled for 6 p.m. tonight at the Fleming School Library with the Colorado Association of School Boards.

To the chief, from his department

Virgie Nelson, Coordinator of Youth Services, commends Sterling Police Chief Tyson Kerr on his new appointment as chief with a poem both encouraging and comical. Her presentation was made during Kerr's swearing-in as Sterling's new police chief Wednesday afternoon.

The South Platte Sentinel Publishing Company Inc. formed in April 1988 as an "S" Corporation with the sole purpose of publishing a weekly newspaper in Sterling, CO. The community based newspaper publishes 8,300 issues weekly which is distributed freely throughout Logan County communities by mail and at exclusive pick-up-points throughout the community. As a free weekly newspaper promoting community events and people in Logan County, the success of the South Platte Sentinel lies in its ability to provide news and advertising strictly on a local basis. Although its free circulation is a major selling point, readership is not guaranteed by distribution. The South Platte Sentinel does not rely on its cost value to the advertiser alone as its strong point. Instead, the Sentinel relies strongly on its reputation as being a news leader in the community