Due to inclement weather conditions, the State of the Ward address has been postponed to February 19th.... Same time, same location. Any questions or concerns, please feel free to call my office at 773-261-4646.

Please join me TOMORROW NIGHT, February 5, at 7pm at the Columbus Park Refectory, for my annual State of the Ward address. I look forward to discussing the progress we've made and the path forward with you.

Back to school tomorrow.

The mini-vacation is over. Chicago Public Schools are set to reopen Wednesday after being closed Monday and Tuesday due to extreme cold.

Remember: warming centers are open for those in need of a place to stay safe during this extreme weather.

Bitter cold temperatures are more than an inconvenience; they pose a serious threat to health and safety. The City of Chicago has many services available to help residents weather the winter months.

CPS says no classes Monday due to weather

Chicago Public Schools has called off school for its 400,000 students Monday because of the extreme cold and high winds forecast for the region.

Happy MLK Day!!!! Remember it's not just a day off.... It's a day we honor a man who opened many of doors to where we are today!

Let Divvy Bikes know you want a bike share station in the 29th Ward! They'll determine where to place future stations based partly on demand--so let's speak up!

Divvy Suggestion Map. Where do you want bike share stations?

Detailed descriptions and further information about all of these programs are in the RFP and related materials posted on the DFSS website: 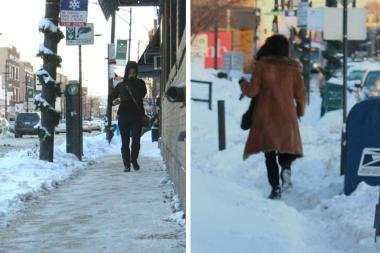 "The Chicago Department of Transportation and the Mayor's Pedestrian Advisory Council have teamed up to create the Winter Wonder program, which aims to increase awareness of and compliance with the city's sidewalk snow removal laws by drawing attention to those who are getting it right."

There are places in the city where one can walk on clear, dry pavement — and they deserve an award.

Streets and Sanitation crews resumed garbage collection on Tuesday as other workers continue to clear the streets of snow. 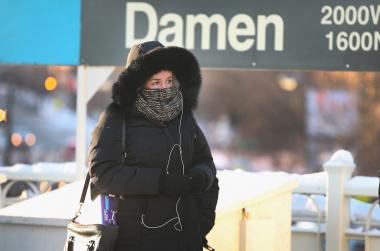 Back to school tomorrow.

Students got an unexpected extension of their holiday break when schools were closed Monday and Tuesday.

Keep up with the latest 29th Ward news. Sign up to receive our e-newsletter! 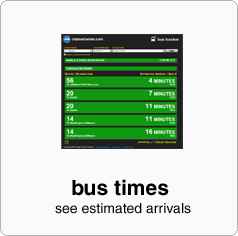 If you have to travel by bus today, make sure to use the Chicago Transit Authority bus tracker so you don't get stuck out in this dangerous cold for longer than necessary.

CTA Bus Tracker uses GPS devices to report bus location data (and more) back to our servers. We can then, in real time, show you where buses are on a map and estimate when they will arrive at your stop.

Please note: CPS will be CLOSED again on Tuesday due to dangerously low temperatures.

The Garfield Community Service Center at 10 S. Kedzie is open 24 hours a day to connect residents in need to shelter. Libraries and park district buildings will also be open for those in need of a warm place to go.

The Chicago Fire Department does not recommend using space heaters, but acknowledges that people might be relying on them during this extreme weather.

A few quick reminder on space heaters from the Chicago Fire Department:

-Remember: only use heaters that are UL certified as safe.
-Never use an extension cord with a space heater--that can cause the cord to overheat and burn.
-Most importantly, NEVER allow a space heater within three feet of anything that can burn, especially bedding!

We are expecting a steep and dangerous drop in temperatures tonight and in the coming days. Please take precautions to stay safe and warm, and check in on elderly neighbors.

Here's a list of warming centers. Please repost and help spread the word to those in need!

Bitter cold temperatures are more than an inconvenience; they pose a serious threat to health and safety. The City of Chicago has many services available to help residents weather the winter months.

Happy Holiday Facebook! Hope you are enjoying the day!

"I’m grateful for his serving and having the compassion he had for his people,” Graham said. “And I wish that we could find the compassion for our brothers and our sisters in our community to find the peace and stop the violence and to love one another the way he loved his country.”

“I’m grateful for his serving and having the compassion he had for his people,” Graham said. “And I wish that we could find the compassion for our brothers and our sisters in our community to find the peace and stop the violence and to love one another the way he loved his country.” 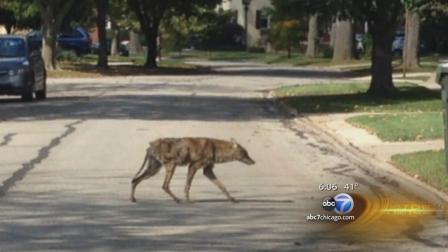 Thanks to those of you who joined us last night for this important meeting.

A city alderman held what was called an emergency meeting over the issue of coyotes in Chicago.

Emergency meeting set for tonight on wildlife at Columbus Park

Animal control officials and other experts will attend and answer questions.

Happy Veterans Day! We owe it to our veterans for their hard work in severing our country! Enjoy your day and every day! 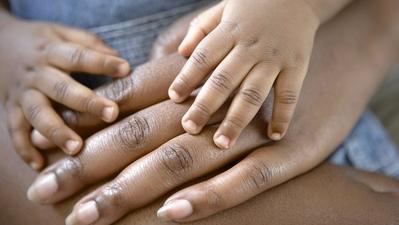 An end to silent suffering

Read my op-ed in the Chicago Tribune today on what Chicago's single moms need.

No one sets out to be homeless. No one plans to become impoverished, a single mother, or an abused wife. No one thinks, "Food stamps. That's my ticket out of poverty."

Following a media report that a convicted drug dealer was at one time involved in business operations of a Madison St. convenience store that sells liquor, Alderman Deborah L. Graham said today she would give back a political contribution the store made to the 29th Ward Democratic Committee.

She will give the contribution back to the Austin community - not to the store - by making a donation to the Chicago Chargers Youth Football and Cheer organization. Through football, cheerleading and other group activities, the nonprofit provides positive alternatives for Austin teens and pre-teens, primarily from single parent households. The Chargers hope to send a squad to the United Youth Football and Cheer national championships in Plant City, Florida in December. They have gone the past two years with the help of private donations.

Alderman Graham said she has written a check to the Chargers for $1,950 – the amount of the February 2012 contribution by Convenience for You, 5337 West Madison St.

Before Convenience for You obtained its liquor license in early 2013, Alderman Graham worked with the Department of Business Affairs to impose strict conditions on the sale of alcohol at the store in response to community concerns. For example, the store is prohibited from selling single cans of beer and malt liquor. However, the Local Liquor Commission is now investigating alleged violations of those conditions.

When the store was in the process of applying for the license, an African American businesswoman led Alderman Graham and others to believe she was the sole owner of the store.

As had been her plan all along once the liquor license was granted, Alderman Graham filed an ordinance in September to reinstate the moratorium along a stretch of Madison St. The ordinance has cleared a City Council committee and will be considered by the full Council at its October 16th meeting.

The City also is investigating the store’s ownership following a Sept. 29 Chicago Tribune report that a convicted drug dealer was behind its successful application for a City TIF grant to renovate the building. While Alderman Graham was not aware of or involved in the grant application – submitted in 2009 before she became alderman -- it was that new information from the Tribune that led to her decision to donate the contribution.

“I’ll admit this has been a rough few days, and I want to thank all of those who have supported me during a difficult time. People who know me and know how I conduct myself personally and professionally understand there was absolutely no connection between the contribution and my moratorium decision,” said Graham.

The Alderman has also noted that the contribution was made to the Ward Committee Fund to help pay for a senior citizens’ Valentine’s Day party – not to her aldermanic campaign fund.

“But no matter what I say, or how many people may stand with me, it has become very clear that this is one of those times when even a wide gap between reality and perception does not matter,” Graham said. “When an erroneous perception starts to take hold, it’s time to act. I have prayed on this matter and have come to my decision: I will not have my reputation and integrity potentially tarnished by this misperception. My intention was good, but the perception is bad.”

She continued: “As with any challenge like this in our lives, we also have to examine our decisions and learn from them. I pledge to come out of this a wiser alderman and one deeply committed to fully involving our community in the decisions that lie ahead as we work together to strengthen the 29th Ward.”

Meantime, Graham urged residents of the Ward and others to support the Chargers. “I hope others will join me in contributing to this most worthy cause. Let’s send the Chargers to the championships,” she said.

For more information about the Chargers or to make a donation, please visit the Chargers’ website at http://chicagochargersyouth.com/.

Hope to see you there!

Be the first to know and let us send you an email when Alderman Deborah L. Graham posts news and promotions. Your email address will not be used for any other purpose, and you can unsubscribe at any time.