From the Center for American Progress, “While significant work remains to undo the harmful ways in which the Trump administration eroded religious liberty, the Biden administration has set itself on a course to restore the separation of church and state.”

At home and abroad, the Biden administration is restoring a commitment to religious liberty for all.

Reproductive freedom is a matter of religious freedom. The Senate must act to ensure that all people can make the decisions that are right for them. Learn more:

On February 25, 2022, Interfaith Alliance joined over 130 faith-based and civil rights organizations in calling …

Congratulations to our partners at Interfaith Youth Core on this week's launch of the Black Interfaith Project!

(RNS) — As the Black Interfaith Project launches, Emhoff said his interfaith marriage with Kamala Harris followed the discovery that their joint values were rooted in their different faiths.

TODAY at 2:00pm ET: One year into the Biden presidency, Rabbi Jack Moline joins the Center for American Progress to reflect on the administration’s progress in advancing true religious freedom. Register below:

Please join the Center for American Progress for a discussion of the Biden administration’s efforts to protect the rights and safety of religious minorities and the nonreligious, here and around the world, and to safeguard the nation’s separation of church and state.

Public schools must respect the constitutional rights of their students and be welcoming places for students of all faiths and none.

The lawsuit alleges that the Cabell County school system has a history of disregarding the religious freedom of its students.

Please join the Center for American Progress for a discussion of the Biden administration’s efforts to protect the rights and safety of religious minorities and the nonreligious, here and around the world, and to safeguard the nation’s separation of church and state.

Trans youth in Texas and beyond: you are celebrated and you are loved, just the way you are. #Faith4Equality

Here’s an easy way to determine whether you should compare something to the Holocaust. If the thing you’re talking about isn’t the Holocaust, then don’t do it.

“As a believer, I see racial and ethnic diversity as an expression of God’s manifold beauty,” writes JemarTisby on #BlackHistoryMonth.

Jemar Tisby makes a case for the relevance and importance of Black History Month.

Religious freedom is central to our nation. But it cannot be used as a license to endanger public health. People of faith share a mandate to care for one another.

When nurse Julia Buffo was told by her Montana hospital that she had to be vaccinated against COVID-19, she responded by filling out paperwork declaring that the shots run afoul of her religious beliefs.

Interfaith Alliance is only as strong as our supporters. Learn more about how to get involved with our grassroots affiliates!

Public money belongs in public schools. Using taxpayer dollars to fund a partnership between a Christian institution and Tennessee’s education system is a blatant violation of the constitution.

NASHVILLE, Tenn. --The non-profit Freedom From Religion Foundation (FFRF) is targeting Tennessee Governor Bill Lee's decision to partner with a Christian institution to open public charter schools in the state. The organization, which focuses on the separation of church and state, is targeting the d...

This Presidents’ Day, we reaffirm our commitment to upholding what the founders saw as the bedrock of our democracy: true religious freedom, for people of all faiths and none.

As hate groups become more vocal, visible, and violent, we must redouble our efforts to make our communities more inclusive.

All people, no matter where we live or who we are, deserve to feel safe and …

Many faith leaders wary of religious exemptions for vaccine

By the thousands, Americans have been seeking religious exemptions in order to circumvent COVID-19 vaccine mandates

In his new book, Ali confronts a range of issues, including Islamophobia, white supremacy and chocolate hummus.

Interfaith Alliance joins with our friends and neighbors who face discrimination, with the knowledge that our freedoms are inextricably tied to theirs. Learn more about our work to protect religious minorities:

Ours is a nation of values, founded on the ideal that all people are created equal. …

“Standing up for LGBTQ rights is an essential expression of my religious freedom,” writes Rabbi Esther Hugenholtz in the Iowa City Press-Citizen.

I’ve witnessed the continued struggles LGBTQ people confront — and I know that our state’s nondiscrimination protections are not enough to shield them.

Interfaith Alliance advances religious freedom through strategic advocacy and by spotlighting cases that impact the boundary between religion and government. Learn more here:

"An Interfaith Response to Hate," A Panel Discussion - Interfaith Alliance

ICYMI: Last week, Rabbi @NancyKasten2 and Pastor @bobrobertsjr joined @JackMoline to discuss how we can address religious extremism in our communities in the aftermath of Colleyville. Watch here:

In the aftermath of the horrific hostage crisis at the Beth Israel Congregation in Colleyville, Interfaith …

The Hypocrisy of American Islamophobia

“This country’s security agencies failed epically in their treatment of Muslim Americans after the 9/11 attacks by infringing on their civil liberties, while abridging or disregarding constitutional protections for millions of innocent people.”

This country’s security agencies continue their laser focus on monitoring Muslim Americans, even as they grossly underestimate the threat from white supremacists.

Without racial justice, religious freedom is an incomplete promise. #BlackHistoryMonth

No child should feel unsafe or unwelcome at school because of who they are, what they believe, or how they learn.

In communities across the country, our public schools bring together young people of all identities, beliefs, …

A year ago yesterday, Melissa Rogers re-took the helm of the White House Office of Faith-Based and Neighborhood Partnerships. Melissa has always been a steadfast advocate for championing true religious freedom for those of all faiths and none.

Opinion: A Tennessee couple's struggle to adopt shows religious freedom is under siege in America

“[R]ight-wing Christians are turning religious freedom on its head, distorting it into a license to violate religious freedom, by discriminating against religious minorities, the nonreligious and other Americans who hold beliefs that differ from theirs."

Right-wing Christians don't get to create a parallel legal system that conforms to their conservative theology. There should be one set of laws that applies to all of us and protects the rights and safety of all Americans to freely practice their faith, write Guthrie Graves-Fitzsimmons and Maggie Si...

This brand of “classical education” packages history as a happy thing, where no (white) Americans ever did anything wrong.

Religious, racial, and cultural diversity enrich all of our communities and are among our nation’s greatest strengths. #BlackHistoryMonth

(RNS) — Captured in dramatic lighting and paired with audio clips, the portraits highlight the beauty and diversity within the Black Muslim experience.

The Missing Element in the Conversation on Christian Nationalism and Freedom: Whiteness

“We’ll only get a firm handle on the increasingly dangerous expressions of freedom ideology by examining their roots in racism and racism-drenched religion.”

Justice Breyer is known for his professorial demeanor and desire for consensus. But can a polarized Supreme Court honor his legacy?

"An Interfaith Response to Hate," A Panel Discussion - Interfaith Alliance

ICYMI: On Thursday, Dallas faith leaders joined us to discuss how we can combat hate in our communities, and how interfaith partnerships are a vital tool in this effort. Watch the event here:

In the aftermath of the horrific hostage crisis at the Beth Israel Congregation in Colleyville, Interfaith …

On Full Frontal with Samantha Bee, multi-faith leaders from the National Council of Jewish Women (NCJW), Catholics for Choice, and Repro Legal Defense Fund underscore how the radical campaign against reproductive rights is out of step with most of Americans of faith.

Sam sits down with religious leaders (Jaime Manson, Rafa Kidvai, Rabbi Danya Ruttenberg) to learn how their counterparts on The Right have successfully melte...

Perspective | A U.S.-born Muslim has a question for racists: Go back to where?

“With the resurgence of radicalized white power movements, many are now forced to confront the reality called white supremacy that the rest of us have had to deal with our entire lives."

Wajahat Ali, an author and commentator, writes: "I am about as American as chicken korma, apple pie and chai, but even after 40 years I’m still told to ‘go back.’ ”

This campaign by the Religious Right to target heroic humanitarian efforts by faith-based organizations is shameful.

WASHINGTON (RNS) — Among those targeted is Sister Norma Pimentel, a nun who serves undocumented immigrants along the U.S.-Mexico border and has been described as the pope’s ‘favorite nun.’

Be the first to know and let us send you an email when Interfaith Alliance posts news and promotions. Your email address will not be used for any other purpose, and you can unsubscribe at any time.

Send a message to Interfaith Alliance: 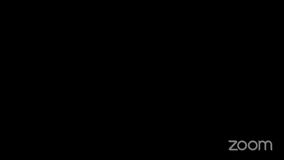 An Interfaith Response to Hate

A Grassroots Approach to Combating Hate