Orahh fellow service members, this poolee is the newest addition to the ranks of my proud core. I will uphold the core values of valour, bravery, loyalty.

Flexing on these Facebook haters. Thank your local Poolee for your freedom. Oh rah. Civilian scum. I still hate all of you.

Who keeps reporting my damn posts? All you civilian scum are weak!

This POOLEE hope's all you uncivilized scum slept warm under the blanket of freedom my RS (recruiting station) provided you last night during our night RAID! S**t went DOWN! OR, FRIGGIN RAH?! #raid #zero311 #poolee #freedom 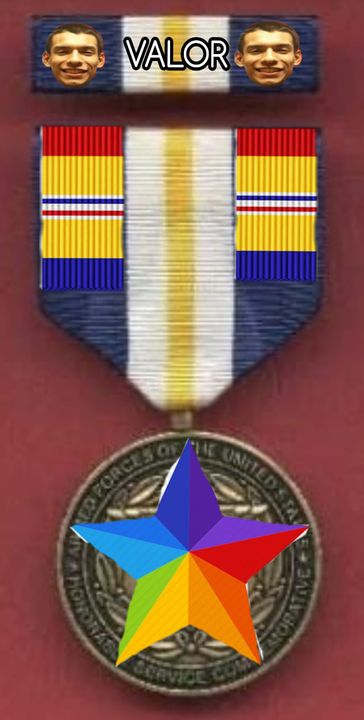 This Poolee just got promoted to CHIEF Poolee (P-7) and was awarded this medal for valor from our last pump overseas!!? Everyday this Poolee sustains himself by drinking the tears from all you jealous POGs!!!? Ohr Friggin rah?!?! #thankmeformyservice #f**kpogs #deployment #chiefpoolee

Just got back stateside from the deployment my RS (recruiting station) went on oh rah?!. S**t went DOWN, It feels good to be a gangster, know what I'm saying?!!! Rah?

This poolee nominates himself as the new SECRETARY OF DEFENSE. #trump #f**kpogs #mattis2020

F**k all of you pogs

This poolee is considering sacrificing some army pogs to Odin. I'm sick of getting reported. #Odin #bloodeagle #ohrah

This poolee is sick you his page getting blocked on Facebook. You f***s need to learn to get thicker skin before you pretend that you're part of my corp!! Orhaa! #worriedcitizen #p**sedoffveteran #dysfunctional #veteran #medicated

This poolee is medicated for your protection civilians. So you better keep your distance before I knock yo du***ss out.

Here's a picture from back in my bodybuilding days oh rah?! This poolee was fu***ng hard as a rock! I had to cut a lot of weight in order to join the core! Those were the good old dayz.

Here is this poolee"s cousin Coral Ramirez! He was a scout sniper in desert fury oh rah! He is the reason this poolee signed up to go to war!!! And before you say he is out of uniform regulations he is allowed to wear that baseball cap to fit in with the local population! #scoutsniper #ramirez #dressblues #desertfury #ohrah 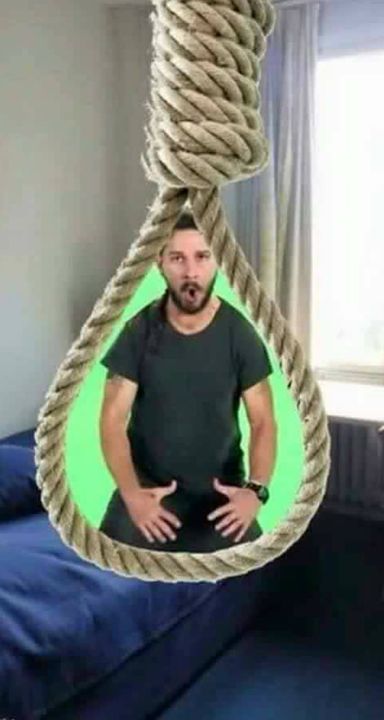 This is for all you weak civilians oh rah? Constantly pi***ng this poolee off and reporting him. The world would be better without you dickweeds wasting our oxygen oh? Rah? And for all you POG boots, kindly go f**k yourself. #justdoit #nike #civilians #thankmeformyservice #poolee 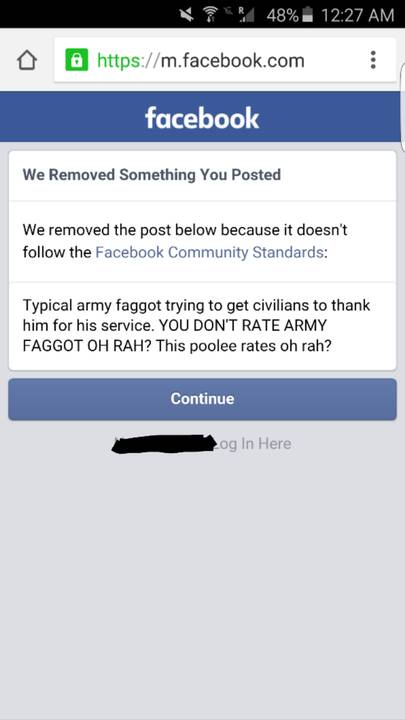 Some civilian or army soldier reported this page and comments! This is UNSAT gentlemen! How can people be so weak that mere words hurt them??! #worriedcitizen #newcorps #whereistheoldcorps

Here's my brother Poolee Jacobson! He recently was awarded the Gung Ho trophy! He was the most motivated poolee at the grunt training camp class 3-16! Today we serve in peace and tomorrow we will lead in war oh rah?! #gungho #war #peace #youngleaders

This poolee is currently pumping iron with the old Gunner Sarnt Smith oh rah? And listening to some hip-hop/rap music! Hell yeah f**kers! Ice cube used to be a Major (o4) of the USMC! And he has a CAR(Combat Action Ribbon)! He fought fought in the frozen choosen and saved 20 of his men and won the silver star badge OH RAHHHHHH??!?!?!? #ICECUBE #Silverstar #hiphop #rap #molanlabe #comeandtakeit

Follow your dreams brothers! Don't let anyone tell you that you ain't s**t! This poolees parents told him that he would never amount to anything! I told them to suck this poolees dick ohraahhhhh! #followingdreams #metal #gof**kyourself #usmc #poolee

This is a true operator here gentlemen. #warriorednesday 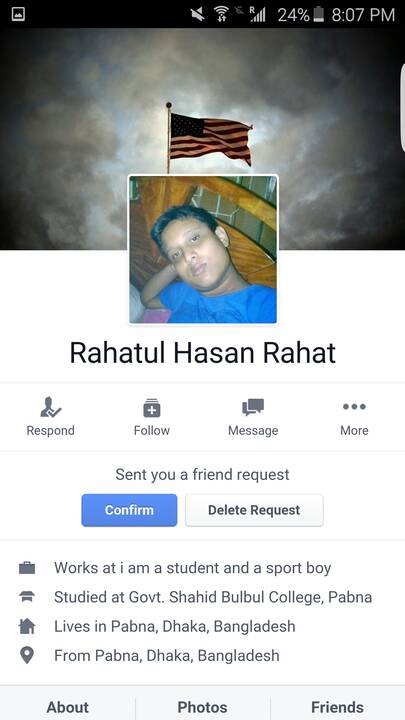 So this f**k tried to add me as a friend today brothers!? This poolee just about lost his damn mind!! #OPSEC #NOTTODAYISIS

Here we have a POG in its natural habitat!
#fa**ot #helikesgruntdick

Here's a photo this poolee got from his RS (recruiting station) of the TRUE rank structure. Make sure you study this well b4 you deploy to basic l. Oh rah!? 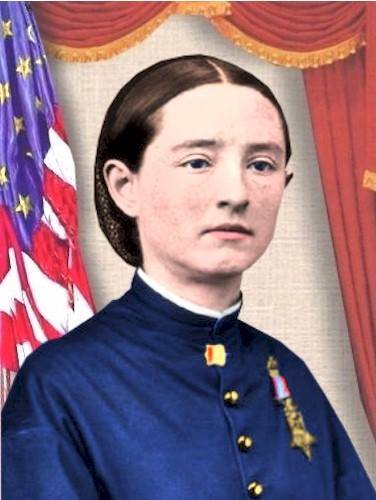 ORAH Ma'am! This poolee has a hard on for the Medal of HONOR! This proves that women should be able to join the fighting force of the USMC! This should motivate all you brothers.

The 1st and only woman Medal of Honor recipient

Mary Edwards Walker (November 26, 1832 – February 21, 1919) was an American feminist, abolitionist, prohibitionist, alleged spy, prisoner of war and surgeon. As of 2015, she is the only woman ever to receive the Medal of Honor.

In 1855 she earned her medical degree at Syracuse Medical College in New York, married and started a medical practice. She volunteered with the Union Army at the outbreak of the American Civil War and served as a surgeon at a temporary hospital in Washington, DC, even though at the time women and sectarian physicians were considered unfit for the Union Army Examining Board.[2] She was captured by Confederate forces after crossing enemy lines to treat wounded civilians and arrested as a spy. She was sent as a prisoner of war to Richmond, Virginia, until released in a prisoner exchange.

After the war, she was approved for the highest United States Armed Forces decoration for bravery, the Medal of Honor, for her efforts during the Civil War. She is the only woman to receive the medal and one of only eight civilians to receive it. Her name was deleted from the Army Medal of Honor Roll in 1917; however, it was restored in 1977. After the war, she was a writer and lecturer supporting the women's suffrage movement until her death in 1919.

Citation: Whereas it appears from official reports that Dr. Mary E. Walker, a graduate of medicine, "has rendered valuable service to the Government, and her efforts have been earnest and untiring in a variety of ways," and that she was assigned to duty and served as an assistant surgeon in charge of female prisoners at Louisville, Ky., upon the recommendation of Major-Generals Sherman and Thomas, and faithfully served as contract surgeon in the service of the United States, and has devoted herself with much patriotic zeal to the sick and wounded soldiers, both in the field and hospitals, to the detriment of her own health, and has also endured hardships as a prisoner of war four months in a Southern prison while acting as contract surgeon; and Whereas by reason of her not being a commissioned officer in the military service, a brevet or honorary rank cannot, under existing laws, be conferred upon her; and Whereas in the opinion of the President an honorable recognition of her services and sufferings should be made. It is ordered, that a testimonial thereof shall be hereby made and given to the said Dr. Mary E. Walker, and that the usual medal of honor for meritorious services be given her. 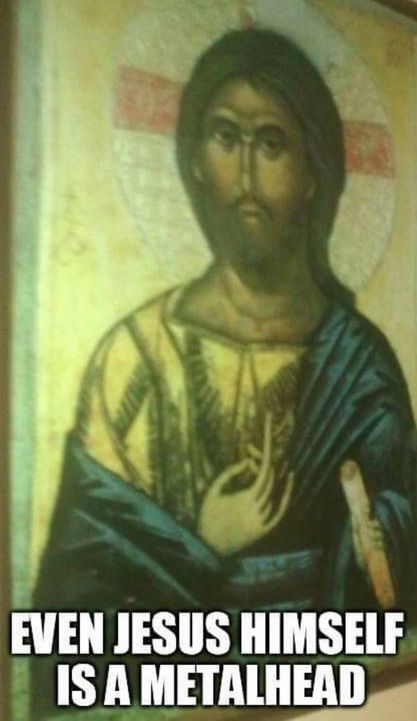 Looks like this brother has an excellent taste in music! Orahh! ! #metal #motivation #atruehero

Just got back from PT (physical training) #orah #pt4dayz #motoink

This poolee is wondering if any brothers have good tattoo ideas b4 he deploys to basic. #ink #motoink #usmc

Make sure you fellow brothers and sisters uphold the core values of valour, bravery, loyalty! Every day is a test of our morale courage and commitment!! ORAH!

Good afternoon fellow Marines! This is the kind of filth that makes this poolee disgusted with the disrespect of the women and men who protect our country! #worriedforthefutureofourcorps #fightthegoodfight #OHRAHH #staymotivated

Be the first to know and let us send you an email when Poolee Stephen Anderson posts news and promotions. Your email address will not be used for any other purpose, and you can unsubscribe at any time.