It is the vision of the National Alliance of Faith and Justice that the criminal justice system will work harmoniously with communities of faith and service and with applicable stakeholders to improve equitable administration and respect for law and order. In 2000, the National Alliance of Faith and Justice, www.nafj.org, invited the nation for its first year to join in extending the holiday and s

It is the vision of the National Alliance of Faith and Justice that the criminal justice system will work harmoniously with communities of faith and service and with applicable stakeholders to improve equitable administration and respect for law and order. In 2000, the National Alliance of Faith and Justice, www.nafj.org, invited the nation for its first year to join in extending the holiday and s

Kenneth Gorham, a graduate of North Carolina A&T State University, has become the youngest school principal in US history at Movement Middle School, located in Charlotte, North Carolina. He ear…

Please join with us as we celebrate with our national affiliates Justice Sunday. Let your celebration this year ring loud!

Derek Sanders, 29, had been a deputy for six years.

Alvin Ailey American Dance Theater has become a Holiday tradition for many in our community. Make a gift to support Ailey this Holiday season to secure this tradition for years to come. bit.ly/3WiXyW0

Map of Africa and what their original name mean in English.

A young man has taken to his Twitter page to share that he successfully completed his second master’s degree program, netizens who saw the tweet did not

He’s been ignored and cast aside much like new home hunters touring a property covered in wallpaper. Scholars have left him out of the history books and Hollywood couldn’t be bothered to acknowledge his existence either.

He was Howard Hughes’ top engineer and lifelong best friend. This is about 𝗙𝗿𝗮𝗻𝗸 𝗠𝗮𝗻𝗻, the hidden genius behind much of 𝗛𝗼𝘄𝗮𝗿𝗱 𝗛𝘂𝗴𝗵𝗲𝘀’ success in the world of aviation and mechanics.

𝗙𝗿𝗮𝗻𝗸 𝗖𝗮𝗹𝘃𝗶𝗻 𝗠𝗮𝗻𝗻 (𝗡𝗼𝘃𝗲𝗺𝗯𝗲𝗿 22, 1908 – 𝗡𝗼𝘃𝗲𝗺𝗯𝗲𝗿 30, 1992) was an African American engineer who was known for his participation in many Howard Hughes's projects including the Spruce Goose. He also starred in the Amos 'n' Andy radio show. Apparently, his lifelong friendship with Hughes was instrumental in opening doors for Mann's exceptional talents.

A native of Houston, Texas, Frank Calvin Mann's parents wanted him to become a schoolteacher, but from childhood, he had a natural ability to fix things. At age 11, he had his own mechanic shop. As a teenager, he worked alongside airplane mechanics, repairing engines. By the ago of 20, he had designed and built several of his own Model-T cars. It was unheard of in the 1920s for a Black man to have anything to do with cars, trains, or airplanes. His life-long friend Howard Hughes was instrumental in opening doors for Mann's exceptional talents.

Mann attended the University of Minnesota and UCLA where he earned a mechanical engineering degree. World War II equipment that revolutionized military weaponry would not exist if not for his involvement. Incredibly, few Americans are aware of Frank Mann. He was the first Black commercial pilot for American Airways. He was also a distinguished military officer. In 1935, following Italy’s invasion of Ethiopia, Frank Mann flew reconnaissance missions for the Ethiopian army.

He served in the World War II Army Air Corps and was the primary civilian instructor of the famous Tuskegee Airmen in 1941. He left Tuskegee after a rift with the U.S. government, which didn't want the Squadron, an all-Black unit, flying the same high caliber of airplanes as their White counterparts. An angry Mann had refused to have his men fly old "World War I biplane crates," because his airmen had proven themselves as equals.

Though they were being given inferior equipment and materials, their squadron never lost a plane, bomber, or pilot, and they were nicknamed the "Red Tails.” After the war, Mann was instrumental in designing the first Buick LeSabre automobile and the first communications satellite launched for commercial use.

His pride and joy was a miniature locomotive enshrined in the Smithsonian Institute, Mann also played a principal role in the Amos ‘N’ Andy radio show. He moved back to his hometown in the 1970s.

Meet Haley Taylor Schiltz: 19-Year-Old Who is The Youngest Black Woman To Graduate From Law School In America - Blog Jetmis

Meet Haley Taylor Schiltz: 19-Year-Old Who is The Youngest Black Woman To Graduate From Law School In America - Blog Jetmis

11-year-old boy wins Kid of the year award for showing kindness to people, gets $500 reward - Kiwide.com

11-year-old boy wins Kid of the year award for showing kindness to people, gets $500 reward - Kiwide.com

An exceptional 11-year-old boy from Texas United States, Orion Jean has been named the TIME’s Kid of the Year in recognition of his dedication to make the

13-year-old Nigerian-born tech genius, Emmanuella Mayaki has scripted a new record as she becomes one of the youngest persons to be accepted into a University in the United States of America. Born …

Grace Moore, a 12-year old girl from New York, has made history as one of the youngest composers to join the New York City Philharmonic Orchestra.

To the troll who accused Brittney Griner of not being a patriot, here she is standing with TEAM USA 🇺🇸 during the national anthem after winning the gold medal in the Olympics! Don’t be a du***ss.

Drew Barrymore and Lupita Nyong’o were among the top 10 U.S. “breakthrough” creators on TikTok, registering among the creators with the biggest growth on the platform for the year. 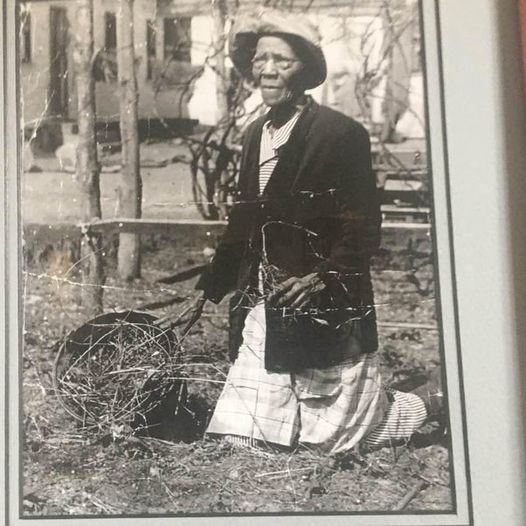 “This is my great-grandma, Christina Levant Platt at age 100, weeding her garden. She was born into slavery. Her “owner” was a wife that taught my great grandma to read and write secretly, which was illegal and quite dangerous at that time for both of them. She learned to read the Bible.
She had 11 children, she lost two, one son was one of the first black attorneys in US. She sent the 4 boys to college in Boston. Exceptional in those days.
She passed 5yrs before I was born but I love her as if I knew her. Family tells me she would say “ I put prayers on my children’s children’s heads”.
This apparently worked💜
Around April 12, 1861, Christina was at the 1st battle of the CIVIL WAR, in Fort Sumter at Charleston Bay, South Carolina, working in the cotton fields.
She said “the sky was black as night” from cannonball fire. She saw a man decapitated by a cannonball.
She was the water girl for the other slaves as a young girl and “ the lookout” for the slaves in the fields for the approaching overseer on horseback as they secretly knelt and prayed for their freedom.
She would watch for the switching tail of the approaching horse and would alert the slaves to rise up and return to picking cotton before he saw them.
She eventually married a Native American from the Santee Tribe. John C, Platt.
After freedom, Christina insisted upon taking her children north as she knew they would not get a good education in the south, and that’s all she cared about. She died at age 101 in 1944, where she and her husband had built a home in Medfield, Massachusetts, the first black family to move there.
With great respect, I honor my great grandmother.
So much more I could say about this miraculous woman. She gave me much strength in my hard times.
Whenever I thought I was having a hard day, I would think of her and shrug it off.
Thank you for reading one story of millions. 💜”
Support us with LIKE HERE 👉 Good Thinking
- source by - Brenda Russell

Hendrix – a 14-year-old son of popular American comedian and actor, Kevin Hart, has graduated from high school in the United States.

That’s why Gregg Popovich is one of the best coaches ever.

Happy 46th Birthday to Chadwick Boseman! An awe-inspiring artist. A sacred storyteller. An inimitable icon. Though gone too soon, his work will live on endlessly! 🙌🏾

Today is , and I’d love for you to give to the Chadwick Boseman Foundation for the Arts, an organization led by Chadwick’s wife, Simone Ledward Boseman. Their mission is to support, engage and empower Black artists by supporting their journeys!

As a creative myself, that is deeply valuable. 🥺 Black art and Black storytelling moves us, and in seeing ourselves centered, we know we matter.

So join me in donating $46 today to the Boseman Foundation in honor of Chadwick’s 46th birthday!

Happy heavenly birthday, Chad 🤍. May your life light a path for others to soar.

From waitress and flight attendant to commercial airline Pilot

From waitress and flight attendant to commercial airline Pilot

Check out the event details here.

Be the first to know and let us send you an email when National Alliance of Faith and Justice - Washington State posts news and promotions. Your email address will not be used for any other purpose, and you can unsubscribe at any time. 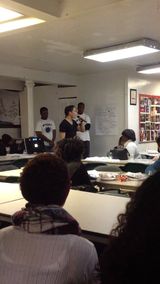 Hi Beverly so nice so NAFJ on FB. How are you? How was the summit this year?
CAN YOU PLEASE POST A VIDEO OF VERNON CHAPPELS SONG IF YOU HAVE ONE .....THANK YOU...