The City of Harvey, Illinois is located at the junctions of major interstates, as well as four national and multinational railroad lines. Feel free to contact the Clerk's Office with any questions at 708-210-5300.

The City of Harvey in collaboration with Family Christian Health Center is hosting a COVID-19 vaccination event at City Hall tomorrow - Thursday, February 24th - from 10am to 2pm. We also have At-Home testing kits and KN-95 masks. Stop by and stay safe.

Harvey Police Officer Honored For Taking Down Armed Teen In Store, But Never Firing Own Weapon

We are proud of and thankful for the good men and women of the Harvey Police Department. Thank you to Office Marcus Patterson and the entire Harvey PD for their fine work!

An off-duty police officer walked into a store in Harvey, only to end up having to take down a youngster threatening someone with a gun. As CBS 2's Jermont T...

Are you vaccinated? Stop by Harvey City Hall today to get your first, second or booster shot. No appointment needed. Just stop by and get vaccinated. Thank you to the ladies at Family Christian Health Center for coming by and providing the vaccines. Together we will get through this pandemic together. #BuildingABetterHarvey

Congratulations to Andre and Suheir Williams on the opening of the S2 Express Grill on 167th and Halsted in Harvey. #BuildingABetterHarvey

Tomorrow, Mayor Christopher J. Clark and the City of Harvey are hosting a COVID-19 Vaccination Event at Harvey City Hall from 3pm to 6pm. If we are going to get through this pandemic, the best way is with vaccinations!

The hard working members of Harvey Fire are out there keeping our city safe. Thank you to all the first responders and City staff members for getting us through the storm!

A little cold, snow and ice won't stop the Harvey Police Department from patrolling our streets and ensuring the people of Harvey are safe. Thank you to all our first responders today and every day.

The City of Harvey Public Works plows took to the streets really early this morning (while most of us were still sleeping). They have been working through the night and morning to make the streets safer for residents and commuters. Give them a wave as you see them and let them know you appreciate their hard work. We certainly do!
#BuildingABetterHarvey

A Winter Storm Warning has been issued by the National Weather Service starting tonight at 8pm and lasting through Wednesday at 6pm. The roads will likely be slippery. Please be safe and watch for plows on the street. Plows will be deployed to clear all main roads first and then begin clearing side streets.

Not feeling well and worried about COVID? Traveling or need a negative test to return to work? Stop by the Harvey City Hall COVID Drive-Thru Testing Clinic, Mondays through Saturdays, starting January 24th. Illinois Health Testing Services is offering free rapid and PCR test to our community at City Hall.

“Life’s most persistent and urgent question is, ‘What are you doing for others?'” - MLK

In honor of Dr. Martin Luther King, Jr. and the contributions he has made to our country and our community, Harvey City Hall will be closed for business. We will re-open on Tuesday morning. Take a moment today to do something kind for someone today!

Thank you to all the men and women of the Harvey Police Department and other law enforcement agencies who serve and protect our communities!

Looking for a job in Harvey? S2 Express Grill is hiring!
Stop by their job fair tomorrow, January 8th, Noon until 6pm. Experience is wanted but not needed. Looking for chefs, cashiers, managers, servers and bussers.

The Family Christian Health Center and Cook County Public Health Department will be having a free walk-up/drive-up COVID testing event at 31 West 155th Street in Harvey tomorrow, January 5th, from 10am to 2pm. PCR test results will be available within 48 hours. Adults and children are welcome.

Today, the Southland lost a tireless advocate and friend. Our hearts and prayers are with the family and friends of Frank Zuccarelli, Thornton Township Supervisor, who served our community for more than 40 years.

From our family to yours... we wish you the happiest and healthiest holiday. In observance of the Christmas holiday, our offices will be closed Friday, December 24th through Monday, December 27th. We will reopen on Tuesday, December 28th at 9am for normal business.

We want your opinions!

Join us for one of two webinars this week regarding the future of Harvey's downtown and surrounding neighborhoods. See the information below for details!

Happy Thanksgiving to the entire Harvey community. In observance of the holiday, City Hall will be closed until Monday. We wish everyone a happy and safe Thanksgiving weekend.

Our very own St. Mark Missionary Baptist Church, Pastor Ed Harris has continued to serve the residents of Harvey by hosting food drives throughout the pandemic. Thank you for your time and committment to the City.

Thank you to Refuge Church Pastor Lonnie Harrison for being a community partner.
#coatdrive2021

Mayor Christopher J. Clark, with city employees, the Harvey Police and Fire Departments, Public Works staff and several volunteers handed out nearly 1,000 turkeys to the residents of Harvey in front of City Hall.

Thank you to all who came out. We hope this is the beginning to a very special and safe holiday season.

Thank you for supporting Harvey residents!

City Hall will be closed tomorrow, Nov. 11, in observation Veterans Day. Regular business hours will resume on Friday, Nov. 12 at 9am.

A two-year-old resident was shot and killed around 7pm yesterday. The shooting was contained in the home and is still being investigated. There is no danger to the public.

Be the first to know and let us send you an email when The City of Harvey posts news and promotions. Your email address will not be used for any other purpose, and you can unsubscribe at any time. 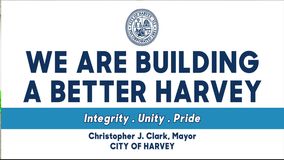 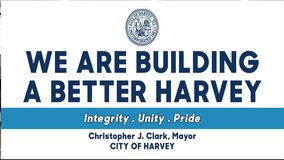 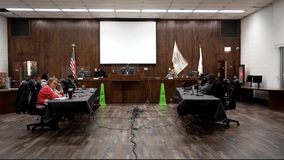 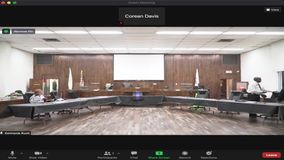 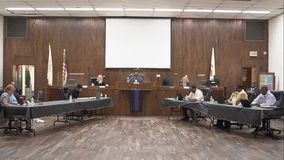 We are blessing families by giving out food boxes, this Saturday, at 11am. St.Mark Missionary Baptist Church, 14618 Lincoln Avenue, Harvey, IL
Today @ 4:25 (12/13/21) I called City Hall to report what appeared to be a water main break in front of the home @ 16516 emerald ave. It was continuing bubbling water pouring into the nearby sewer. The person who answered said all the workers left @ 4pm. I said it was important & needed to be checked. Iwas told she would see if she could reach someone. It is now 7:30 pm & no one has responded. IT IS AHUGE WATER LOSS.
Alguien sabe el precio de kos city sticker aqui en harvey
Get those abounded houses torn down on 156 Paulina where drugs, guns, and homeless live
I just need to know if the Village will be open. I am out of town but need to close on a property. I know Chicago many things are shut down again so I just need to know before sending someone to the Village to order a Final Water Reading and Pay for the Transfer Tax Stamp.
**PLACE YOUR ORDER** FAMILY & COMMUNITY PASTORS, LEADERS, CITY OFFICIALS THAT FEED EVERYONE ELSE.❤🐓 WE WILL SERVE UNTIL WE RUN OUT.... FRESHLY DELIVERED BY UBER EATS ON THANKSGIVING DAY💓
Harvey y’all dead wrong for putting these speed bumps through here but ain’t fix these potholes 🤦🏽‍♀️
I was waiting for a bus at the Harvey transportation center. And I noticed there was no security. Cuz there was a group of young man they had a wine bottle and music and they were blocking the way of people who wanted to sit down in the shelters. You have to be vigilant on it. Because when the cat's away the mice will play and they are well aware of it. so if you can make sure there's more security down there or have them come at peak times it would really be helpful to everyone. I still like Harvey because I live there for from 1973 when my parents bought a house until 2016. and I have many friends who do live in Harvey and I want the best for them.
Yesterday night around 1145. My house kitchen window hit with stray bbullet.Please mayor I want ot act not only for city policy but also city planning department for landlords who do not care for city resident and rent to house to bad people. Landlords are equally responsible for violence in city.