Forging ahead on a sturdy foundation of over five decades of engineering excellence and embracing the glorious next phase of its growth, BHEL is an integrated power plant equipment manufacturer and one of the largest engineering and manufacturing company of its kind in India engaged in the design, engineering, manufacture, construction, testing, commissioning and servicing of a wide range of produ

Forging ahead on a sturdy foundation of over five decades of engineering excellence and embracing the glorious next phase of its growth, BHEL is an integrated power plant equipment manufacturer and one of the largest engineering and manufacturing company of its kind in India engaged in the design, engineering, manufacture, construction, testing, commissioning and servicing of a wide range of produ

BHEL is proud to be associated with the first Made in India aircraft carrier INS Vikrant - the largest and most complex Indian warship designed and built by the Indian Navy and Cochin Shipyard Ltd.

BHEL’s best practices in the fields of HR and Occupational Health & Safety have yet again been recognised and awarded. For innovative HR practices, the company has been conferred with the ‘Apex India HR Excellence Platinum Award 2022’. BHEL has also been awarded the ‘Apex India Occupational Health & Safety Gold Award 2022’ for its sterling track record in safety. Both awards have been won in the Engineering Sector category.

Hon’ble Union Minister of Heavy Industries, Dr. Mahendra Nath Pandey inaugurated a ‘School of Welding’, set up at BHEL, Varanasi. The facility, established under the ‘Enhancement of Competitiveness in the Indian Capital Goods Sector, Phase-II’ scheme of the Ministry of Heavy Industries, will provide skill training in various welding technologies to 1,000 welders per annum and help in enhancing the employability of the youth in and around Varanasi to meet the requirements of industries.

Dr. Nalin Shinghal, CMD, BHEL, Directors on the board of BHEL and senior officials of the Ministry of Heavy Industries and BHEL were present in the virtual ceremony.

Speaking on the occasion, the Hon’ble Minister said that one of the most important constituents of the vision of our Hon'ble Prime Minister Shri Narendra Modi is to build a self-reliant nation. As the role of the manufacturing sector will be crucial in realising this vision, the government has already introduced schemes like ‘Make in India’ and ‘Aatmanirbhar Bharat’. The capital goods industry is the backbone of the manufacturing sector and provides critical inputs such as machinery and equipment to a broad set of user industries. Initiatives such as this for skilling and capability development of manpower will not only provide improved employment opportunities to the youth, but also fulfil the need of the industries. Being the largest engineering and manufacturing CPSE, the role of BHEL in such initiatives is laudable.

In addition to training in welding technologies like Shielded Metal Arc Welding (SMAW), Gas Metal Arc Welding (GMAW), Gas Tungsten Arc Welding (GTAW), etc., to meet the demand of various industries, the course curriculum also envisages holistic development of welders through body and mind training. This will prepare them for the rigours of industrial and construction environment, inculcating a mind-set of safety, responsibility, cleanliness and dignity of labour at work.

BHEL employees joined the program virtually from multiple locations across the country. The event was also webcast live enabling large numbers of employees to watch the proceedings through broadcast mode.

Guess the six sources of energy in the grid below that BHEL works on.
Give your answers in the comment section

𝗟𝗲𝘁'𝘀 𝗦𝘁𝗮𝘆 𝗖𝗼𝗻𝗻𝗲𝗰𝘁𝗲𝗱!
Connect with us for the latest updates on the achievements, news, events, and other happenings in BHEL.

Ms. Renuka Gera, Director (IS&P), BHEL, was conferred with the prestigious CIGRE Women in Energy Award at the Cigre, Paris Session in France.

Let's celebrate the spirit of sportsmanship and fairplay.
wishes you a Happy

BHEL has been conferred with the Golden Peacock Award 2022 for excellence in the area of Environmental Management in the Power Equipment category. Mr. M. Isadore, GM & Head (HR), BHEL, received the award during the 23rd World Congress on Environment Management and Climate Change at Bengaluru.

Significantly, BHEL has won this award for the fourth consecutive year. A presentation on BHEL’s achievements in the field of Environmental Management and Sustainability Initiatives was also made before the august gathering.

𝗕𝗛𝗘𝗟 𝘀𝗶𝗴𝗻𝘀 𝗠𝗼𝗨 𝘄𝗶𝘁𝗵 𝗥𝗩𝗡𝗟
BHEL and Rail Vikas Nigam Ltd. (RVNL) have signed an MoU to jointly work in the field of infrastructure and project ex*****on, in India and abroad, through synergy of their respective capabilities. This will pave the way for collaboration in both the present as well as future areas of operation towards the 'Atmanirbhar Bharat Abhiyan' of Government of India.

As part of the Swachhata Pakhwada being observed across BHEL, a Cleanliness Drive was organised at the company’s Corporate Office. A cross-section of employees led by Mr. M. Isadore, GM & Head (HR), cleaned a public park in the vicinity of BHEL’s corporate office in New Delhi.

On his appointment as Director on the Board of , Mr. Jai Prakash Srivastava, 57, has assumed charge as Director (Engineering, Research & Development) of the Public Sector Engineering and Manufacturing Enterprise.

Prior to this, Mr. Srivastava was heading BHEL’s Industry Sector business segment as Executive Director. He is a Mechanical Engineering graduate from IIT Roorkee with a post graduate degree in Business Administration.

Mr. Bijaya Kumar Das, DGM, BHEL, has completed the grueling ‘Ironman’ long-distance triathlon race, held in Astana, Kazakhstan. An ‘Ironman’ race comprises a 3.8 Km swim, a 180.2 km bicycle ride and a 42.2 km marathon in that order. It is one of the most difficult one-day sporting events in the world.

𝐁𝐇𝐄𝐋 𝐰𝐢𝐧𝐬 𝐀𝐬𝐢𝐚'𝐬 𝐁𝐞𝐬𝐭 𝐂𝐒𝐑 𝐏𝐫𝐚𝐜𝐭𝐢𝐜𝐞𝐬 𝐀𝐰𝐚𝐫𝐝
BHEL has been conferred Asia's Best CSR Practices Award for its CSR Project – ‘Heal A Soul’. The award has been won by BHEL under the category: Concern for Health.
The awards were presented at an event hosted by CMO ASIA in Singapore. Mr. Upinder Singh Matharu, Director (Power) & Director (HR) – Addl. Charge, accepted the award virtually, on behalf of the company.

Be the first to know and let us send you an email when Bharat Heavy Electricals Limited posts news and promotions. Your email address will not be used for any other purpose, and you can unsubscribe at any time. 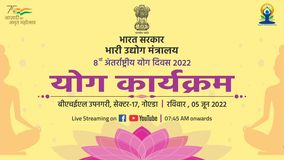 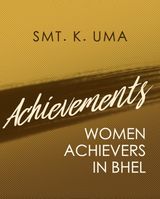 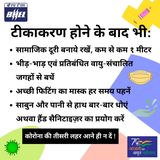 While generating oxygen from atmospheric air with a purity of 99.5% for industrial purpose, the oxygen plant of 50 cubic meter per hour capacity, can also be used for generating and filling oxygen in cylinders for medical use.


Ministry of Heavy Industries , Government of India
BHEL awarded for 'Highest procurement in number of orders on GeM in FY 21-22'

Given the ten-fold jump to Rs 3,900 Crore worth of procurement made through GeM in FY 21-22, BHEL has been felicitated at an interactive session with top 50 CPSEs organised by GeM in New Delhi today
𝐁𝐇𝐄𝐋 𝐎𝐫𝐠𝐚𝐧𝐢𝐬𝐞𝐬 𝐂𝐨𝐦𝐦𝐮𝐧𝐢𝐜𝐚𝐭𝐢𝐨𝐧 𝐖𝐞𝐞𝐤
Bharat Heavy Electricals Limited’s (BHEL) Communication Week – ‘Abhivyakti’, was inaugurated by Dr. Nalin Shinghal, CMD, BHEL, in the presence of the company’s Functional Directors, here today. Aimed at enhancing communication for bringing about better employee engagement, the program is being organised across all the units of BHEL around the country.

Addressing a cross-section of employees pan-India, Dr. Shinghal stressed on the role of timely, factual and error-free communication in developing trust, confidence and commitment amongst employees. “We need to go beyond the week and ensure effective and verifiable communication across the organisation on a sustained basis. This will ensure complete clarity about our roles and objectives and foster teamwork”, he said.

The week includes talks and interactive sessions of employees with the management, function heads, communication professionals and domain experts, in addition to contests, competitions and knowledge sharing across the company.

An online photography contest was organised by . This photo titled ‘Humayun’s Tomb- An Architectural Marvel’ clicked by Mr. Brijesh Kumar, Dy. Engineer, Heavy Electrical Equipment Plant, Haridwar, was one of the entries that received special appreciation from the judges. (1/2)
BHEL has won the prestigious award for ‘Star Performer for 2018-19 in the product group: Project Exports - Large Enterprise’ at the 51st EEPC India National Awards.

Ministry of Heavy Industries , Government of India
pays homage to on his birth anniversary.

Ministry of Heavy Industries , Government of India
An online photography contest was organised by of which ten entries were declared winners. This photo of ‘tea pluckers of Assam tea gardens, on their way back to the factory’, was clicked by Mr.Rahul Bagaria, Manager, BHEL-Power Sector- Eastern Region.
The winning entries are being shared as a series.
10/10

has provided a new frontier of procurement by streamlining of processes, leaning on data with all the analytics at one place, regulating spend management, cost savings, etc.

Other Government Organizations in Delhi (show all)