This is the official page of Wildlife Crime Control Bureau, MoEF&CC, Government of India.

On 21-02-2022, Tamil Nadu Forest Department in association with WCCB/SR conducted a #Workshop on "Nuances of Intelligence gathering, Forest Crime Detection and Protection of Forestry Resource" for the officials of #Forest Stations & Forest Protection and Vigilance Squads posted at various districts of Tamil Nadu.

Several issues related to #WildlifeCrime were covered during the session. About 40 participants in the rank of #RFO, #Forester and #ForestGuards attended the program.

Visit #WCCB_Stall at the #Expo & explore your role in saving #wildlife.

#WCCB is participating in ‘#Science & Technology #Expo.’ being held from 22nd to 28th Feb, 2022 at the Jawaharlal Nehru Stadium, Delhi.

We cordially invite you to visit #WCCB_Stall at this mega #event.

Total of 30 Alexandrine #Parakeet Chicks were seized and 02 persons were arrested.

One live #Chinese #Pangolin was seized and two persons were arrested, in a joint operation conducted by #WCCB Guwahati and Assam Forest Department near Beki River, Barpeta, Assam, on 19-02-2022.

On 16 & 17 Feb, 2022, a two-day #Capacity_Building_Training Program was organized by the WCCB/WR in partnership with Maharashtra Forest Department, at #Aurangabad, Maharashtra.

WCCB/WR organized a wildlife awareness-cum-sensitization program for members of #Panchayat Raj Institutions at Jalki Vasai Village, #Aurangabad, Maharashtra, in association with Maharashtra Forest Department, on 17-02-2022 and sensitized the villagers regarding the wildlife crime issues.

The program was attended by around 120 persons including villagers and school students. #Sarpanch, Up-Sarpanch, #Police Patil, and Zilla Parishad Teachers were also present during the program.

Wildlife Crime Control Bureau (#WCCB) organized a training program on #RTI_Act and related issues for its officials, at its Bureau headquarter in New Delhi, on 18-02-2022.

Senior Advocate and RTI Consultant Mahabir Kasana imparted training to the officials. The training program was attended by senior officials and staff members of WCCB headquarter and all regional offices.

WCCB/NR Official took a session for forest officials on #wildlife crime with special focus on illegal trade of #turtles and #tortoises through Gorakhpur, Routes and Modus Operandi of smuggling, on 17-02-2022.

The program was attended by Range Officers, Dy. Rangers and Forest Guards of #GorakhpurForestDivision.

On intelligence of WCCB/NR, STF, U.P Police arrested 03 persons at Varanasi Railway Station while they were transporting Indian #softshelled #turtles stuffed in 07 bags to West Bengal by train, on 15-02-2022.

RDD/ER, #WCCB, delivered a session on "Search & Seizure for Wildlife Cases - Procedure & Case Documents", on 15-02-2022, during a #Workshop on "Legal Issues in Forest & Wildlife" organized by Casfos Dehradun.

In a two-day long joint operation conducted by WCCB/CR in association with Chhattisgarh #Forest and #Police Department at Jagdalpur and Dantewara area of Chhattisgarh, several #wildlife articles including 19 Kg. of #Pangolin #scales, 05 #Leopard #claws and 04 #StarTortoises were seized and five persons were arrestedd, on 11 & 12 Feb, 2022.

#WCCB Siliguri conducted a joint operation in association with Forest Range Bagdogra and 8th BN SSB and seized 02 #TokayGeckos and arressted one person at Kestopur near Bagdogra, on 12-02-2022.

Ms. Tilotama Varma, Additional Director of #WCCB, took a session on 'Insight into Wildlife Related Offence', during a two-day online training course on `Role of Judiciary in Forest & Wildlife' for Judges/Magistrates of District & Subordinate Courts, organized by Central Academy for State Forest Service (Casfos Dehradun), on 10-02-2022.

#WCCB Official gave a presentation on “Wildlife Contrabands in Trade and Wildlife Trafficking on Physical & Digital Landscape” and RDD/NR talked about Phenomenon of wildlife crime & related aspects, during the program.

More than 55 college students and faculty members attended the programme.

Rescuing the species is just half the job done. Once seized, the real challenge is to successfully rehabilitate them back in nature.

#WCCB has released a #video ‘Fight for Flight’ on rescue and release of #birds. The video peeps into active role being played by WCCB in rescuing birds from illegals markets throughout the country and freeing them into the open sky to fly high...!!

Rescuing the species is just half the job done. Once seized, it is a challenge to tend to the chicks and juveniles and to successfully rehabilitate them back...

In a major joint operation conducted by #WCCB Guwahati in association with Assam Police, and Forest Departments of Assam and Arunachal Pradesh several #wildlife contrabands including 01 Royal Bengal Tiger #Skin, 04 Tiger #Canine, 18 Tiger #Nails, and #Tiger #bones with #skull (weighing 14.4 kg.) were seized and 03 persons were arrested, from #Banderdewa area of Assam, on 08-02-2022.

#WCCB Guwahati conducted a joint operation with Digboi Forest Division and seized 6.3 kg. of #Pangolin_scales from the possession of 03 persons arrested at Makum area of #Tinsukia, Assam, on 07-02-2022.

Over 100 Officials including Constables, Sub-Inspectors & Inspectors participated in the program and attended sessions on ‘Wildlife crime scenario, Illegal wildlife trade, Role of #WCCB & CISF in prevention of wildlife crimes, and identification of Wildlife contrabands’.

In a major joint operation conducted by Wildlife Crime Control Bureau in association with STF Uttar Pradesh, a total of 1878 live #flapshell #turtles, stuffed in 49 gunny bags, were seized from a truck and two persons were arrested from #Kanpur in the wee hours of 06-02-2022.

40 Officers in the rank of #ACF and #RangeOfficers participated in the programme and attended sessions on investigation, digital forensics, identification, laws, modus-operandi & DNA forensics.

Connect with us on this Indian micro-blogging platform for updates.

To read, visit WCCB Webpage or click below @ http://wccb.gov.in/Content/Newsletter.aspx

More than 80 persons including Sarpanch (Village Heads), Advocates, Academicians and Bishnoi #Community members from many States attended the programme.

Various aspects of #wildlife crime and importance of community participation in fighting the menace of wildlife crime was discussed in a very interactive manner. A presentation on “wildlife contrabands in trade” was also given by #WCCB, during the program.

#Wetlands are critical to human and planet life. Please protect them for a sustainable future and productive ecosystems.

Be the first to know and let us send you an email when Wildlife Crime Control Bureau, Government of India posts news and promotions. Your email address will not be used for any other purpose, and you can unsubscribe at any time. 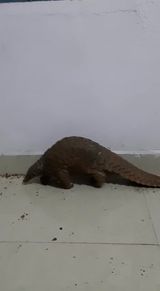 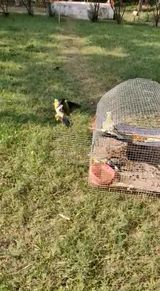 Green Pigeons released back into wild

Parakeets released back into nature

Other Government Organizations in New Delhi