Wrapping up a great trip to Northern California. After meeting with dozens of great students and counselors, ended with a tour of this iconic Coast Guard station.

Thank you Humboldt county for your enthusiasm and positive energy!

We had the opportunity to host potential Coast Guard members last week at Coast Guard Island. They learned about our missions, saw a search and rescue demonstration and talked to other Coast Guard members. What a great time!
.
.
.
#uscg #coastguard #missions #uscgjourney #alameda #california #searchandrescue #k9 #lawenforcement #maritime

Recently, several members interested in joining the Coast Guard received a tour of Sector San Francisco. They were able to learn about our missions, tour our boats and talk to Coast Guard members about their jobs.

“Boot camp was difficult, but I knew it was training me for the real Coast Guard. So I kept pushing everyday,” said Brian, stationed aboard the Coast Guard Cutter Shinnecock in New York.

Kaitlin says she feels so accomplished! “I loved my company. I got to perform in ceremonial drill and be part of the art crew. I am glad I joined and I’m so excited to report to my new unit!” She is stationed back here in California at Station Santa Barbara.
.
.
.
#graduation #graduate #seniors #bootcamp #military #militarylife #newyork #santabarbara #california #bayarea #uscgjourney #highschool #

These are photos of what crews at U.S. Coast Guard Air Station San Francisco do every day when they aren’t out conducting a mission.

Maintenance on these #helicopters is as important as the missions they perform across the Bay Area.

Our crews received training after boot camp and chose to do the job they are doing now.

Thank you for inviting us to the “Stay in the bay for 100k” event. An annual event held by the San Mateo Union High School District.

We were able to highlight local Bay Area Coast Guard units and reserve opportunities for many students looking for new experiences close to home.

Holloway was a collegiate swimmer in #Hawaii before joining the Coast Guard to become a rescue swimmer. After graduating boot camp he trained through the swimmer prep program to better ready himself to pass Aviation Survival Technician "A" School.

One of our missions in the Coast Guard is to protect our ocean environment and the marine life.

In February 2021, parts of Texas experienced a record freeze. A part of the damage was a mass displacement of sea turtles along the Gulf Coast. The combined efforts of our members and the Texas State Aquarium resulted in rescue and release of of over 300 sea turtles!

So awesome! 👏 Congrats to SN Eric Imhof for graduating our DEPOT class! Imhof was prior Air Force and left to be a maritime enforcement specialist for the Coast Guard.

DEPOT is for our reserve and prior service folks and instead of going for 8 weeks to boot camp they go for three.
.
.
.
#uscgjourney #coastguard #uscg #depot #priorservice #airforce #serve #maritimeenforcement #lawenforcement

We consider all our U.S. Coast Guard K-9's to be puppies even in old(er) age!

Here are some photos of our #puppies working in the Bay Area.

It was a beautiful day for a Military Fair at Granada High School in Livermore!

The students and staff learned more about opportunities the various branches offer. Drop a comment if you came to say hi 👋🏻

Looking forward to returning to the school in the future ☀️ ⚓️

It’s a beautiful day to be learning all about the Coast Guard @terralindahigh . Come say hi 👋 and get some Coast Guard swag from one of our friendly recruiters!

Hang in there! It’s almost the weekend.

It’s common for Coast Guard members to use the experience and relationship building the Coast Guard offers to achieve their dream job of working with a different agency. We also have multiple members from other agencies that work part time for the Coast Guard.

Attendees were introduced, presentations and discussions were had regarding search and rescue, and Sonoma Sheriff helicopter crews put on a hoisting demonstration! 🚁

Coast Guard Culinary Specialists were invited to showcase our culinary talents to over 150 students with a demo consisting of: homemade tortillas, grilled flank steak with chimcurri!

Let us know if you want the CG to come out and demo at your school! 🏫

US Coast Guard Air Station Sacramento hosted our applicants, gave them a tour, showed them our assets and provided an overview of aviation missions completed by the Coast Guard. 🚁

Whether you want a career on the land, air or sea, there’s a certainty the Coast Guard has what you’re looking for!

If you are ever interested in a tour of one of our air stations, cutters, small boats or bases please let one of our recruiters know!

Big thanks to our recruiters for facilitating and to all the airedales at Air Station Sacramento for having us out today!

Hern received orders to Coast Guard Station Washington after graduating boot camp. Station Washington works alongside a multitude of Federal, State, and Local Law Enforcement Agencies to detect, deter and defend against terrorist attacks in the waters around our Nation's Capital in addition to the traditional roles a Coast Guard unit has.

What a great day to hang out with our local Sea Cadets in Petaluma! ⚓️

#TGIF , what are your weekend plans?

Before the students @tracyhighbulldogs can leave for the week, they have the opportunity to talk to us at their career fair.

If you are interested in learning about Coast Guard opportunities, feel free to come by and say hello! 👋

I spy 👀 a career unlike any other!

When you join the Coast Guard, we will provide free training, a free education and on hands experience. No student loans! The Coast Guard be your stepping stone for a career.

🚁 Would your teacher look this cool in a CG aviation helmet? 🚁

Be the first to know and let us send you an email when Go Coast Guard San Francisco posts news and promotions. Your email address will not be used for any other purpose, and you can unsubscribe at any time. 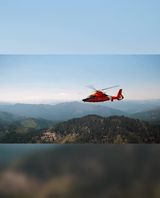 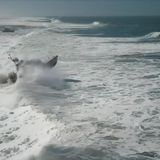 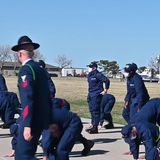 Captain Marie Byrd discusses the Coast Guard’s role in Maritime Commerce in the San Francisco Bay Area! 🎥: PO2 Brandon Giles Released by CPO Brandyn Hill . Please contact us if you would like to learn how you can become a part of Team Coast Guard! 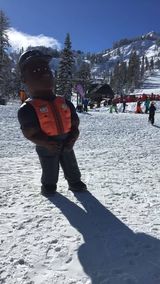 Coastie Jane and Joe appeared in the Alameda 4th of July parade and even took second place for the float! 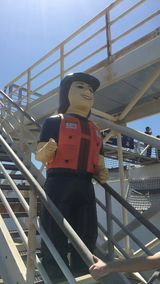 Other Government Organizations in Alameda