The Kiwanis Club of Vulcan was established April 4, 1980. Since inception, we have been committed to serving the Birmingham, AL community.

They Kiwanis Club of Vulcan is excited to welcome Judicial candidate Kandice Pickett as our noon speaker May 3rd, 2022.

For almost 15 years, Kandice has served the State of Alabama as a deputy district attorney. She is currently a deputy district attorney in the Jefferson County District Attorney's Office-Birmingham serving under the elected District Attorney, Danny Carr. Kandice has tried before a jury and litigated a variety of cases ranging from misdemeanor appeals to drug offenses, property crimes and violent felonies. Kandice has advised and trained law enforcement on search and seizure law, trial preparation and case investigation and has provided criminal law updates to attorneys and judges within the state of Alabama. She also speaks regularly to college and law school students as well as community groups.

Ms. Pickett has served as a narcotic prosecutor, where she helped coordinate a drug diversion program. She has also served as a special prosecutor assigned to the Prescott House Child Advocacy Center here in Birmingham where she helped children who were victims of or witnesses to violent crimes and their families. Currently, Kandice is a senior trial attorney in the courtroom of Judge Teresa Pulliam.

If you are interested in attending our Zoom, please send us a direct message for information.

On Monday, the Kiwanis Club of Vulcan hosted our 24th Annual Golf Classic. The funds raised with our golf tournament go towards scholarships, and support of our youth sponsored organizations. This one was extremely special because it was the first golf tournament we’ve had since the pandemic began. Thanks to our generous sponsors and patrons, this was also the highest grossing golf tournament we’ve had in over a decade! Thank you so much to all who contributed to making this occasion historic, and we look forward to having you back next year!

We would like to thank King Acura for serving as a Sponsor in the Kiwanis Club of Vulcan Golf Classic! Thank you King Acura for your investment in the development of our youth in the Birmingham Metro area.

We would like to thank Spire for serving as a Sponsor in the Kiwanis Club of Vulcan Golf Classic! Thank you to Spire Energy for your investment in the development of our youth in the Birmingham Metro area.

We would like to thank for serving as a Sponsor in the Kiwanis Club of Vulcan Golf Classic! Thank you to The Approach Forward for your investment in the development of our youth in the Birmingham Metro area.

We would like to thank Baker Donelson for serving as a Sponsor in the Kiwanis Club of Vulcan Golf Classic! Thank you to the Law Firm Baker Donelson for your investment in the development of our youth in the Birmingham Metro area.

We would like to thank Leah Wiggins Agency of Farmers Insurance for serving as a Sponsor in the Kiwanis Club of Vulcan Golf Classic! Thank you to the Leag Wiggins Agency for your investment in the development of our youth in the Birmingham Metro area.

We would like to thank BHM Law Group, LLC for serving as a Sponsor in the Kiwanis Club of Vulcan Golf Classic! Thank you BHM Law Group for your investment in the development of our youth in the Birmingham Metro area. 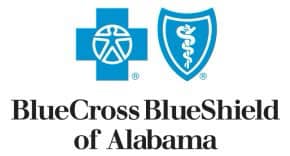 We would like to thank The Law office of Rodney Davis for serving as a Sponsor in the Kiwanis Club of Vulcan Golf Classic! Thank you Rodney Davis for your investment in the development of our youth in the Birmingham Metro area.

We would like to officially welcome two new members to the Kiwanis Club of Vulcan. We are so glad to have them, and look forward to working with them more to positively impact the Birmingham community!

They Kiwanis Club of Vulcan is excited to welcome DIstrict Attorney Lynneice Washington as our noon speaker April 5th, 2022.

DISTRICT ATTORNEY, LYNNEICE O. WASHINGTON BIOSKETCH
Lynneice O. Washington is a resident of Bessemer, Alabama and serves as the District Attorney for the Tenth Judicial Circuit of Jefferson County, Bessemer Cutoff Division. She was formerly employed as a Prosecuting Attorney with the Bessemer District Attorney’s Office, and worked with the Bessemer DA’s Office from February 2002 until February 2010, when she resigned her position to run as a candidate for District Judge.
Prior to becoming an Assistant District Attorney in 2002, DA Washington was a solo practitioner in the general practice of law. Her practice focused mainly on domestic relations (divorce and child custody), family law (child support, juvenile delinquency, criminal defense (state and federal), personal injury, and probate law. She opened her office and began her full-time legal career in January 1997 after being admitted to the Alabama State Bar in September 1996.
She’s a 1995 Cum Laude graduate of Miles Law School; received her BS degree from Auburn University at Montgomery in December 1990; and, is a product of the Birmingham Public School System, where she graduated from A.H. Parker High School in 1986.
During her run for District Judge in 2010 and at the height of her campaign, Lynneice was diagnosed with breast cancer in August 2010. She was diagnosed three days after her husband left for Iraq as a Defense Contractor. On September 10, 2010, she underwent surgery, but still continued actively campaigning after 1 1⁄2 weeks of recovery from surgery. A small supportive group of friends and family, who were aware of her plight, rallied around her and supported her journey as a cancer survivor, and with the campaign. After her close, but unsuccessful, run for judgeship, she was appointed as judge by the Bessemer City Council. During such time she received several weeks of chemotherapy immediately followed by several weeks of radiation. Although she lost her hair, experienced some residual sickness from chemotherapy; she championed forward never losing her focus, faith or drive. As a breast cancer survivor, DA Washington participates on a number of panels and discussions each year to spread information concerning cancer prevention and awareness.
DA Washington’s judicial appointment on February 15, 2011 by the Bessemer City Council led to her appointment as presiding judge over the Bessemer Municipal Court. Additionally, she had an active law practice; served as appellate prosecutor for Irondale Municipal Court as well as a hearing officer for the Jefferson County Personnel Board.
Throughout her legal career, DA Washington has served in a number of legal and civic organizations. She’s member of the Bessemer Bar Association; member of the Metropolitan Criminal Justice Executive Association; member of the National Black Prosecutors Association; Executive Board member of Crime Stoppers; member of NOBLE (National Organization of Black Law Enforcement Executives); Board member of VOCAL (Victims of Crime and Leniency); Board Member of the ADAA Foundation, Inc. (Alabama District Attorney’s Association); serves as Advisory Board Member with Brenda’s Brown Bosom Buddies (BBBB), a cancer awareness organization; member and Past President of the Bessemer Rotary Club; serves as a mentor with

the P.I.N.K. Program which is an extension of the Bessemer Business Professional Women’s Organization, and other organizations.
In her capacity as District Attorney, DA Washington has launched several programs and community events. In 2017 she launched the first DA formed Task Force that she named Operation Python. The Task Force is a collaboration of various law enforcement agencies (federal state and local) working together to aggressively address violent crime within neighborhoods and communities. She is also credited with starting various units and programs within her office – specifically, the Cold Case Unit, Victim’s Service Unit, West Jefferson Helping Families Initiative and most recently, the Conviction Integrity Unit (CIU) where claims of wrongful convictions are reviewed by her office and brought before the court for proper redress. DA Washington has assisted those seeking employment with marred criminal background by conducting the West Jefferson Second Chance Job Hiring Fair. She also hosts a candlelight vigil every year during National Crime Victims’ Rights Week to empower families of violent crime with crime preventive information and referrals for grief counseling. Recently, in her role of assuring public safety and reducing the spread of COVID, DA Washington conducted a Vaccination Drive-Thru providing resourceful information and vaccination for the community.
DA Washington has been presented and honored with many accolades for her servant leadership – to name a few: 2018 VOCAL (Voices of Crime and Leniency) award for Prosecutor of the Year; 2019 Boy Scouts recognition for “Heart of an Eagle” award; 2018 NOBLE (National Organization of Black Law Enforcement Executives) Distinguished Service recognition, “Significant Contributions in the Community award”; 2018 Delta Sigma Theta Sorority Inc. award recognition as speaker for the Servant Leadership Social Action Luncheon; 2017 Rainbow PUSH Coalition recognition, Crusaders for Justice Award for Excellent Service in the Community; 2017 SCLC Martin Luther King Keepers of the Dream Award.
The 2016 election year historically defines DA Washington as the First Black Woman to be elected as District Attorney in the State of Alabama as well as first Black woman to be elected as District Attorney in Jefferson County. In her elected role as Chief Law Enforcement Officer for Jefferson County Bessemer Cutoff, DA Washington has indeed shattered the proverbial glass ceiling overcoming racial and gender barriers that have existed since the inception of our state.
Giving Thanks to God and recognizing that she is here due to so many others who gave the ultimate sacrifice fighting for liberties that we all now enjoy, she stands on those shoulders who have paved her way. She states, "I may be the first to hold this Position, but am merely the first of many to follow".
In addition to her legal and civic duties, DA Washington is a wife, mother and Christian. She and her family are members of New Bethlehem Baptist Church.
DA Washington is married to Jude Washington, and together they share four children – one son and three daughters.

If you are interested in attending our Zoom, please direct message for information.

Be the first to know and let us send you an email when Kiwanis Club of Vulcan posts news and promotions. Your email address will not be used for any other purpose, and you can unsubscribe at any time.

Send a message to Kiwanis Club of Vulcan: 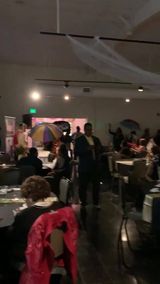 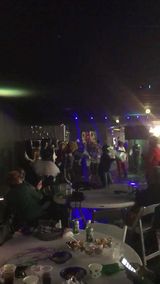 Other Public & Government Services in Birmingham (show all)