Visit the Animals at These U.S. Zoos and Aquariums Live from Your Sofa During Social Distancing

Visit the Animals at These U.S. Zoos and Aquariums Live from Your Sofa During Social Distancing

What better way to de-stress than watching giraffes peacefully munch on some leaves or a family of apes swing around on their jungle gym?

No matter if you enjoy taking or just watching images of space, NASA has a treat for you. They have made their entire collection of images, sounds, and video available and publicly searchable online. It’s 140,000 photos and other resources available for you to see, or even download and use it any ...

The depths & elevations of the Great Lakes. It's fascinating to see how they make it to the Atlantic!

Tonight’s Ship 1 meeting has been cancelled due to Mother Nature throwing a tantrum.
Enjoy your snow day!

A field team from Maryland-National Capital Park and Planning Commission’s Dinosaur Park made some amazing discoveries of Late Mississippian shark fossils inside Mammoth Cave! The Mammoth Cave National Park Fossil Shark Research Project has already documented over 100 individual specimens of sharks from inside the cave system! Their findings even included parts of a large shark head. Based on what they see exposed in the cave wall there is a lower jaw, indeterminate cranial cartilages, and several teeth to a shark approximately the size of a living Great White Shark.

Shark teeth are made of bone and enamel which does preserve well, but shark skeletons are extremely rare because cartilage doesn't always preserve in the fossil record. The preservation of these shark fossils is superb. Because the cave is not exposed to external elements such as rain, snow, and wind, the rate of erosion of the limestone in the cave is slow so fossils tend to be very detailed and mostly intact.

Mammoth Cave National Park proudly protects and preserves important and fragile non-renewable resources such as these shark fossils for the benefit of science and public education. For more information about the NPS Fossil and Paleontology program visit the park service website: https://www.nps.gov/subjects/fossils/index.htm

Ship 1 will NOT be meeting tonight. If you have not yet paid your annual dues to either Tom or Tony Please contact one of them ASAP! If you are unsure call!!!

Hey crew, tonight's meeting has been cancelled. Enjoy the long weekend, and look for an email from the Skipper about Kayaking on the 20th of the month! 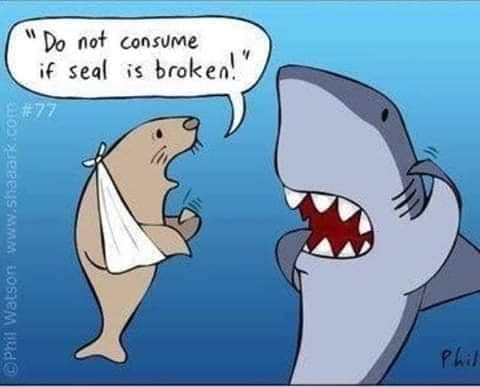 On This Day in History - September 6, 1622: The 1622 Fleet sank off the coast of Key West, FL in a hurricane. The Nuestra Senora de Atocha and the Santa Margarita were loaded with silver coins, gold coins, period and earlier amazing Spanish objects and wares, exquisite jewelry sets with precious stones, gold chains, disks and a variety of armaments.

The Tierra Firme and Guard ships, 28 vessels in all, departed from Havana on September 4, in route to Spain. On September 5, the fleets were overtaken by a rapidly-moving hurricane. As dawn streaked the horizon, it brought dread to the more experienced sailors. The gale force winds, rising out of the northeast, quickly increased. The gusts raked the surface of the northward-flowing Gulf Stream, piling up huge seas in front of the ships. Aboard the Atocha, the chief pilot lit a lantern as clouds and rain blackened the sky. Ahead, the lead galleons were already out of sight. The merchant ships sailing close by the almiranta were themselves hidden by rain as the storm swept by. Crewmen scrambled into the rigging to take in sail. As they hung from this fragile rope spider’s web high above the deck, the ends of the yard arms dipped into the ocean as the ship rolled violently. Frothing green water roared across the deck. Just before darkness, a veil of spray closed around the seasick passengers and crew of the Atocha. They watched in horror as the tiny Nuestra Senora de la Consolacion, wallowing in the mammoth seas, simply capsized and disappeared.

That night, the wind shifted, coming out of the south. The hurricane now hurled the fleet north toward the Florida reef line. Before daylight, the Marquis’ ship-the Candeleria-and 20 other vessels passed to the west of a group of rocky islands, the Dry Tortugas. Beyond the reefs of the Straits of Florida, they rode out the winds in the safe, deep waters of the Gulf of Mexico. Behind them, they’d left several small merchant vessels on the bottom in deep water. At least four ships, including the Atocha and Santa Margarita, were swept headlong into the Florida Keys. Near a low-lying atoll fringed with mangroves, 15-foot rollers carried the Margarita across the reef, grounding her in the shallows beyond. As she crossed the reef, her commander, Captain Bernardino de Lugo, looked to the east. There he saw the Atocha.

With crew and passengers huddled, praying below deck, the Atocha approached the line of reefs dividing safe, deep water from certain death. The frenzied crew dropped anchors into the reef face, hoping to hold the groaning, creaking galleon off the jagged coral. A wave lifted the ship, and, in the next instant, flung it down directly onto the reef. The main mast snapped as the huge seas washed Atocha off the reef and beyond, trailing her broken mast. Water poured through a gaping hole in the bow, quickly filling the hull with water. The great ship slipped beneath the surface, finding bottom 55 feet below; only the stump of the mizzenmast broke the waves. Of the 265 persons aboard, 260 drowned. Three crewmen and two slaves clung to the mast until they were rescued the next morning by a launch from another fleet ship, the Santa Cruz.

Read More about the 1622 Fleet:
https://www.melfisher.com/Library/AtochaMargStory.asp

Today is the day! Help us strike out plastic at the ballpark! Come watch the Buffalo Bisons take on the Pawtucket Red Sox and pledge to #skipthestraw. See you at Sahlen Field at 1pm!

Great Lakes Shipwrecks Like You've Never Seen Them Before

There are scores of shipwrecks in the Great Lakes that scuba divers can explore, but these photos present them in a new light.

Kids with special needs are not weird or odd. They only want what everyone else wants. To be accepted. Share proudly on your wall to show...

Learning how sail direction can be changed...
A big thank you to the staff & crew of the St. Lawrence II!! You were awesome!!

What an awesome day to learn about rigging, Sexton use, changing sail direction.....

Ship 1 is honored to have been an es**rt for the Tall Ships Parade !

In the face of ever-increasing ocean pollution, the hashtag #IsThisYours attempts to hold companies accountable for their plastic production.

Today is a historic day for Sea Scout Ship 1, Squadron 380, & the Greater Niagara Frontier Council!!
Nate Burgin had his Quartermaster Bridge of Honor today.
The first Quartermaster in Buffalo in 36 years, and the first person ever in this council to hold both honors of Quartermaster and Eagle Scout!
Way to go Nate!!!
Congratulations!!

Every beach/ reef/ waterway you’re on- pick up 3 pieces of trash... imagine the impact if everyone did this!!🧜🏻‍♀️🧜‍♂️🌴❤️😎

As some rumours swirl around the internet that there will be more plastic than fish by 2050, there are also some great stories about local recycling, like this one about…

For those that ask what jobs are out there for divers & instructors..... add this to the list!

A team of six safety divers ensure every performer is safe during the water-based Cirque du Soleil show O.

This guy used his PhD degree to clean his childhood lake.

Here is the amazing story of how he did it.

You can follow his progress at Marino Morikawa, PhD. Thank you so much Marino for this awesome opportunity and I wish you the best of luck in your endeavours!

A big shout out to Nate Burgin on his 21st BIRTHDAY!!!
Thank you for your dedication to Sea Scouts, and for being an excellent Bosun!!

Each year, half a million horseshoe crabs are captured and bled alive to create an unparalleled biomedical technology.

Nearly 110,000 neckerchief sliders, produced by the Boy Scouts of America, have been recalled over lead concerns, according to federal officials.

As divers submerged in Lake Travis Sunday for the annual lake cleanup, among them was a group of Girl Scouts. Troop 40348, which now boasts eleven members, holds the title of being the first scuba Girl Scout troop.

A navy sub crashed into an underwater mountain and what that told us is we know less about the bottom of the ocean than we do about the topography of Mars. Now some scientists have taken it upon themselves to change this.

Congratulations to to Alex Vanderlip & his mom Mylene on completion of a BSA Try Scuba!! They did a great job and had a good time!!!
Congratulations to Nate Burgin, on successfully completing the annual swim & rescue skills!

Be the first to know and let us send you an email when Sea Scout Ship 1 Squadron 380 Buffalo NY posts news and promotions. Your email address will not be used for any other purpose, and you can unsubscribe at any time.

Learning how sail direction can be changed... A big thank you to the staff & crew of the St. Lawrence II!! You were awesome!!

Other Public & Government Services in Buffalo

You are invited to a Sea Scout "Joining Event" Sunday, September 27, 1 to 3 o'clock at Erie Basin Marina H Dock, 329 Erie Street, Buffalom NY 14202. RSVP Gayle 716-364-8219. Also check this out on Facebook Sea Scouts Ship 1 Buffalo, NY or for more information, visit SeaScouts.org
Trying to understand why your Sea Scout Ship 1 has not used the Kelly Meg sailboat for the training it was donated to augment. Mr Nowak was very pleased to accept the donation claiming it was just the right size for smaller crews. What happened? A brand new engine, new sails, bilge pump and radio. She has a full winter cover (which was not used last winter) and a tandem axel trailer.