Our Mission: To promote and protect the interests of African American business and professional women; to serve as advisors for young people seeking to enter business and the professions; to improve the quality of life in our local and global communities,

If you missed the interview, watch it now. One of our own, The talented Anthony Anderson.

Anthony Anderson did not have an easy childhood, but he did discover his passions at an early age. In this week’s Sunday Closer, NBC’s Kerry Sanders meets th...

Come and support some of our local youth. Purchase your tickets while you can, proceeds will be use to provide scholarships to our contestants.

Celebrating the life and legacy of MLK!

What a beautiful day it was!! ❤❤ The outreach committee as well as members of NOVABPW collected gifts for the residents at Carried To Full Term and was able to provide each resident and the children with gifts for Christmas. Thank you so much to everyone who helped us make Christmas special for these mothers and there children!

From our family to yours! #familyiseverything

Happy Birthday to all the November Sisters!!🎉🎉🍨🍨

History has been made!! Vice President Elect Kamala Harris is the first woman in office. #hbcugrad

We had a great time at the virtual paint party with our Beta Psi members of NOVA BPW. Look at the beautiful painting from each member of the club. Thank you to our host Danielle! 🖼🎨🖌💯💯

Black women in the workplace 👩🏽‍💻👩🏽‍💼👩🏽‍⚖️🧑🏽‍✈️👩🏾‍🏫👩🏽‍🏭👩🏽‍⚕️👮🏾👷🏽‍♀️👩🏽‍🦱#Repost @naturbanleague with @make_repost
・・・
🙎🏾‍♀️What is it like for #blackwomen at work during this pandemic? According to the most recent #WomenInTheWorkplace annual report, Black women:
🚫get less support from managers,
🚫are less likely to have strong allies
🚫are more likely to feel like they can’t bring their whole selves to work.

Black women already faced more barriers than most other groups of employees. Now they’re also coping with the disproportionate impact
of Covid-19 on Black communities and the emotional toll of heightened focus on racial violence.

This annual report is a joint effort of @leaninorg and McKinsey & Company. Read the full report at womenintheworkplace.com.

🗣Be counted!! #Repost @naturbanleague with @make_repost
・・・
Take 🔟! Take 10 minutes today to get counted in the Census. We are counting on you to get our fair share of federal funding, representation and resources.

Visit MakeBlackCount.org to get counted!

Remembering the life of Justice Ruth Bader Ginsburg. Our nation has lost a great leader, cultural and feminist icon. She will missed. #RIH

The NOVA BPW Outreach Committee in response to COVID-19 had masks made for non-medical staff at Northern Virginia nursing homes. A special THANK YOU to the angel that made the masks. #NOVABPW #support

“REGISTRATION is now open for our highly anticipated #NANBPWC 2020 Tech Institute! This Institute is bringing to you tech tools and strategies to increase your marketability and personal brand. LIMITED SPACE! More info: https://t.co/ZB8yqExGxE #LETInstitute”

We at the #NANBPWC are proud to honor the accomplishments of women across the globe! Celebrate #WomensHistoryMonth with us! #BPWOurHistory #MovingForwardWithAPurpose #Since1935

Be the first to know and let us send you an email when Northern Virginia Business and Professional Women’s Club, Novabpw posts news and promotions. Your email address will not be used for any other purpose, and you can unsubscribe at any time.

It’s convention week! Vote Sherelle Carper as your next NANBPWC Inc President. The MVP - Most Valuable President! Please show your support by sharing this video. We can do this! Sherelle Carper for President #StrategicallyFIT #novabpw #nanbpwc 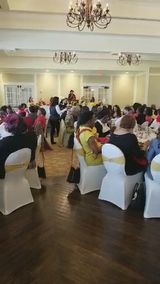 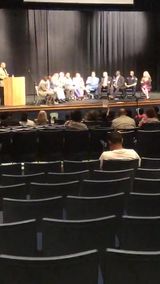 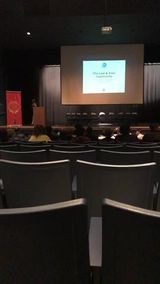 The late Emma Odessa Young, a realtor from New York City and a member of the New York Club of Business and Professional Women, conceived the idea of a national organization of business and professional women in 1934. Unfortunately, Mrs. Young became an invalid and never sought to head the organization. Although an invalid, Mrs. Young’s mind was alert and her interest keen. She was satisfied to witness the progress of the organization before her passing in 1944.

In July of 1935, Mrs. Ollie Chinn Porter, president of the New York Club, extended an invitation to local clubs, organized as Business and Professional Women’s Clubs, to join and form a national organization.

In July of 1935, Mrs. Ollie Chinn Porter, president of the New York Club, extended an invitation to local clubs, organized as Business and Professional Women’s Clubs, to join and form a national organization.

Our History After a year of meetings, the first convention was held in Atlantic City, New Jersey on July 9-11, 1936, at the Asbury Methodist Episcopal Church on Artic Avenue. Elected as the first national president was Mrs. Ollie Chinn Porter. The aim of this newly formed national organization was then, as it is today, to attract women of high caliber to organize similar clubs within their communities. Facing the realities of the times, their daring and inspiring goals were to share their experiences and exchange information; to protect their interest and to encourage and develop opportunities for black women in businesses and professions.

During this time in our history, black people were called “Negroes”. Very few had businesses or professions. Many were still deep in the throes of the depression. The fact that these black women had the courage to found such an optimistic organization is astounding and a lasting testimony to their faith in themselves, our people, and the future.

The Founders were owners, managers, college graduates, and other professionally licensed women, who had managed to realize some measure of personal success, at a time when there was not a national movement to improve the lot of black Americans; where there was no black capitalism program, nor any black studies curricula. Still, these women felt prepared to offer leadership.

Over the years, NANBPWC, Inc. has grown in numbers and scope, conducting many needed community service activities that go far beyond the original purpose. Women have come a long way and so has NANBPWC, Inc

Other Public & Government Services in Centreville

It was a pleasure to keynote the Northern Virginia Business and Professional Women’s Club, Novabpw 5th Annual Women’s History Awards Program. Black women are providing healing and promoting hope in every community and it was wonderful to recognize NOVA leaders impacting their communities.
Specialisterne USA is recruiting neurodiverse individuals on behalf of Booz Allen Hamilton for several roles in Herndon and McLean, VA! We are a non profit that partners with employers to create more inclusive and neurodiverse workplaces. Do you identify as autistic or with another form of neurodivergence (or know someone who does)? Looking to start a meaningful career? Booz Allen Hamilton was recognized by Forbes as a Best Employer for Diversity in 2020! Role areas include HR, Logistics, and Auditing. These roles are temporarily remote due to COVID-19. The deadline to apply is July 23, 2021. To learn more and apply visit: https://www.us.specialisterne.com/opportunities/
We continue to have so much to be thankful for at HealthWorks! This week's #ThankYouThursday goes to Northern Virginia Business and Professional Women’s Club, Novabpw for the incredible donation of children's books for our Reach Out and Read program. Thank you to the entire group for their time and resources collecting and donating the books for our pediatric patients. ❤
We continue to recognize our supporters. Thank you again to the Northern Virginia Business and Professional Women’s Club, Novabpw for giving to Carried To Full Term families this Christmas season!
Business Owners in Northern Virginia- I'm living and working in Northern Virginia as well. HealthCare plan Costs are crushing your bottom line. We typically save businesses 20-40% (no guarantee of course on specifics) on healthcare benefit plans with 0 deductibles, low monthly costs and yet incredible benefit plans using America's largest PPO network (we include vision, dental, pharmacy). Compliant and regulated by Federal ERISA laws, ACA (affordable care act/ obamacare) and IRS regs. Right now my group is offering a FREE no-obligation consultation call to Burke businesses to help you start saving with our modern, robust, flexible innovative plans. First, get a FREE online auto-quote. Message me or check out my website - you've nothing to lose and potentially a significant amount of money to save.
Well, well, well! What a wonderful surprise! I met Ms. Darnell this morning at the Farmers Market in One Loudoun. 🤗
https://www.eventbrite.com/e/nova-bpw-womens-history-gala-tickets-88889355455?aff=ebdssbdestsearch
2019 Vocal Arts Competition for Emerging Artists-November 2
L👀king good! Northern Virginia Business and Professional Women’s Club, Novabpw Each one, teach one. Do you know of a non-profit that could use a capacity building grant? Learn more at dctv.org/grants