The F.O.P. Illinois Peace Officers Lodge #10 is made up of current and retired Police Officers, Sergeants and Lieutenants from the University of Illinois at Chicago Police Department.
(3)

Fill this out and pass it on. We need your support.

Here we go again!! Join us For our 5th Annual Golf Outing!!

It is with a heavy heart that we announce the passing of Retiree Mike Lee.

More detail will follow as they become available. We send our Deepest Condolences to the Lee family.

To: Sgt. Monika Staeva, Sgt. Jonathan Officer and P.O. Manny Colon.... THANK YOU for being a part of the UIC Police Department!! You have been an asset to the department, Great officers to the community and above all, Amazing Friends to us all!! We wish you the best and may success be with you always.

Congratulation to Sgt. Jerry Jenkot on his Retirement from the UIC Police Department! We wish you and your family the best of retirement.

Congratulations to Sgt. DeAnda and Sgt. Bermudez on their promotion to Sergeants!!

We will be collecting FOP Dues through Mid-October. Dues are still $40 and cover on full year.

Welcome to our new Police Officers!

UICPD's own Aaron Murauskas representing us well in Viila Park.

UICPD's own Aaron Murauskas representing us well in Viila Park.

Congratulations and happy retirement to George Holtschlag. Thank you for your years of dedicated service to the UIC Police Sergeants and Lieutenants as our FOP Attorney/Field Rep. You always provided us the proper guidance and led the the charge as we fought the good fight during our contract negotiations and grievances. Good Luck!!!

Our raffle winners are:

The total amount for the 50/50 raffle was $1,600. The three winning tickets were pulled today and are:

The raffle will be held on 15 January 2014. We still have a few tickets to sell so if you want to better your chances buy some more.

Congratulations on your retirement Val!!!

The members of FOP Lodge #10, will always remember.

On behalf of the UIC Police Department and all of the members of FOP Lodge #10, we'd like to congratulate former UIC Police Sergeant & former FOP Lodge #10 President Thomas Phillips on his new position as the new NIU Chief of Police.

Northern Illinois University named a new police chief today as it continues efforts to move beyond the turmoil in the campus police department last school year.

ATTENTION UIC POLICE: Lodge members are establishing a bereavement fund to show support for all of our departmental members during their period of mourning. Flowers or an appropriate gift will be sent to the wake or funeral of the family member of any UIC Police Departmental member (Civil Service Police, Command Staff, telecommunications and Security Guards).

The tickets are only $1, so the more you buy the better your chances are of winning. He winning ticket numbers will be posted in the station and on this page.

State Police say Trooper James Sauter was killed in the crash on the Tri-State tollway overnight. This picture is from the State Police website. Sauter was 28.

Hats off to the Bargaining team! The University of Illinois (Chicago) Sergeants and Lieutenants recently settled a five (5) year contract, through Arbitration.

With the start of the new year underway I am happy to report that Illinois Peace Officers Lodge #10 has seen a resurgence in its membership. I'd like to thank the people who have reinstated their memberships, welcome our first time members and I patiently wait for the rest of the police officers and police supervisors of UIC Police Department to see the benefit of membership in our lodge.

For years the lodge has sat dormant losing members year after year, even as the department has grown larger than it has ever been. We've dwindled in size not because of anything one person has done or because of a poor executive board, but because collectively over the years we've lost site of why we are here. We've lost site of our purpose, but most importantly we've lost the vision of our mission:

"To support and defend the Constitution of the United States; to inculcate loyalty and allegiance to the United States of America; to promote and foster the enforcement of law and order; to improve the individual and collective proficiency of our members in the performance of their duties; to encourage fraternal, educational, charitable and social activities among law enforcement officers; to advocate and strive for uniform application of the civil service merit system for appointment and promotion; to support the improvement of the standard of living and working conditions of the law enforcement profession through every legal and ethical means available; to create and maintain tradition of esprit de corps insuring fidelity to duty under all conditions and circumstances; to cultivate a spirit of fraternalism and mutual helpfulness among our members and the people we serve; to increase the efficiency of the law enforcement profession and thus more firmly to establish the confidence of the public in the service dedicated to the protection of life and property."

As an FOP Lodge this is our mission.

As a member of Illinois Peace Officers Lodge #10 this is not only your mission, this your purpose and this is the reason why we are here.

This has been a tumultuous year for the supervisory members of the lodge in regards to contract disputes. Three arbitrations in a year may not seem like a lot, but considering that's three more then we've had in the past ten years, it puts things in perspective.

Thanks to our friends at the Illinois FOP Labor Council, the supervisors have three arbitration rulings in their favor and a deal has been reached to avoid a forth arbitration.

The Executive Board of FOP Illinois Peace officers Lodge #10 would also like to thank all of the UIC Police members of MAP for their support of the UIC Police Supervisors throughout this year and we would like to wish everybody a Merry Christmas and a Happy New Year!!!!

The first of two bills that are expected to sharply curtail the power of unions in labor-friendly Michigan passed the House today, as an estimated 10,000 people flooded the Capitol area in protest. The second bill is expected to pass this afternoon. Michigan police told NBC News that they restricted... 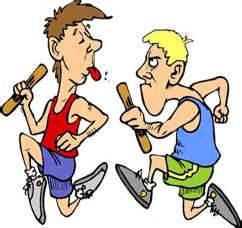 To all my runners, today registration opens for the 2013 Shamrock Shuffle 8K, which takes place on Sunday April 7th at 0830.

I want to put together a team competition this year, but to do this everyone has to register individually first and then I can put it together when I have enough people.

For us to hopefully be in the same starting corral put your finish time in to be 45 minutes (9 minute mile). It doesn't matter how fast you actually run I would just like most of us to possibly be in the same corral.

Be the first to know and let us send you an email when Fraternal Order of Police Illinois Peace Officers Lodge #10 posts news and promotions. Your email address will not be used for any other purpose, and you can unsubscribe at any time.

Other Government Buildings in Chicago

My name is Tim Amdahl I retired from the Illinois Department of Corrections, a field often forgotten. I have written a book called Broken Silence Badge 2717, it covers my entire career from the day I walked in to the day I stood my last role call. An awesome book for any new officer. Check out the review for yourself.
You have to stop racial profiling and Gestapo tactics! Handcuffing someone for a minor traffic violation...UN-acceptable!!!! THANK YOU, GOVERNOR TED LAMONT FROM CONNECTICUT, FOR TAKING THE LEAD WITH LAWS TO REFORM POLICING! New police reform laws to prevent police bullying, brutality, and murdering citizens with complete impunity (especially black people) IS OVER. We need judges, police officers, lawyers, teachers, CEOs, bankers, prison guards, politicians, clerics, etc...just not morally compromised ones. https://www.youtube.com/watch?v=4h-7wXoSJ1s THE NEW POLICING LAWS IN CONNECTICUT INCLUDE: No choking or strangulation of any kind Mandatory body cams (must be turned on during interactions) Cities and towns in Connecticut can create civilian review boards which will have subpoena power [the police CANNOT police themselves...too much bias] Mandatory bias training for police officers Hire MORE minority police officers The Inspector-General of Connecticut will investigate the use of force cases (excessive force) OTHER STATES WILL FOLLOW CONNECTICUT'S LEAD and also DE-fund police departments!!! Change is coming whether you like it or NOT! And no amount of demonic-masonic handshakes, rituals, a wall of blue silence, covering for other cops, or lies is going to stop NEW police reform laws. HAVE A NICE DAY
In this time of craziness.. #ChicagoPD should support their brothers and sisters in NY... #BlueFlu . Support the BlueFlu Movement!!!