For over a century, HIAS Chicago has been one of the most respected providers of immigration and citizenship services in the Chicago metropolitan area.

Hey HIAS Chicago followers! Did you know that HIAS Chicago is now a program of JCFS Chicago? Head on over and 'Like' their page to keep receiving HIAS Chicago news -- including information on this year's scholarships (also linked below -- deadline to apply is Janaury 15).

HIAS Chicago is a program of Jewish Child & Family Services and a partner with the Jewish United Fund/Jewish Federation of Metropolitan Chicago in serving our community.

We are deeply disappointed in yesterday's Supreme Court ruling to block DAPA and expanded DACA. Read a statement from the Illinois Coalition for Immigrant and Refugee Rights here:

(Chicago—June 23, 2016) The Illinois Coalition for Immigrant and Refugee Rights (ICIRR) and our member organizations are deeply disappointed with this morning’s US Supreme Court ruling blocking the Obama Administration’s immigration relief programs. These programs, Deferred Action for Parents of A...

Last week, 50 Jewish community leaders from 7 different agencies, including HIAS Chicago, traveled to Springfield for the annual Jewish Federation Mission. The group spoke with state lawmakers about the impact of the declining investment in human services and the budget crisis. Read more here:

The governor, the house speaker, the senate president, Republican leadership, and more than 30 legislators from both parties met with and listened closely to the group.

Do you know your family's immigration story? Want a chance to record and preserve it?

Thanks to the powerful 1989 Project from the Russian Jewish Division, JUF's Tikkun Fellowship, you might just be eligible to do so. Watch the video below, which features three Russian Jewish families' journeys to the United States, and be in touch if you're interested.

Do you know your family's story? Do you have grandparents? Do not miss a chance to record!
The 1989 Project is the Russian Jewish Division, JUF Tikkun Fellowhip project 2015 by Elina Marchenko. The video featured three Russian Jewish families’ journeys of immigration, including her own parents. One of the main goals of this project is to inspire others to record their journeys of the long, winding road that brought them here. Tikkun Fellowship is funded by Genesis Philanthropy Group.

SAVE THE DATE! HIAS Chicago's Annual Meeting and Scholarship Award Ceremony will be held on Tuesday, June 21 from 5:00 - 7:00pm. Join us as we celebrate another successful year of program and service delivery, and honor the accomplishments of our TEN scholarship winners.

On Monday evening, HIAS Chicago Director, Jessica Schaffer, was one of six speakers at the Jewish Council on Urban Affair's Annual Freedom and Justice Seder, this year themed 'The 11th Plague: Standing Against Islamophobia.' It was an honor to be included along with Rabbi Andrea London of Beth Emet The Free Synagogue, Tahera Ahmad and Michael Simon of Northwestern University, Sanah Khan of Forward Humanity, and Dr. Larycia Hawkins. Thank you, JCUA - Jewish Council on Urban Affairs!

How wonderful! A team of refugees will compete at the Olympic Games in Brazil this summer:

Previously, athletes who didn't represent a country weren't allowed to compete. The IOC says the all-refugee team will compete under the Olympic flag and be treated like all other teams.

Great news! We have extended the deadline to apply for a HIAS Chicago scholarship. Applications are now being accepted through midnight on Sunday, February 28. Find more info here: 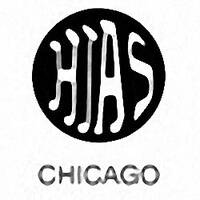 Today is the final day to submit your application for a HIAS Chicago undergraduate or graduate scholarship! You can apply online until midnight on Sunday, 2/21. You can find the applications on the HIAS Chicago website: http://hiaschicago.org/about-our-scholarships/.
#scholarship #hiaschicago

Only one week left to apply for HIAS Chicago undergraduate and graduate scholarships! More information and online applications can be found on our website:
http://hiaschicago.org/about-our-scholarships/
#scholarship #college #gradschool

What Does the President’s Budget Mean for Refugees?

President Obama plans to resettle 100,000 refugees in the US in FY17. Here, HIAS helps to explain what Congress will need to specifically fund in order to make that happen:
#refugeeswelcome

Yesterday, the Supreme Court agreed to hear the appeal of the 5th Circuit decision that blocked DAPA (Deferred Action for Parents of Americans) and expanded DACA (Deferred Action for Childhood Arrivals). This opens the door for a positive ruling on DAPA/DACA by June 30, which means that millions of immigrant families would be able to apply for these programs after that date. The following infographic explains everything that will happen between now and then:

Our scholarship application season is in full swing!
HIAS Chicago is proud to offer undergraduate and graduate scholarships as well as Julie Smolyansky Empowerment Scholarship for Women.
Please check out our website to see if you qualify and apply. Don't hesitate to call us 312-357-4666 or email [email protected] if you have questions about eligibility or application. Feel free to share this information!

The 2016 HIAS Chicago scholarship application period is now open! Please visit our website for the full information and application forms.

Don't you feel like you have a better sense of the amazing team here at HIAS? We have so many wonderful people who give back in various ways. Below is Irena Berezin, our attorney consultant, advising Lyudmila and Margarita about a few cases. Thank you to everyone who provides assistance!

A big thank you to Vanessa and Keisha for their help reorganizing our files! This makes a huge difference for us!

We love our time at the POC. Here's Daniella preparing to meet with a client.

Meet Bill! He is one of our newest volunteers at HIAS Chicago. He is a mock interviewer and tutor. He heard about HIAS from his friend Steve Krasner (a current HIAS volunteer). Bill says that he appreciates that this experience is a concrete and structured opportunity with highly motivated clients.


Bill is also a volunteer with the Lake County Forest Preserves in habitat restoration, specifically at the Ryerson Preserve. Big shout out to the Ryerson Conservation Area. Go check it out and go for a walk!


Prior to retiring two years ago, he worked in public administration at the federal level with Head Start. In his free time, Bill enjoys reading history and nonfiction, gardening at home and at his daughter's house, and spending time with his two granddaughters. Bill has been married for 43 years and has 3 children. He just came back from a trip to China and went to Peru last year. Next up for Bill is India.


Thank you, Bill, for all that you do!

HIAS Chicago Volunteer Judy Yublosky reading a poem she wrote for her citizenship class last night. We had a blast at our last class. Thanks, Judy!

We love attending oath ceremonies of friends and clients!

Open For Business: How Immigrants Are Driving Small Business Creation In The United States -...

Take a look!
"Immigrants start more than 25% of all businesses in seven of the eight sectors of the economy that the U.S. government expects to grow the fastest over the next decade. These include health care and social assistance (28.7%), construction (31.8%), retail trade (29.1%) and leisure and hospitality (23.9%), among others"

“Open For Business: How Immigrants Are Driving Small Business Creation In The United States” analyzes the increasing importance of foreign-born entrepreneurs on U.S. economic growth and job creation. Picking up and moving to another country is brave and risky, so perhaps it is not surprising that im…

The Integration Outcomes of U.S. Refugees: Successes and Challenges

Here is some light reading for your weekend.

Using previously non-public refugee admissions data from the State Department, this analysis finds that even as refugees come to the United States from increasingly diverse origins and linguistic backgrounds, some arriving with very low native-language literacy and education, most integrate successf…

Very glad that the Senate passed the Older Americans act in order to support the lives of the wonderful women in this video.

"My story is the American story."

Heartfelt story about this man's path to citizenship.

Claudius moved to the United States at 9 years old from Sierra Leone, a country torn by civil war.

Carol has been volunteering with HIAS Chicago for about 4 years now. She is an application assistant at workshops, a mock interviewer, and has taught our Spanish Language Citizenship Class. We want to say a special thank you to her as she is moving to Nevada soon.

Carol majored in romance languages and taught in the Waukegan school system as a Spanish teacher, was home with her kids for 10 years and then got a Master's Degree in Curriculum and Instruction. She then worked at Highland Park High School where she taught Spanish and ESL with a focus on bilingual education-she even taught social studies in Spanish!

In 2011 she retired and found HIAS. Now, she is teaching a class through CLC to factory workers in Waukegan. She loves to play tennis, golf, hike and bike. She is ready for more adventures! We'll miss you!

Thank you for all that you do, Carol!

A big thank you to everyone who joined us at our 2015 Annual Meeting. In case you missed it, please enjoy this video!

Be the first to know and let us send you an email when HIAS Chicago posts news and promotions. Your email address will not be used for any other purpose, and you can unsubscribe at any time.

Send a message to HIAS Chicago:

Other Public Services in Chicago