We are Deliverers, Developers and Organizers, members of the John the Baptist Generation, leading the Nu-Church Movement to REFORM, TRANSFORM, & RESTORE.

The D2O Army is a mobilization force – calling our generation to TURN from darkness to light; to FOLLOW Jesus Christ; to JOIN our Heavenly Father; to RECEIVE the power of the Holy Spirit; to ARISE as an army to transform our cities, this nation, and the world.

The D20 Army moving forward with this summers Scarlet Hope Campaign. Blitzing the blue sector inviting neighbors to join us Friday for a block event. Promoting hope through Christ centered fellowship of neighbors coming together to pray with each other for transformed community’s. 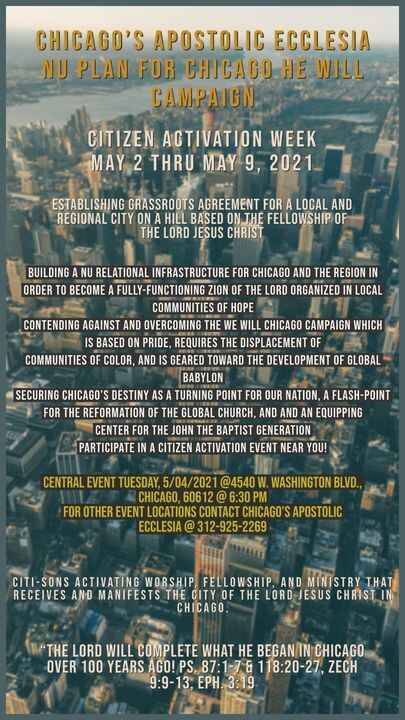 Plan on joining in the upcoming "HE WILL" Citi-Son Activation Celebration - as we activate worship, fellowship, and ministry that receives and demonstrates the City of the LORD Jesus Christ in Chicago. Zion's citizens are at the center of God's "Nu Plan for Chicago!"

Rededicating our lives to the Lord and binding ourselves to the altar of sacrifice so that every blood curse on the communities of our city can be broken by the power of the Blood Covenant we have through Christ Jesus and with one another. The breakthrough for our city depends on it. The Lord has a plan and HE WILL execute it through the sons of God.
#nuplanforchicago #HEWILL D2O Ministers are coming together to "Release the River" on "World Water Day," March 22, 2021. This is the 8th anniversary of when the Word of Reformation was 1st released on March 22, 2013. That initial release was like a hammer being thrown against the dam that had been holding back the the move of God in Chicago. Within a few weeks, Chicago, which had been in a drought, had the most intensive flooding in the region's history. And from that time until now, the move of God has been shifting and shaking things in the heavenly places, so that a fully-functioning Zion can be birthed "on the ground." In 2021 it is time for the same River of the LORD - which has been active in heavenly places - to be released "on the ground." This is the River of the LORD that flows from under God's throne. It causes desert neighborhoods to blossom like a rose (Isaiah 35), restores families to become fruit-bearing trees in the Kingdom of God (Isaiah 41), and creates the conditions necessary to build and become a fully-functioning Zion of the LORD, which is connected in local Communities of Hope (Psalm 107). The Word of the LORD that is this year's "hammer" releases the River to fulfill God's "Nu Plan for Chicago." This Word is that "HE WILL" complete what He began over 100 years ago in our city. HE WILL fulfill the prophetic promise given through Maria Woodworth Etter. HE WILL reform His Church to be a fully-functioning Zion. HE WILL transform neighborhoods that have been graveyards for youth into launching pads for purpose and destiny. HE WILL turn communities known for having unsolvable problems into problem-solving centers for the cities and nations of the world. To join this prayer, you may either attend in person - at 4540 W. Washington Blvd beginning at 6:30 PM, or you may attend virtually at https://global.gotomeeting.com/join/855188229.

City officials and affiliates have taken advantage of the crises our communities have faced due to CoVid-
19 by rapidly advancing development projects that threaten to displace black and brown families in our
neighborhoods without consulting the people who live in them. How will YOU respond? Donate @ nuchurchmovement.org

Friday Night's "HE WILL!" Event was so awesome, informative, and encouraging 🤩🤩🤩

On our way to visit families and recruit for Victory Club School of Community Empowerment!
#Super70

D2O officers worshiping the LORD JESUS and receiving The GOVERNMENT OF GOD .
HIS KINGDOM COME...
HIS WILL BE DONE!!!!
#KINGDOMOVERBABYLON

D2O Army Prayer Week: Cry Loud & Spare Not! Obadiah 1 and Psalm 50 directed our prayer for the Church to arise, for God's people to "cry loud and spare not" no matter the cost or consequence, and for the Army of the Lord to be completely dissatisfied with what the world has to offer (very little as it is) so we can come into purpose and destiny. God is shaking this nation, and His Church, until a witness and Bride without spot or wrinkle is standing.

Prayers that we proclaim will shift the Church into alignment!

Powerful time of prayer in the Burnside community with brothers and sisters from different communities around the city!

Joining the prayer and marching with our brothers and sisters in the Burnside community!

The D2O Army continues to push back against the forces that seek to drive plans for gentrification in our neighborhoods. The Garfield-Green C40 Project is a city-driven development plan being facilitated by the Preservation of Affordable Housing organization or POAH, an organization that claims to be against displacement but has made little to no effort to gain input from community residents including and especially legacy residents who live right in the footprint of the proposed site for building (5th Ave. & Kedzie). We are raising awareness about this issue, petitioning for a fair process and opportunity for resident-led development to be the deciding factor in what gets built in OUR communities, we are asking you to stand with us, and asking the question, "which do YOU prefer?" #citydrivendevelopmentthatleadstodisplacement OR #residentleddevelopmentthatleadstocommunityempowerment

Be the first to know and let us send you an email when D2O Army posts news and promotions. Your email address will not be used for any other purpose, and you can unsubscribe at any time.

Send a message to D2O Army: 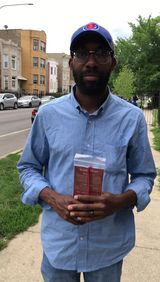 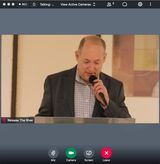 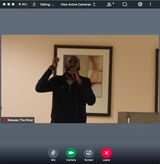 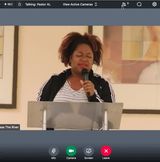 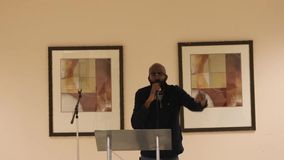 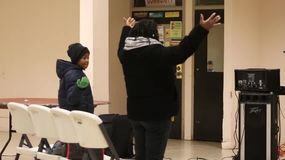 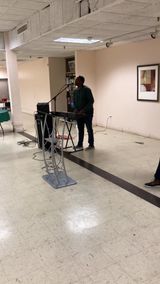 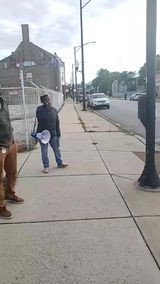 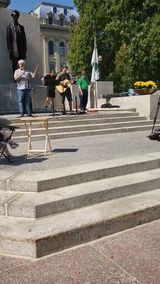 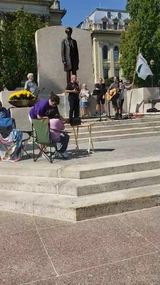 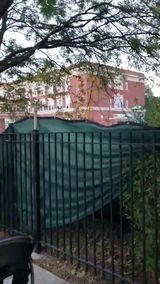 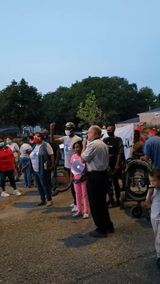 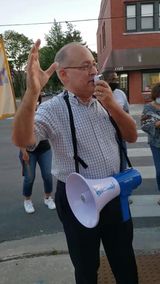 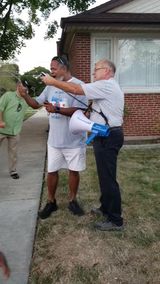 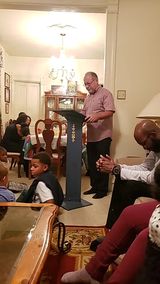 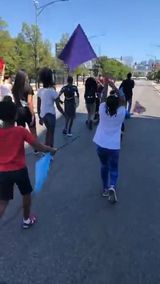 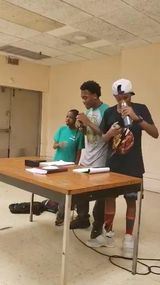 The dopest, most gifted young men!#hawkinsdownertribe 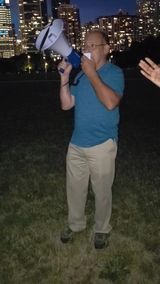 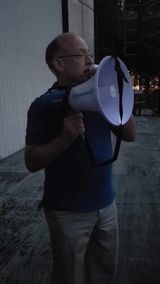 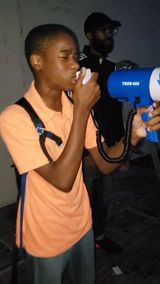 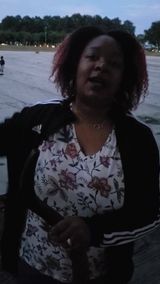 The D2O Army is a mobilization force – calling our generation to TURN from darkness to light; to FOLLOW Jesus Christ; to JOIN our Heavenly Father; to RECEIVE the power of the Holy Spirit; to ARISE as an army of reformation to transform our cities, this nation, and the world.

Other Public & Government Services in Chicago