Are you looking for your dream job? Curious how to get there? The ASVAB is so much more than just a test. Explore all your options and schedule the ASVAB today: https://go.usa.gov/xeD8E

Defend the country against any threat by land.
Capture, destroy and repel enemy ground forces during combat.

Job Description:
Motor transport operators are primarily responsible for supervising or operating wheel vehicles to transport personnel and cargo. They are the backbone of the Army's support and sustainment structure.

Job Duties:
Operate all wheel vehicles and equipment over varied terrain and roadways
Manage load, unload and safety of personnel being transported
Oversee and check proper loading and unloading of cargo on vehicles and trailers

Are you ready to enroll in college, launch your career or serve your country? You might be ready to join the #USArmyReserve. #ServeCloseToHome

Are you ready to enroll in college, launch your career or serve your country? You might be ready to join the #USArmyReserve. #ServeCloseToHome

Never fear failing! Get up and get going! Opportunity is always waiting on you! #MondayMotivation

What is a Fire Support Team?

Check out this video to find out and meet one of our very own featuring #Croatia's Storm Battery and 3-161 Infantry Dark Rifles.
🇺🇸 🇭🇷

Send us a DM to learn more about Army #Careers! 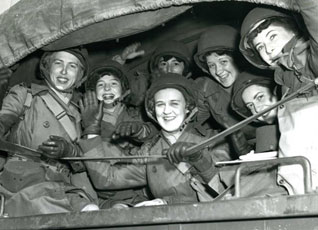 On 26 August, we commemorate the victory of women suffragists on the 101st anniversary of the 19th amendment, which granted women the right to vote, with Women’s Equality Day. The Army celebrates the courage and tenacity of those who challenged the nation to live up to its founding principles then, and the women who continue to do so today. In May, the Honorable Christine Wormuth was nominated to be the first female Secretary of the Army, and LTG Laura Richardson was nominated to become the second woman in Army history to receive the rank of four-star general. Their accomplishments are an example of the importance of diversity and inclusivity in the Army. #armyequityinclusion #peoplefirst #womensequalityday

U.S. Army | Secretary of the Army

#OnThisDay in military history, Germany surrendered Paris to the Allied forces - ending four years of Nazi occupation. The surrender came after days of fighting and came at a time when food was scarce across the city, as was access to healthcare. By midday on Aug. 25, the French flag had been raised over the Eiffel Tower, replacing the Swastika after more than 1,500 days. Many historians categorize Paris' liberation as a key win that lead to the end of the Nazi regime. #ArmyHistory

We know how to make an entrance. 🇺🇸

Ready for a challenge? Give us a call today to learn how the Army and Army Reserve can help you reach your goals!

The Three Repetition Maximum Deadlift (MDL) is part of the Army Combat Fitness Test (ACFT). The MDL event represents movements required to safely and effectively lift heavy loads from the ground, jump, bound and tolerate landing. It requires well-conditioned back and leg muscles and helps Soldiers to avoid upper and lower back injuries caused by moving long distances under heavy load.

What's your maximum deadlift weight? Drop a comment below! ⬇️

If it ain't raining, we'll find a way to keep training. 💧

Looking for new opportunities or a new career? We've got over 150+ careers in the #Army! Active or Reserve, there are options. Send us a DM, we'll connect you with a local recruiter.

Members of the infantry are ground troops that engage with the enemy in close-range combat. They operate weapons and equipment to engage and destroy enemy ground forces. This job is typically considered to be the job in the Military that is more physically demanding and psychologically stressful than any other job.

All enlisted service members complete basic military training, which includes time spent in a classroom and in the field, and covers tactical and survival skills, physical training, military life and customs, and weapons training. While some training is in the classroom, most infantry training is in the field under simulated combat conditions. In reality, training for an infantry service member never stops. Infantry service members keep their skills sharp through frequent squad maneuvers, target practice, and war games. War games conducted without live ammunition allow soldiers to practice scouting, troop movement, surprise attack, and capturing techniques.

Do you have what it takes? Follow the link to see if you qualify>>
https://goarmy.com

We appreciate them and the #Soldiers who operate them.

Leave the fog behind...
Because...
Success is in front of you.

Take a look at some of the awesome opportunities the #USArmy has to offer. Don't buy into the misconceptions...shatter them! Let us help you get started on securing your future.

Text GOARMYMI to 462-769 (GOARMY) to talk with a local recruiter today!

The 1st Army Value leads the way for the next six,

And is the foundation on which we build our #CultureofValues

That's one way to cool off 😎 🏊 #Training #TheWeekend #WeekendVibes

Today is #PurpleHeartDay, which recognizes not only the merit, but more importantly, the men and women killed and wounded in combat who have earned the badge of honor.

Why is everyone trying to become an Explosive Ordnance Disposal (EOD) Specialist? We're glad you asked. When they're not mastering tricks of the trade, they're disabling explosive devices and defeating obstacles in their path.

On August 5, 1858, Cyrus West Field created the first successful transatlantic telegraph cable, a technology later used to help Soldiers communicate during the Civil War. Mobile wagons were equipped with wire and poles for the rapid laying of telegraph lines.

#DYK that Wendy’s started as a spinoff of an Army mess hall?

R. David Thomas was born on July 2, 1932, in Atlantic City, N.J. Knowing he would be drafted, he volunteered for the Army during the Korean War to have some choice in his assignment. Thomas enlisted as an Army cook, attending the Cook and Bakers School at Ft. Benning, Ga.

After training, he was sent to Germany as a mess sergeant and was responsible for feeding 2,000 soldiers daily. He credits this experience in mass food production to his success with his own fast-food business.

He was discharged in 1953 at the rank of staff sergeant, and his first civilian job afterward was at Kentucky Fried Chicken, a business on the verge of collapse. Working alongside Colonel Sanders himself, Thomas turned the failing store into a million-dollar success.

In 1969, he opened a hamburger stand on a street corner in Columbus, Ohio, naming it after his daughter Wendy, the youngest of his five children. It was an instant hit. Within a decade, the stand grew into a fast-food empire which boasted 2,000 franchises.

Got a business idea? Get your foundation in the Army. 150 career paths available! Start here: https://go.usa.gov/xfbYp

As a Joint Fire Support Specialist (13F), you will gather intelligence and enemy target location to help the Army determine where and how to deploy artillery in mission based situations.

“I couldn’t be more grateful for having the support of the Army and @usarmywcap. It means the world to me that I can serve the country and give back to the community… and also do what I love as an athlete.”

Be the first to know and let us send you an email when Go Army Detroit Metro posts news and promotions. Your email address will not be used for any other purpose, and you can unsubscribe at any time. 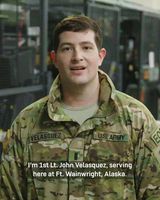 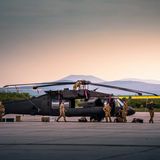 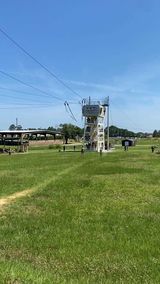 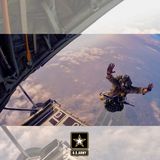 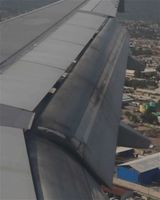 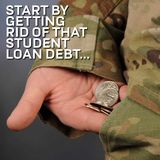 2021 Olympian SGT Sunderman: Follow my journey to the Games

Why I Serve | SPC Mastroberti

Where Will You Take Your Future.mp4 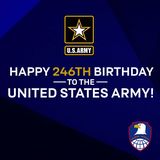 The U.S. Army - A Timeline of Events Leading to the Creation of America's First Institution 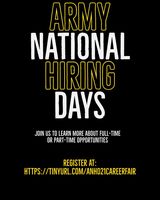 Other Government Organizations in Eastpointe

Look out for our new ride #Detroit! Our Battalion Commander, Ltc Gregory Turner recently spent some time with SFC DeMarko Stephens to deliver our new U.S. Army truck and to take it for a spin. If you see us out and about, say hi and see what the #USArmy can do for you! GoArmy Michigan Eastpointe Army Recruiting Detroit Metro Army Recruiting Center Mount Clemens US Army Recruiting U.S. Army Recruiting Station, Dearborn, MI
Hello! I want to send a care package to my nephew in Yakima, WA. Could I have some suggestions please. Thank you, Julie