1st Squadron, 1st Cavalry Regiment "Blackhawks" is part of the 2nd HBCT 1st Armored Division. We ar One fourth of the Regiment’s officers and men died of fever.

Perhaps the most personal vestige of our proud heritage is our unit crest. It depicts the Black Hawk, symbolizing the Black Hawk Wars against the Indians in Michigan, Illinois and Indiana. The Hawk is encircled by the Dragoon saber belt and buckle which has a “D” thereon, symbolizing the Dragoons. The gold, eight point star which forms the background of the crest was the Dragoon’s insignia until 1

Perhaps the most personal vestige of our proud heritage is our unit crest. It depicts the Black Hawk, symbolizing the Black Hawk Wars against the Indians in Michigan, Illinois and Indiana. The Hawk is encircled by the Dragoon saber belt and buckle which has a “D” thereon, symbolizing the Dragoons. The gold, eight point star which forms the background of the crest was the Dragoon’s insignia until 1

Since the beginnings of the Sun Bowl parade, El Paso has invited our troops to help lead the way during the largest annual event in the Sun City every year and this Thursday's parade will be no different. Thank you to everyone who makes our troops and their families feel at home in the Borderland. 🥰

Please join us in congratulating a couple of who are new US Citizens! An initiative near and dear to our Chaplain's heart, PFC Escobar (Beast Troop) and SPC Chevalier (Dakota) received their citizenship today. We thank them for their service and dedication to this great nation!

Over the past 48 hours 1-1 CAV soldiers participated in our Squadron Spur ride! Here’s a few sneak peek photos of this Traditional event. Those who made it through the full 36 hour event will be awarded with their Spur’s this afternoon and will forever be a spur holder moving forward in the Cavalry community. Congratulations candidates! 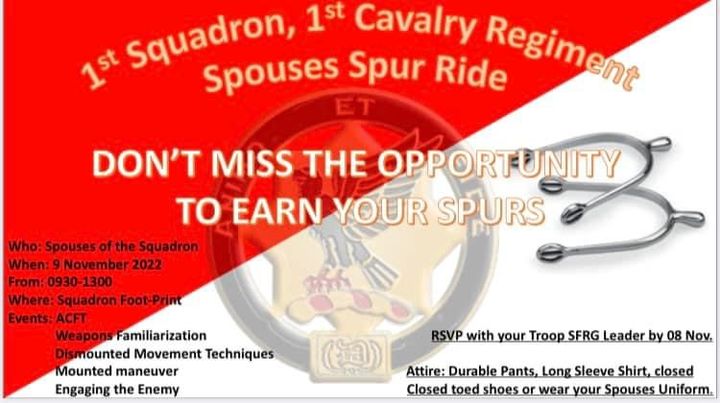 1-1 CAV spouses - come earn your spurs! Join us at the motorpool at 0930 on Wednesday, 9 Nov. Kids are welcome to attend, they just can't do the Bradley ride part (their soldier parent can watch them during that portion). Please direct all questions & RSVP to your chain of command. If you're already a spur holder, come cheer on the candidates!

Thanks to everyone who came to the Blackhawks' Trunk or Treat, and especially to those who helped to set everything up! Post pictures in the comments if you have any. Happy Halloween Blackhawks!

We'd like to invite all Blackhawks and Families to the Squadron's Trunk or Treat event this Friday! 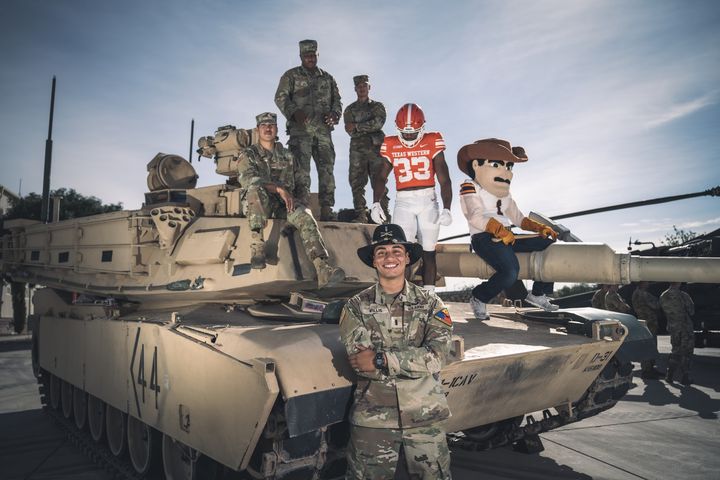 Best of luck this season to the Miners and STRIKE HARD!

Ok Strike Team, let’s talk about Mindset. Mindset is an approach, a way of thinking, or a set of attitudes and beliefs about how we view the world. It can be a lens through which we experience adversity and stress. Bottom line - how we choose to interpret challenges affects how we perform under pressure. When we adopt what is known as a “growth” or “stress mindset,” we see stress as helpful to performance. Not only do we perform better, but we leverage challenging situations as opportunities for growth. These experiences help us become stronger, wiser, and more resilient. As a result, we stand more mentally and physically ready for the next challenge.

Our NTC rotation is prime opportunity for this. Let’s maximize our training by regulating our mindset. If you want to learn more about how to do this, talk to your 2/1 H2F Mental Readiness team or check out this article from Human Performance Resources by CHAMP: https://www.hprc-online.org/mental-fitness/sleep-stress/make-stress-good-you Just a friendly reminder that today’s Town Hall will take place at 1730 (5:30 pm) today! We will be live streaming the event for those who can’t make it tonight. 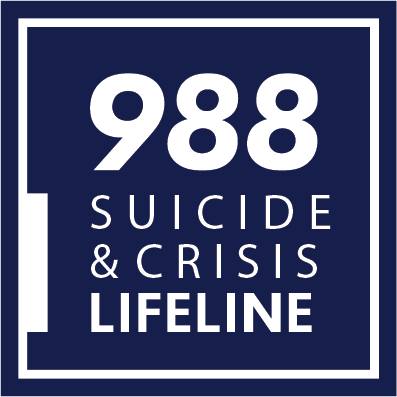 988 is the new, shorter, and easier to remember number for the Su***de & Crisis Lifeline. This confidential and free hotline (formerly the National Su***de Prevention Lifeline) is available nationwide, 24hrs a day, 7 days a week. Callers experiencing emotional distress or suicidal crisis are quickly connected to a trained counselor for support. The old number, 1-800 273-TALK, still works too!

The 1st Armored Division H2F Workshop will be 26 and 27 July. This workshop brings together military and industry human performance subject matter experts. Learn about how the H2F System is employed to improve Soldier lethality and readiness, optimize physical and non-physical performance, reduce injury, rapidly rehabilitate and recondition injured Soldiers, and improve unit morale and effectiveness. All personnel are invited to attend the morning guest speaker presentations. See flyer for details.

Next up for 2nd Brigade’s Foundational Readiness Training focus on Sleep Management: Caffeine.

Caffeine can be effective for optimizing mental alertness and improving cognitive performance in operational environments. The key to success is to use it wisely.

During periods of restricted sleep (6 hours or less per night), tactical napping combined with appropriate doses of caffeine may help sustain performance and alertness. For most individuals, the optimal dose of caffeine is 200 milligrams every 6 hours on duty. Check out these graphics for more details. Be sure to stop use at least 4-6 hours before bedtime and follow any specific recommendations from your medical provider.

Squadron Blankets have arrived!! I ran out of packing tape but the ones who ordered for shipping should go out tomorrow or Wednesday to USPS. I'll be bringing the others to the squadron by Wednesday and S1 will have them for pickup. Thank you all for your patience with this, apparently everything that could go wrong at the factory did go wrong, but we finally received the order this weekend.

Strike Brigade’s upcoming Foundational Readiness Training focus is Sleep Management. Look for social media posts throughout the month of June that highlight techniques to improve sleep, strategies to maximize sleep in tactical environments, and a multitude of sleep improvement resources available to Strike Soldiers. Sleep is a critical element to Soldier performance, readiness, longevity, and overall health. It is one of the five H2F readiness domains.

Let’s get started with the basics: sleep tracking. Sleep tracking is effective because it brings attention to how daily habits and the environment affect our sleep. Tracking shows how changes you make in your daily routine impact the quality and quantity of sleep. Start tracking tonight with the Insomnia Coach App (free at this link Insomnia Coach | VA Mobile), the CBT-I Coach App (free at this link https://mobile.va.gov/app/cbt-i-coach), a paper sleep diary, your smart watch, or just a plain notebook.

Tune in tomorrow at 1300 Mountain time to watch Comanche Troop 1st Squadron, 1st Cavalry Regiment change of command ceremony! We’ll be streaming it live here on Facebook for those who can’t be in attendance. We are very happy to welcome our new Squadron Chaplain, Chaplain David Craig, to the Blackhawks! CH Craig hails from Iowa and has been serving in the Iowa Army National Guard for 11 years. Yesterday BH6 had the privilege to swear him in to active duty. We are thankful to have him on our team!

For all you current 1-1 CAV soldiers/loved ones - Tickets for the Cocktail Party are now on sale! Please contact S1, S4, Demon Troop XO, or your 1SG for more information. Also, check your Troop or the Squadron Private Facebook Group in the next few days for a link to purchase online. Tickets on sale until 29 April, only 350 available!

Our Blackhawk soldiers are getting some great training in this week on their respective platforms while conducting Platoon STX lanes.

Blackhawk Friends and Family, Squadron Blanket Sales are starting again! Below is the link to our Square sale site. Please read the item details carefully, we will collect all the orders first, and then the vendor will make the blankets and ship them back to us in bulk. They'll be available for pickup at the Squadron, or we can ship them flat rate at an additional cost. These make great souvenirs and gifts! All proceeds will go towards our Squadron event fund supporting our upcoming Ball in May. https://checkout.square.site/buy/HFZ4P7ETDWTTLAKD62L3NWM3 For questions please email [email protected]

Since March 2nd, 1833, the Blackhawks have faithfully served our nation, and have earned recognition for gallant action in nearly every American military conflict. There is no way more fitting to carry forth the legacy of our forebears than by building our lethality through tough training! Today the Blackhawks are celebrating our birthday at crew gunnery and platoon live fire exercises—preparing ourselves once again to be ready to answer our nation’s call. Blackhawk 6 and 7 wish all past and present Blackhawks a Happy 189th birthday!
Courageous and Faithful!
Dakota Troop, 1-1 CAV
Hatchet Troop 1-1 Cav
Apache Troop 1-1 Cavalry
Beast Troop 1st Squadron, 1st Cavalry Regiment
Comanche Troop 1st Squadron, 1st Cavalry Regiment
Demon Troop, 1-1 CAV. SFRG
2nd Brigade, 1st Armored Division See below for a message from Brigade. "No change to current mission." We know it's been challenging watching the news lately, but hopefully this will reduce any anxiety about where our soldiers might be headed any time soon. They're all doing great work training hard right now. !

For our Team's awareness:

While we watch world events carefully, our focus remains on our current training mission and improving our overall readiness. There is no change to our mission at this time. We will continue to increase our Soldier's proficiency on their assigned weapons platforms over the coming months.

As some of the Blackhawks will be supporting Operation Allies Welcome over the Christmas weekend, we would like to recognize their selfless service, along with the service of all of our Soldiers who have dedicated themselves to this critical mission and to our readiness. Thank you also to our Families for your sacrifice and loving support to your Soldiers, especially during this busy holiday season. Our team is stronger because of you. We wish you peace, joy, and Happy Holidays!
-LTC Williams and CSM Barthel

Keeping in touch with each Soldier’s Golden Triangle is an important part of taking care of each other, and builds trust across our team. This video provides some more information about the Golden Triangle’s purpose and how it works.

Happy Thanksgiving to all Blackhawks and Families! I am deeply grateful for the hard work and long hours each of our Soldiers have committed, both to Operation Allies Welcome and to our readiness. Most of all, I am thankful for your commitment to each other. Your sacrifice, especially over this holiday period, has a profound impact on our team and on our nation. I am proud to serve on this team of disciplined Cavalry professionals!
Courageous and Faithful!
-Blackhawk 6

I highly recommend this podcast to anyone interested in meaningful discussions about leader development!

The Strike Brigade has a Podcast!

It’s only two episodes so far, but we’re working on expanding our series on “leader development”.

Our goal is to engage in discussions that span the spectrum of desired leader behaviors.

Each episode is less than 30 min (perfect for that drive to work).

Check it out if you have the chance! The first episode is a sit-down with the BDE Senior NCO, CSM Kohunsky.

Be the first to know and let us send you an email when 1st Squadron, 1st Cavalry Regiment posts news and promotions. Your email address will not be used for any other purpose, and you can unsubscribe at any time. 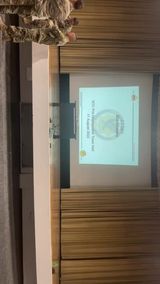 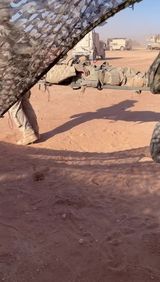 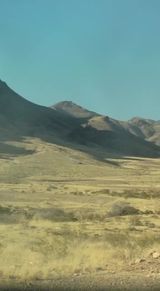 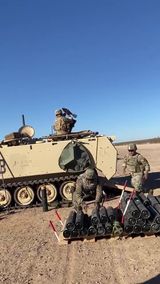 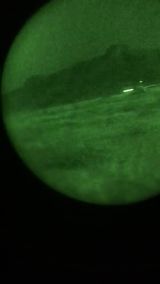 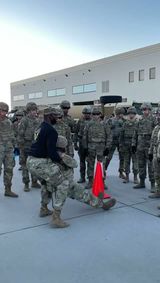 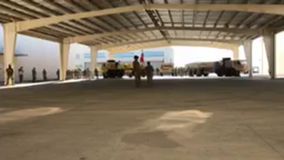 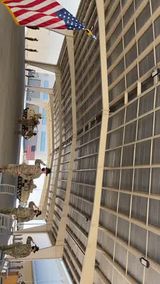 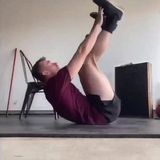 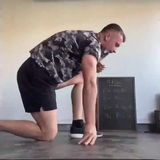 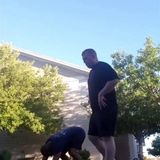 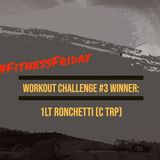 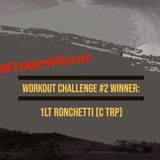 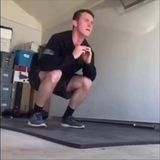 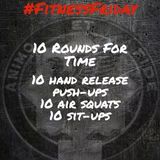 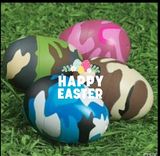 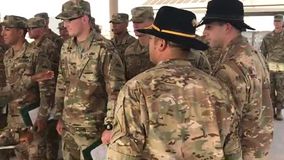 Other Government Organizations in El Paso

Other Government Organizations in El Paso (show all)