This is the OFFICIAL page of the HHB HAVOC of 2-43 ADA BN, a PATRIOT Air Defense Artillery

Congratulations to 1LT Stoddard and all the new First Lieutenents in the Warrior Battalion!

Warrior S6, CRG, and HAVOC HQ getting after it!

Outstanding job for the Warrior Battalion and Congratulations SPC Nixon

Havoc and Crusader’s getting it done! Some good training in Havoc Battery and across the Warrior BN!

Good Afternoon Warriors! The Army Ten-Miler is forthcoming! If you would like to participate, pictured below are the details and link to sign up. Sign up individually and run together as a member of the Warrior team on 12 October. 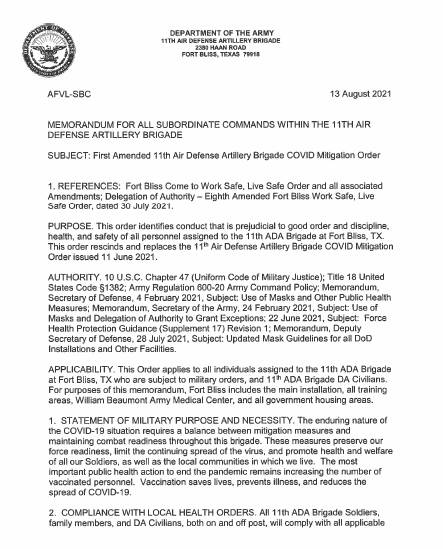 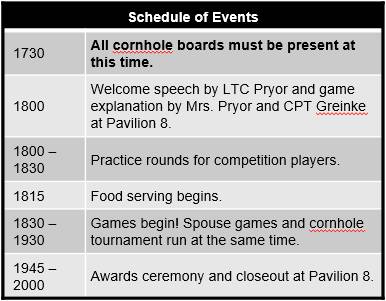 Good morning, Warrior Friends and Family! We are excited to see you all THIS FRIDAY at Biggs Park for games, fun, and food! Come out to meet the new BN Command Team and enjoy some friendly competition. The first 100 will get free tacos and Kona Ice! 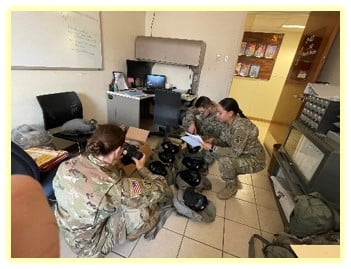 The HAVOC Battery SFRG will meet at 1700 same location.

Come out and meet fellow spouses within the Warrior Battalion. Are you ready for a FUN Saturday morning? If so, sign up for the Old Ironsides Kids Hustle & Muscle Challenge!

Huge thanks to our sponsors Academy Sports + Outdoors and EP Dentistry 4 Kids - Dyer for their support!

Help us celebrate Fort Bliss Military Spouses with our Military Spouse Appreciation Day Drive-By Parade! Join us on Friday, May 7th from 11am-1pm for pizza, a tasty treat and crafts! Make sure to smile for our photo both!

Save the Date: Postwide Yard Sale is in a month!

Join us May 11th for this special military family education webinar! Register with the link below:
https://urldefense.com/v3/__https://bit.ly/3v4AooH**B3E__;wqAl!!A_Yfr0wlxos!lVZoMPrnQjbfY3AuXpwYbIBdIazvkr8bYa4fXwfSROhMxe-FlCxcgmia4Dqp-hhpmooyuT4$

The coolest place in town for dogs

Looking for a job?

Fort Bliss Directorate of Human Resources – Transition Assistance Program (TAP) and the Department of Health and Human Services (DHHS) is hosting a hiring event this Friday. This is a great opportunity for our local families and veterans. TAP counselors will be on-site to assist applicants with resumes and applications in real-time. This employer will be hiring for positions on the spot.

Be the first to know and let us send you an email when HHB Havoc, 2-43 ADA BN posts news and promotions. Your email address will not be used for any other purpose, and you can unsubscribe at any time. 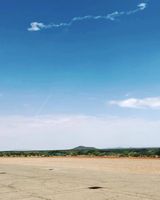 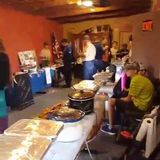 Below is this quarters Newsletter!

HHB Havoc, 2-43 ADA BNA/2-43 ADABravo 2-43 ADACharlie Battery 2-43 ADA "Crusaders"Delta Battery, 2-43 ADA BNEcho Company, 2-43 ADA
On 20 August 2021, 2-43 ADA Officers conducted Officer PT at Nations Tobin Park. Officers across the Warrior Battalion competed against each other in a game of Kickball. This was a great opportunity to meet new members of the Battalion, and also provide professional development to the junior officers of the battalion.

“Strength in Honor… Second to None!!!”

HHB Havoc, 2-43 ADA BN A/2-43 ADA Bravo 2-43 ADA Charlie Battery 2-43 ADA "Crusaders" Delta Battery, 2-43 ADA BN Echo Company, 2-43 ADA
From 15 NOV 2021 to 15 DEC 2021, Warrior Battalion Soldiers competed to see who was the most tactically proficient and knowledgeable Soldier for each MOS and crew. Soldiers were given written tests and simulated drills to determine who was the best. Congratulations to all that competed and won in their MOS and crew categories during the 2020 Best Warrior Competition!

HHB Havoc, 2-43 ADA BN A/2-43 ADA Bravo 2-43 ADA Charlie Battery 2-43 ADA "Crusaders" Echo Company, 2-43 ADA
On 01 April 2021, the Warrior Battalion conducted the first ASU inspection post deployment. Following a day full of inspections, 2-43 ADA BN held a ceremony to recognize those that stood out throughout the week leading up to the inspection. These select Soldiers were nominated by their command teams as a result of their dedication and overall professionalism. Each was recognized with a Battalion coin by LTC Kelley and CSM Wells.

HHB:
The month of January continues on and the development of our replacements’ understanding of their responsibilities within the greater mission continues to improve. This week saw HHB, 1-43 ADA taking over half of the building to allow for continuous daily operations to occur for each unit. HHB, 2-43 ADA executed simultaneous focus this week as the 2QFY21 HAVOC Enlightenment was executed. The training was focused on the topics of SHARP, MRT, and EO but was presented in a game show format of Jeopardy, Who Wants to be a Millionaire, and Wheel of Fortune with the participants dividing into teams. The involvement in the audience was much more apparent than in training executed in the past, as Soldiers were able to participate and display their knowledge on the subjects. The preparation for the return to Fort Bliss continues for the bulk the Warrior Battalion, and HHB is no different. Property accountability is the primary focus of these tasks for the Battery Headquarters this week. This includes making sure property DA Form 2062s are prepared to ensure all items carried back are property documented upon return. The hand off of responsibilities to HHB, 1-43 ADA does not impair the ability of HHB, 2-43 ADA to remain ready to support the Warrior Battalion and adjacent units.

CHARLIE:
Crusader Nation continues to embrace the incoming unit with open arms by ensuring all logistical and life-support arrangements are taken care of upon arrival. With the increase in personnel on site, Crusader Nation doubles its efforts to enforce COVID mitigation practices to maintain the health of the force. Property inventories and ABML training have been the focal point as the Crusader Nation works tirelessly to make the transition as smooth as possible. Most importantly, we want to make sure the Champion Team is set up for success and able to carry out the mission. Simultaneously, redeployment activities must continue alongside the transition. Despite a busy schedule, Crusaders were able to make time to conduct quarterly SHARP/EO, PDHA, and a slew of tasks. And last but not least, the Crusader Nation remains ready to execute their AMD mission at any time. Morale is high with Charlie Battery as the finish line is near, which gives Crusader Nation motivation to knock out redeployment activities, AMD Operations, and COVID Mitigation with ease. Conquer or Die!

DELTA:
This week the mighty Dragons continued to deep dive into the RIP process and property inventories in preparation to depart theater and pass on their highly critical mission! Personnel continued to conduct property inventories, with 100% of Delta Battery’s equipment being signed over this week, leaving only E CO’s FMT equipment to be inventoried and signed over. Personnel also took this time to go over administrative TTPs with incoming personnel, such as E CO property, mail operations, fuel retrieval, Field Ordering, and AMD-specific supply needs, such as accounting for munitions in the property book. Delta’s FMT personnel also were awarded their Pig Awards, a rite of passage recognizing the “hard work and filth” associated to being a true mechanic. The entire unit was able to participate in this presentation, which featured six of Delta’s FMT personnel being awarded. These mechanics showed that they truly deserved that recognition by carrying out critical vehicle and generator maintenance activities the very next day. The unit continued its normal day-to-day training and maintenance activities, with B/ 1-43 ADA being in the seat.. The Dragons are extremely excited to be going home soon, and our Soldiers are very appreciative of the training that this RIP process has offered, as they are able to gain experience training other personnel on the critical tasks that they have been executing over the past year.
Give 'em Hell!

ECHO:
This past week the Wolfpack focused their efforts on passing their vehicles and storage containers through US Customs inspections for shipment back to Fort Bliss. Echo Soldiers worked tirelessly to ensure that each item inspected was free of dirt and debris. Certified Echo Soldiers also checked each item for safety and hazardous materials compliance prior to receiving approval from the US Customs inspectors. Kill em’ all!

Highlights: SPC Gomez cleans the dashboard of an MTV. SPC Palmer checks hard-to-reach places of an LMTV for dirt and debris. SPC Bunch cleans the floor of a vehicle shelter.

ECHO, 3-4 ADAR:
Battery Team Executioner continues to prepare for redeployment to ensure a successful hand-off for our replacements. Movement tasks continue to be knocked out in order to get personnel and equipment back to home station. The SICO on the replacement equipment for 1PLT equipment has continued to be knocked out and we now have a bit more fidelity on when 3PLT’s replacement equipment will arrive. All documentation has now been signed off and submitted to 840th transportation (and 831st for our Ghost PLT), allowing the Executioners to focus on the RIP/TOA tasks. We received our Military Shipping Labels and will be setting up the Echo BTRY equipment for redeployment slowly but surely in the next two weeks. As we near the end of our deployment, the Executioners maintain readiness and remain vigilant to engage any potential air threat that comes their way. Staying active to avoid complacency, these Executioner Paratroopers always have and always will continue to lead the way.

Highlights: Now that C/5-5 ADA has boots on ground, one of our 14Gs, SPC Phlai, begins showing her replacement how the Shelter is set up and how the Early Warning team connects to the Avenger Fire Units. Ghost Platoon receives their replacement unit’s equipment. Reception of this much needed equipment allowed them to begin knocking out the SICO tasks for all of the replacement equipment. The Echo BTRY Orderly Room NCOIC, SGT Kayusa, begins showing the C/5-5 Supply Specialist the continuity products created for them and answers his questions about the base.