Join us next Monday and Tuesday for the AFOS Fall 2020 Virtual Meeting! 12 hours of COPE approved CE by fantastic speakers. All free for AFOS members!

Register for next week’s courses on our website www.afos2020.org

Join us next Monday and Tuesday for the AFOS Fall 2020 Virtual Meeting! 12 hours of COPE approved CE by fantastic speakers. All free for AFOS members!

Register for next week’s courses on our website www.afos2020.org

The Army Coaching Program: Why I Opted in and You Should Too - From the Green Notebook

The Army Coaching Program: Why I Opted in and You Should Too - From the Green Notebook

By Cassie Crosby After participating in the Army’s Battalion Commander Assessment Program (BCAP) in January 2020, I received a mass email to all BCAP participants from Major General Joseph P. McGee, the Director of the Army’s Talent Management Task Force (ATMTF), at the time. In this email, the ...

We honor the brave first responders who showed extraordinary courage to save others on that fateful day & the heroic men and women of our Armed Forces who fought in defense of our country in the aftermath of the largest terrorist attack on American soil.

Congratulations to all of our Army Optometrists selected to the rank of Major!

Happy #IndependenceDay from the U.S. Army

It's Official: The Army Is Getting Rid of Officer Promotion Photos to Help Eliminate Bias

It's Official: The Army Is Getting Rid of Officer Promotion Photos to Help Eliminate Bias

Use of the photos will be suspended as of Aug. 1, according to an Army memo.

Shout out to all the Army Dads!

Happy Father's Day to all the dads and Soldier dads! Thank you for all that you do to support the U.S. Army!

Request a ballot by August 1 to vote.

The #USArmy will always answer the call to protect America no matter the challenges we face as a nation.

Has your clinic been outfitted with the Rabin Cone Contrast Test? If so, please post your ordering TTPs in the comments.

Using a combination of color and contrast, the Rabin Cone Contrast test is a quantifiable measure of color vision, allowing detection of both hereditary and acquired color vision loss.

Confused about labs!?!? Dr. Elkins will help you put the pieces together in her lab review course tomorrow at 8pm ET.

"Leadership is solving problems. The day Soldiers stop bringing you their problems is the day you have stopped leading them. They have either lost confidence that you can help or concluded you do not care. Either case is a failure of leadership." – General Colin L. Powell

As leaders, we often overlook the quality of being approachable. More than just a nice-to-have, the art of being approachable is a necessary attribute for effective leaders at any level or organization because it is a pre-condition of trust and open communication. The trouble with failing to develop this critical leader attribute is that others probably will not tell us because we are not approachable!

DEFINING APPROACHABILITY
Approachable leaders are open and accessible, easy to meet with and deal with, and easy to understand and connect with. Subordinates find you easy to talk to and do not fear your reactions. The only opinions that matter in accessing approachability are the opinions of those around you - yours does not really matter!

WHY IT MATTERS
- Avoiding groupthink.
- Building trust.
- Learning of problems early, left of the bang.
- Develop a learning environment.
- Sets conditions for candor and free competition of ideas.
- Receive feedback.
- Did we mention trust?

FALSE ASSUMPTIONS OF APPROACHABILITY
#1 Telling everyone that I am approachable will make me approachable.
#2 If I smile a lot, act generally pleasant, or joke around with people, I will be approachable.
#3 My expertise, position, or rank will guarantee people will come to me with their ideas, problems, and concerns.
**Remember, only others' opinion of your approachability matters!

The Field Grade Leader provides these tips to be more approachable:

#2 Don't stay in your office and wait for them to come to you.

#4 Don't be preoccupied or distracted.

#8 Manage your reactions and emotions.

When we are approachable, we create opportunities for leadership, mentorship, and empathy. Take time to invest in your approachability!

The Department of Defense (DOD) officials are closely monitoring the outbreak of the respiratory illness caused by the 2019 Novel (New) Coronavirus (2019 -NCOV also commonly referred to as COVID-19), which was first detected in Wuhan City, Hubei Province, China. DOD will closely coordinate with our.... 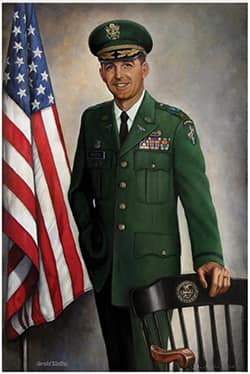 On this Memorial Day, Army Optometry remembers and honors Major Charles “Rob” Soltes. MAJ Soltes is the only doctor of optometry in recent U.S. military conflicts to die on active duty. He was assigned to the 426th Civil Affairs Battalion in Iraq as a Public Health Officer to help restore the public health infrastructure in Mosul. While returning from a hospital visit with Iraqi health officials, MAJ Soltes was apart of an American convoy struck by an explosive device. He died that day, October 13, 2004 at age 36, from injuries sustained in the blast.

Through the hard work and dedication of his wife Dr. Sally Dang, who is also an optometrist, in 2010 Congress passed a bill naming the Long Beach VA rehabilitation center the Major Charles R. Soltes Jr., O.D. Department of Veterans Affairs Blind Rehabilitation Center.

A native of Irvine, CA, MAJ Soltes graduated from Norwich University in Northfield, VT with a Bachelor of Science degree in 1990 and received his doctorate in optometry from the New England College of Optometry in 1994. MAJ Soltes joined the Army Reserve in 1990 and served on active duty as an optometrist from July 1994 to September 1999. His assignments during that time included Brooke Army Medical Center, Fort Sam Houston, TX; the 168th Medical Battalion, Camp Walker, Korea; and Keller Army Community Hospital, West Point, NY.
He was later assigned to the 7214th Medical Support Unit, Garden Grove, CA while serving in the Army Reserve.

Good Leadership is About Communicating "Why"

Leaders often neglect to explain "why" for two reasons:
1. They assume explaining "what" and "how" is the fastest way to influence their audience (does not imply a speech).
2. They think the answer to "why" is so self-evident it does not require explanation.

The Reasons to Explain "Why"
1. Understanding "why" fuels motivation.
2. Communicating "why" demonstrates empathy.
3. Providing "why" is more persuasive.

Three Strategies to get to the heart of "why"
1. Ask some good "what" questions (i.e. What is at stake if we do or do not do this?)
2. Follow up with "because" (the reason or consequence for why)
3. State alternate perspectives (address skeptics and counter arguments)

Questions for Reflection:
- How have you reacted when told to execute without knowing why? How has this differed from when you understood why?
- Is this a more or less effective way to communicate with millennials?
- Are there times when "why" should not, or does not, need to be explained?
- Is your time so valuable and scarce that you do not have enough to explain the "why"?

Leaders! If you've enjoyed #MSCLeaderDevelopment so far, why not take five minutes and do us a favor.

Share us, re-tweet us or invite others to like the page on FB. Developing leaders requires a network to ensure we reach as many people as possible, only you can make that happen! 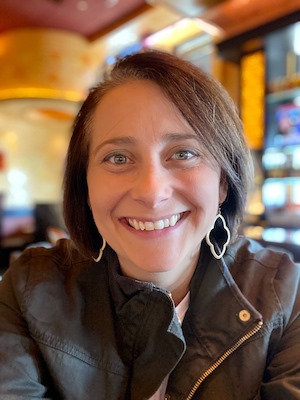 For our OCONUS folks

AFOS Members overseas... please note that we will be hosting the Dr. Elkins CE course tomorrow at 3pm CEST.

You can register by clicking here https://webinar.ringcentral.com/webinar/register/WN_rCyY_IVYR-G6lAX-6QllvQ

Join us tonight for online CE starting at 8pm ET! Do you like Dateline?? Dr. Meghan Elkins will present a 1-hr “Investigative Grand Rounds” course, you are sure to enjoy! Free for AFOS Members!

A message from the Command Team:

As we focus on the monumental task of transforming the way Army Medicine trains, while navigating the constraints of a global pandemic, today we take time to celebrate our Centennial, MEDCoE 2020. The 100th anniversary recognizes 15 May 1920, the date the Army approved the creation of the Medical Field Service School, where the MEDCoE traces its origin. Much design and planning went into its construction, and the school finally received its first students in May 1921. Through several wars, times of National crisis and worldwide humanitarian efforts, our mission of training the world’s premier military medical force remains unchanged.

In the 100 years since its inception, the MEDCoE has established itself as the Army’s Center of Gravity for Medical Education and Training, Medical Capability Development and Medical Doctrine Development and Integration. We train hard to achieve zero preventable deaths on the battlefield.

Our objective remains enabling a ready medical force and force health protection. As we increase Soldier survivability on the battlefield, the Army’s lethality increases. We welcome this awesome responsibility, TO CONSERVE FIGHTING STRENGTH, and are already looking forward to the bright future of the Medical Center of Excellence and the Army during our next 100 years.

Save your Tuesdays for AFOS! AFOS is hosting 4 1-hour courses of online CE starting Tuesday, May 19th at 8pm ET! Free for AFOS Members!

Be the first to know and let us send you an email when Army Optometry posts news and promotions. Your email address will not be used for any other purpose, and you can unsubscribe at any time.

Other Government Organizations in Falls Church